The sight of the only Olympic golf ever played in the United States is right in St. Louis' back yard. And Glen Echo has some stories to tell 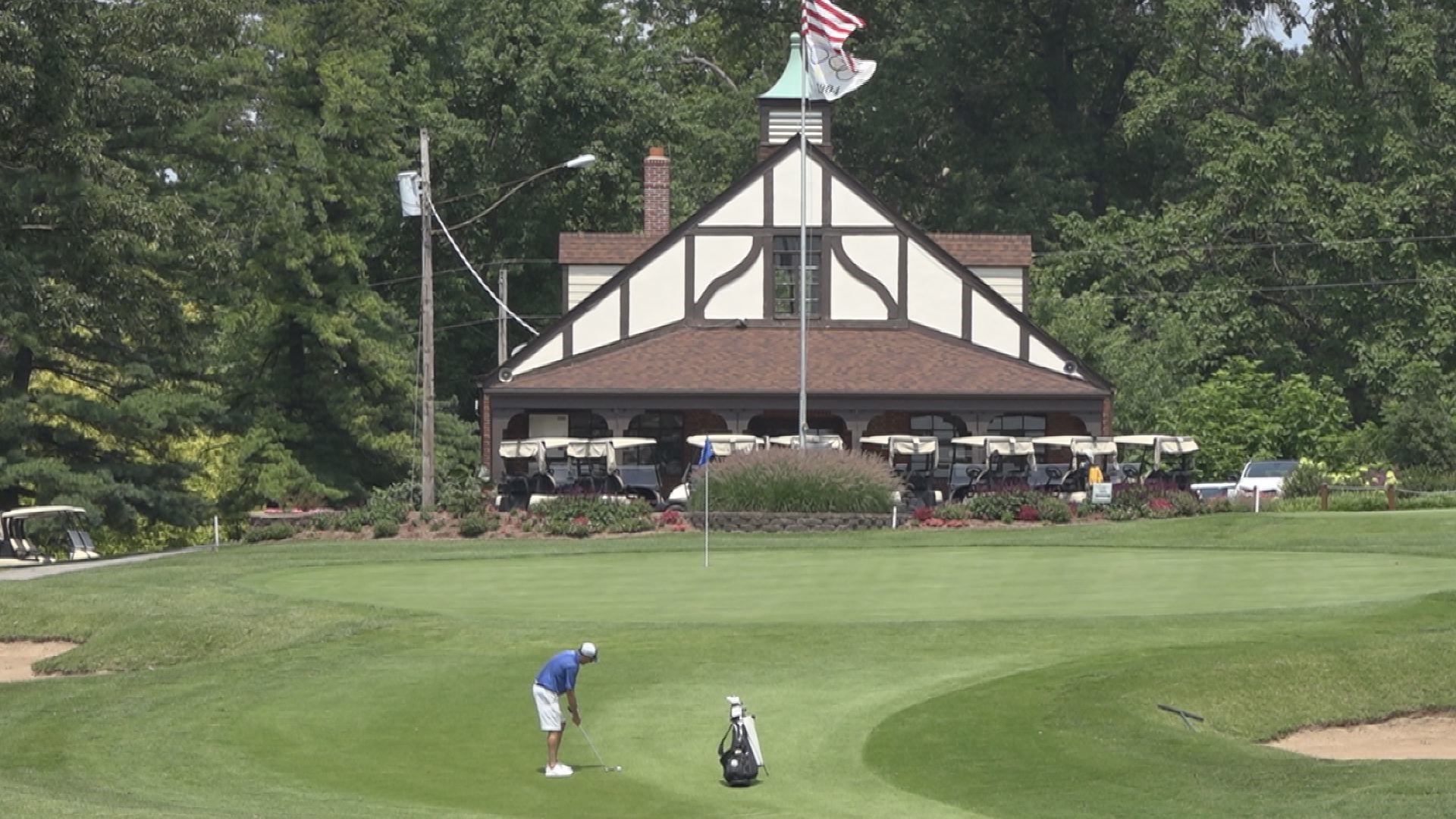 NORMANDY, Mo. — From the moment you turn into Glen Echo Country Club, it’s apparent it’s not going to be your typical round of 18 holes. It immediately feels special.

The oldest continuously-operating, 18-hole course west of the Mississippi River has roots that go all the way back to the birthplace of golf in Scotland.

Designed by the well-known Foulis brothers, Glen Echo opened for operation in 1901. But the biggest moment in the course's history came three years later in 1904.

St. Louis was hosting the Olympic Games, and Glen Echo got the nod to host the Olympic tournament. And like most everything else in the 1904 Olympics, the golf event was not without some issues.

Getting golfers from around the world to St. Louis proved tough, so the field of competitors was made up of 77 golfers, with 74 from the United States and three from Canada.

But two stood out from the bunch. Chicago’s Chandler Egan, and Canada's George Lyon separated from the pack as the men to beat for individual gold.

And if you go out on the course today, especially holes seven and eight, will look almost exactly the same as they did 117 years ago.

“If you were here from 1904 I think Chandler Egan or George Lyon could stand on this tee box and know exactly what they were looking at," Glen Echo president Leonard Toenjes said standing on the No. 7 tee box.

There were quite a few interesting tidbits from golf in the 1904 Olympics, from the long drive competition to the putting competition and even the possible scramble to create another team for competition. But for our purposes, we'll focus on the match between Egan and Lyon.

Coming down to the final round, things were tight. And the No. 7 green provided for an interesting moment.

Golf rules back then allowed players to "stymie" other players by not marking their ball and making opponents putt around the obstruction. And it appears Egan successfully did this to Lyon on hole 7 to win the hole.

“We are standing at the site of where the one and only Olympics (golf competition) held in the United States was decided," Toenjes said standing on the 15th tee.

The competition was still tight heading into the final playing of the 15th hole. But Egan stepped up, teed off, hit directly into the water and the rest is history. Literally.

The lake at 15 at Glen Echo now bears Egan's name, marking the place he let the match get away. Egan’s water ball gave Lyon a significant lead in match play with three to go, and the Canadian closed it out to take the gold.

“I always kid about that," Toenjes said. "They named the lake after the guy who hit the ball into it, not the guy who won.”

And Lyon, being the worldly sportsman he was, allegedly celebrated in flamboyant fashion.

“The legend has it after he (Lyon) finished the golf match, that year at the Olympic ceremony he walked on his hands across the floor to get his medal," Toenjes said. "He was that proud of his athletic prowess.”

The Olympic gold medal that Lyon won has reportedly been lost to time. But the memories and legacy of the only site in America to host Olympic golf lives on.

“I think the legacy of Glen Echo is that it shows the creativity of St. Louis. It shows the creativity of the golfing community at that time. Somebody had the foresight to build this course back in 1901. The people who were the leaders in St. Louis had enough foresight to recruit the golf tournament here. And the fact that through thick and thin and all the ups and downs of golf through World Wars, through pandemics and depression… through all the different changes that our world has been through... That the folks here have been able to maintain the legacy of this place as a super special place in St. Louis and the United States," Toenjes said. "The fact that we’ve been able to continue to operate as an Olympic golf course, the members here take great pride that we’re the only course in the United States that can fly the Olympic flag. That in itself is a testament to our club and it’s also something I think St. Louis needs to be really proud of. That heritage of the Olympics being here in St. Louis is protected and maintain and continues to go on.”

You can learn more about the 1904 Olympic golf competition at Glen Echo by visiting the club's website.