Moore is a child prodigy from Hawaii who grew up to be the youngest world champion surfer. 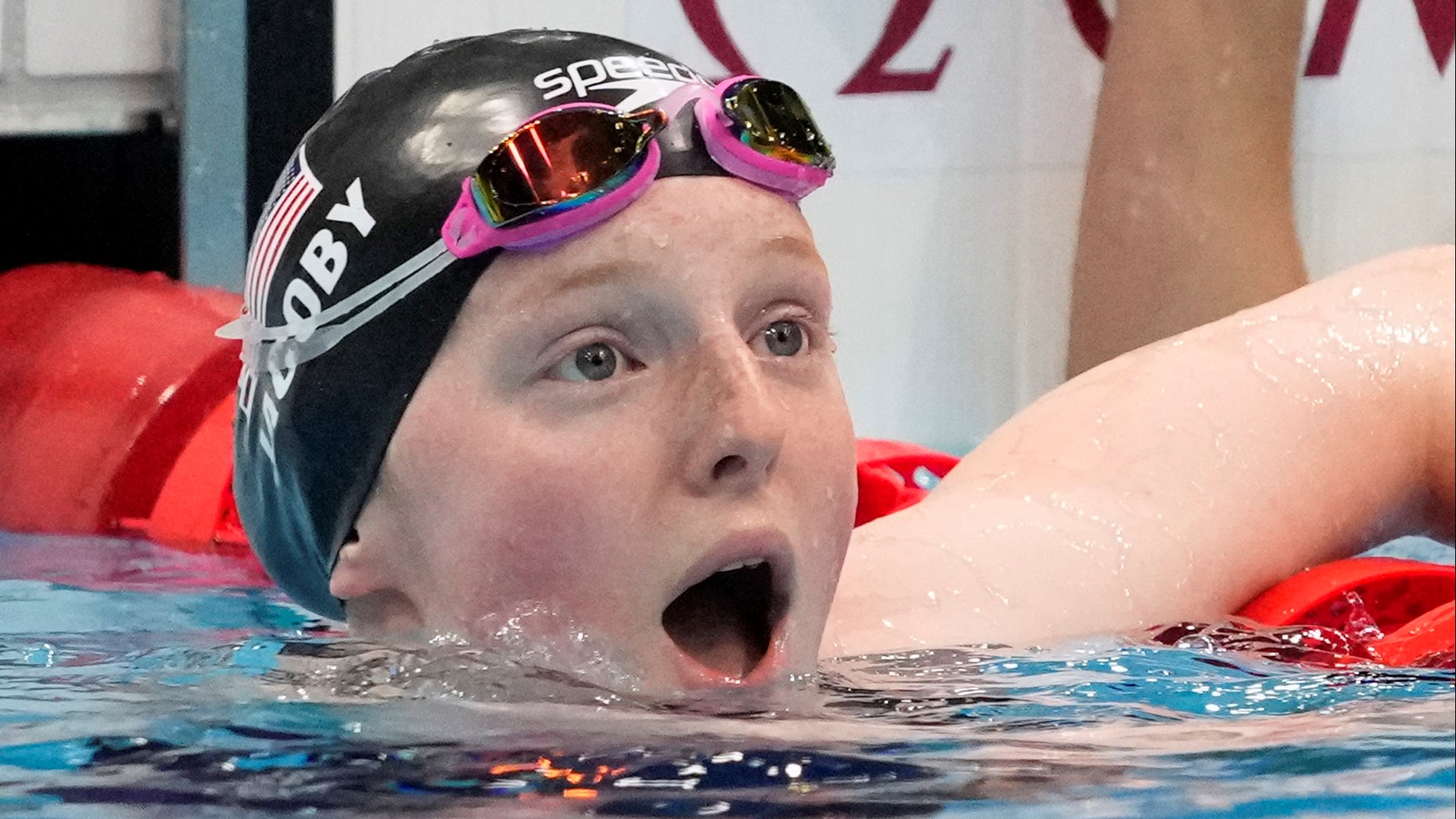 TOKYO, Japan — After a series of underdogs stole the show at the beginning of surfing’s historic Olympic debut, two of the sport's most seasoned superstars took home the gold medals.

Carissa Moore of the United States and Italo Ferreira of Brazil became the first Olympic surfing champions on Tuesday, more than a century after the sport first tried to get on the program.

The 28-year-old Moore, the darling child prodigy who could beat the boys and grew up to be the youngest world champion surfer, preserved after struggling in the early heats.

“It’s been a crazy couple of days," Moore said. "A little bit of a rollercoaster of emotions just trying to figure out the break, find my rhythm, learning how to trust myself without my family here.”

She is the FIRST EVER Olympic gold medalist in women's surfing! 🌊#TokyoOlympics x @usasurfteam pic.twitter.com/iAwkdvT78t

The relatively modest beach break conditions were so unlike the world class waves she’s used to as a veteran of the professional tour and at home in Hawaii. By the end, the methodical and well-loved surfer finally got in rhythm with the ocean in time to deliver the kind of standout performance that has defined her career.

The picture-perfect ending even included a rainbow that popped into the sky as Moore, who is the only Native Hawaiian surfer at the Games, shredded waves in the final against South African rival Bianca Buitendag.

Calling it “divine intervention,” the 17th-ranked Buitendag won silver after pulling off upset after upset over the three-day competition, starring in some of the contest’s biggest moments in her path to the Olympic podium.

When the clock ran out in the men’s final, Ferreira turned to the ocean, collapsed his hands together in a prayer and wept, nearly knocked over by the waves crashing onto shore as he thanked God for a dominate showing throughout the inaugural contest.

He won his final handily against Kanoa Igarashi of Japan despite crashing through an air to land on a broken board. The incident required a quick board switch on shore near the beginning of the heat, which didn’t seem to rattle the man who had so little growing up that he first learned to surf on a cooler.

“I broke my good board on my first wave. That board gives me good speed, the other one is more slow,” the 27-year-old Ferreira said. “It’s super hard out there, but I knew that there was a lot of opportunities around.”

Both Moore and Ferreira will be back on the World Surf League tour next month, with stops in Oaxaca, Mexico, and Teahupo’o, Tahiti. The famous French Polynesia reef break also happens to be the site of the 2024 Olympic surfing contest.

Igarashi, the silver medalist who surfed a career best air that sent him soaring over the water for seven seconds in an earlier heat, couldn’t hide his disappointment that he didn’t come out on top in the last moments of his Olympic journey.

“It’s a special moment for our sport but I’ve got mixed feelings,” said Igarashi, who grew up surfing at Tsurigasaki beach, the Olympic site located about 60 miles east of Tokyo. “It’s so hard to gather that into words. I’m proud of myself, and I was of proud myself even before this event, but it’s just been such a roller-coaster in the last four years on the road for the Olympics.”

That homefield advantage proved helpful in the women’s event, too, as 20-year-old Amuro Tsuzuki of Japan also earned bronze after winning her heat against Caroline Marks of the United States.

In 2015, Wright suffered a traumatic brain injury after being pounded by a wave in Hawaii. The accident left him fighting for his life but he came back to surfing after learning how to walk and talk again.

“I’ve been through some bloody battles," Wright said, "and all my close friends and family stood beside me and coming from that, I had this goal to stand here with a medal around my neck.”