10 to watch in Tokyo: Galen Rupp

The Central Catholic and University of Oregon grad is making his fourth Olympic appearance and is going for gold in the marathon. 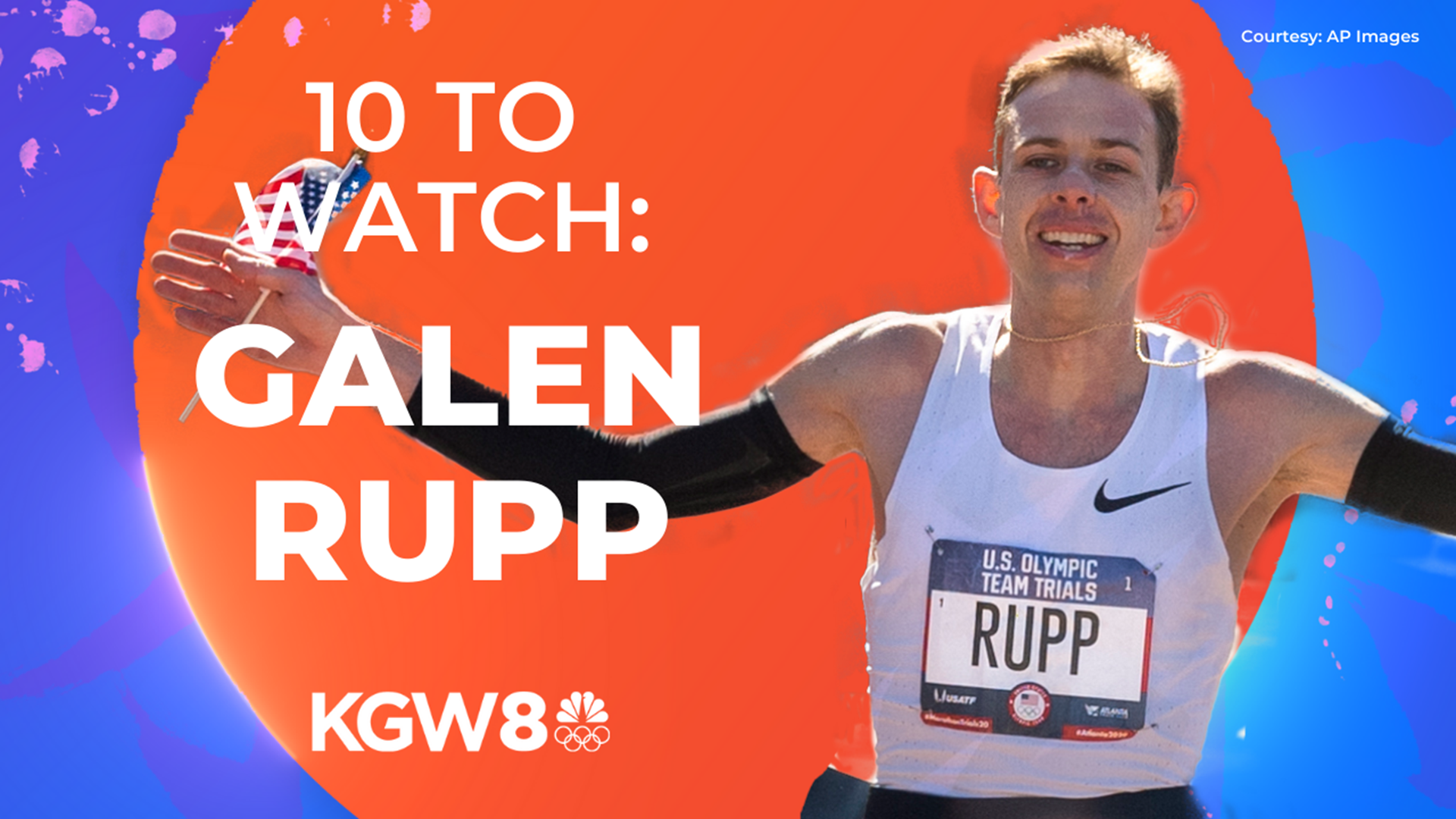 PORTLAND, Ore. — The list of awards that Olympian Galen Rupp has won is lengthy, but there's still one that's missing: a gold medal. Rupp will make his fourth Olympic appearance when he competes in Tokyo this summer and he's hoping to cross the finish line first in the marathon.

"Being able to represent the USA -- there's nothing like it," Rupp said after his trials win in Atlanta. "The Olympics are what we all shoot for. It only comes around every four years. And, so, it's just a tremendous feeling."

Rupp was pushed to the limit at the last Olympics. The last six miles were grueling and he was nearly ready to give up.

"It got to the point where I was counting light posts, literally just saying run, make sure you get to the next light post," Rupp said. "I was in third place in the Olympics and I wanted to stop."

He has a new coach after Alberto Salazar was suspended for doping violations. And he has a new perspective this time around as a father of four.

"I hope that one day when my kids are older they'll see all the hard work and effort, really just being all in to go after my dreams," Rupp said. "And I hope that that's something that when they're older they'll hopefully get some more appreciation for."

Rupp was born in Portland, went to Central Catholic High School in Southeast Portland and ran track at the University of Oregon.

Find a full list of all the local Oregon and Southwest Washington athletes competing in Tokyo here.