10 to watch in Tokyo: Raevyn Rogers

The former Oregon Duck moved to Portland during the COVID-19 pandemic and will make her first Olympic appearance. 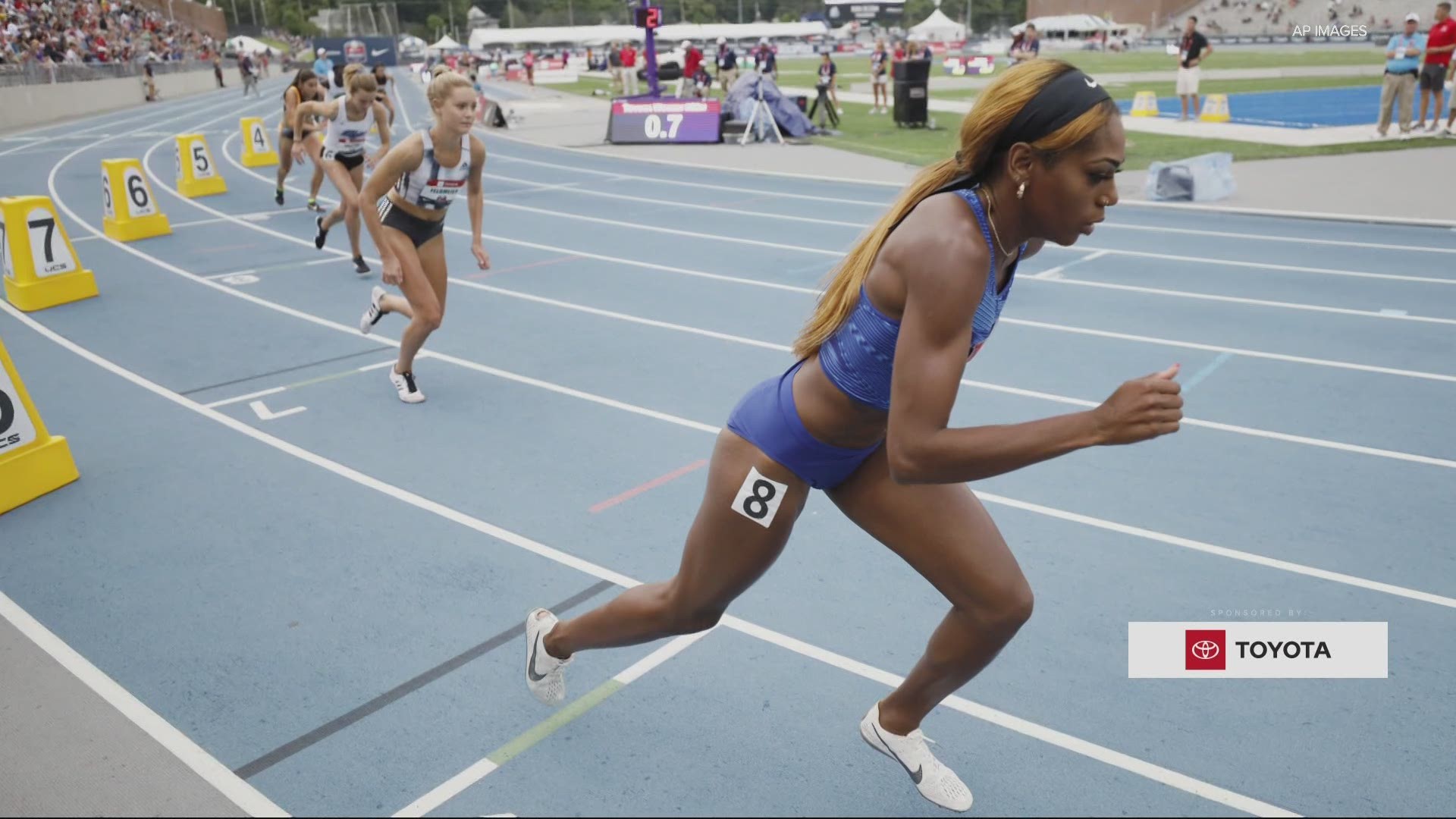 PORTLAND, Ore. — If you've followed Raevyn Rogers' college career at the University of Oregon it's no surprise that she's now an Olympian. Rogers won the most prestigious college track and field award, The Bowerman, and her face is on the new Hayward Tower at the renovated Hayward Field.

Rogers is part of a deep 800-meter team that hopes to bring home the first medal for Team USA since 1988. Rogers finished second behind Athing Mu at the U.S. Track and Field Trials in June.

"To really actually process being an Olympian is something I've worked extremely hard for," Rogers said at the Olympic Trials. "I still can't believe that it's actually a thing now. I'm actually an Olympian."

Rogers found a new a coach in 2020 and moved from Philadelphia to Portland during the COVID-19 pandemic. Her training with former Nike Oregon Project coach Pete Julian has paid off.

"I'm so excited. Of course, Pete is excited," Rogers said after the 800-meter final in Eugene. "Today was only to show how practice has been going. And there's so much more to come because I know how much work I've put in."

Winning a gold medal in Tokyo would add to her long list of accomplishments. She's a six-time NCAA Champion and a 10-time All-American.

There are five faces on the new Hayward Tower honoring Oregon Track and Field legends and she's one of them. She got to see it for the first time last year with her family.

"When I saw it I was completely amazed and at complete awe," Rogers told KGW. "To be up there – you hear about Bill Bowerman and the men of Oregon - but it just shows that we're trying to build on the women's side too."