10 to watch in Tokyo: Devon Allen

After missing out on a medal in Rio, the former Oregon Duck hurdler is ready to reach the medal stand this time around. 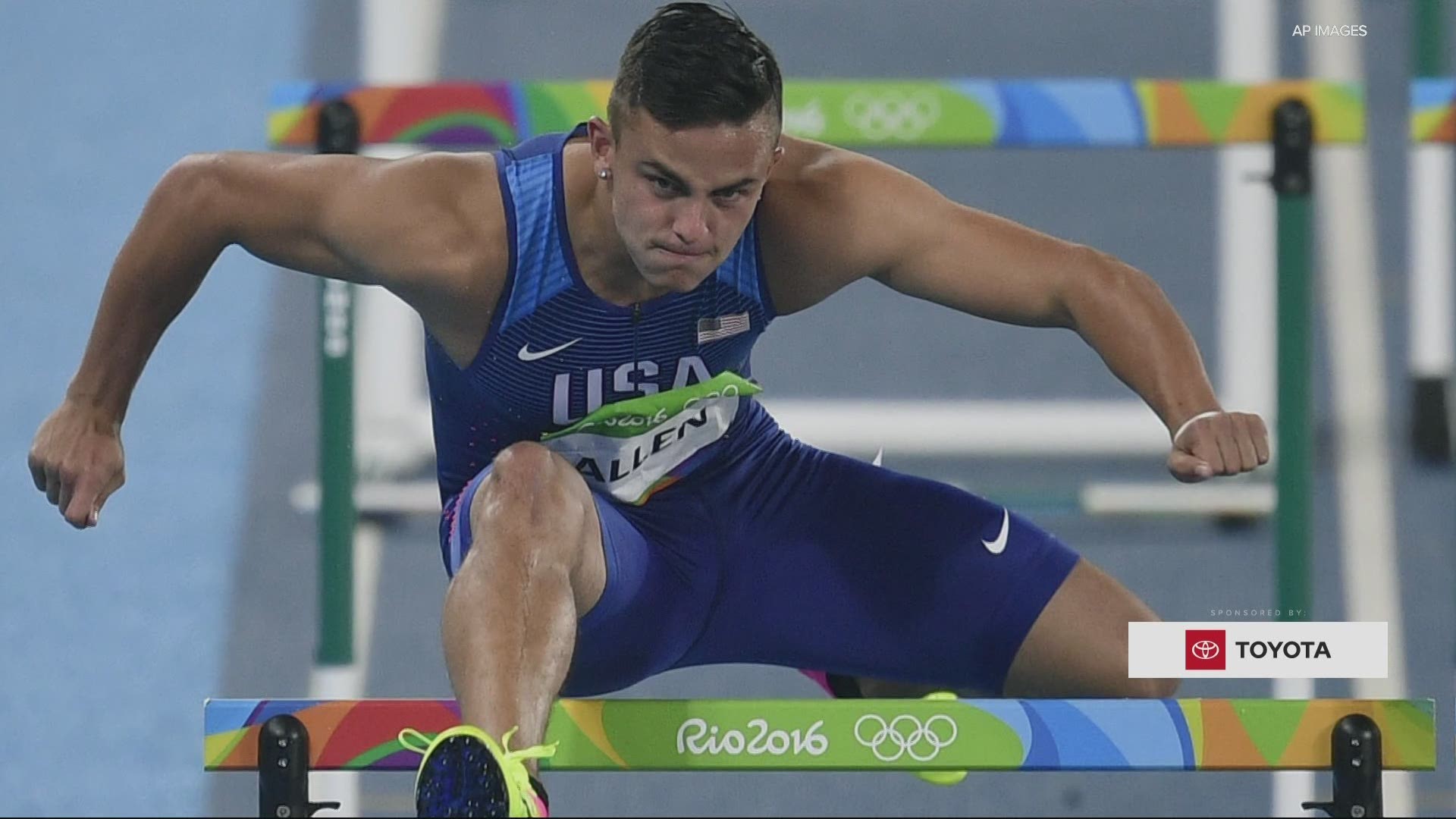 PORTLAND, Ore. — Devon Allen had a chance to make the NFL, but after two knee injuries, he decided to stick with track and field. You can't blame him, right? He stunned the Hayward Field crowd at the 2016 trials, winning the 110-meter hurdles. Unfortunately for Allen, he finished fifth at the Rio Olympics.

"I predict myself to be better than I was in 2016. I've got a lot more experience and I'm not going to be as nervous; I hope," said Allen after the Olympic Trials. "It still is the Olympic Games but I'm there and I belong there, and I'll compete like that."

Allen is hoping for a different outcome in Tokyo. He's feeling strong and ran 13.10 seconds to finish second at the Olympic Trials in June.

“I made the Olympic team and that was the goal, to get to the next step,” Allen said. “I've had a lot of great, high moments, whether it be winning the Olympic Trials, the NCAAs, or scoring a touchdown against Michigan State on (ESPN) GameDay. All those things are pretty cool... Hopefully this next one is an Olympic medal and hopefully it's gold."

The 110-meter hurdles will be one of the races you don't want to miss. Grant Holloway, who finished first at the trials, nearly set a world record in Eugene. Allen knows he'll need to improve on his time to be on the medal stand.

"12 seconds, I truly, truly believe that if you don't run under 13 you won't get a medal," Allen said. "It's going to be one of the fastest in Olympics history, I think."