10 to Watch in Tokyo: Cole Hocker and Matt Centrowitz

Hocker got the best of Centrowitz, who is the defending Olympic gold medalist, at the U.S. Track and Field Trials in Eugene. 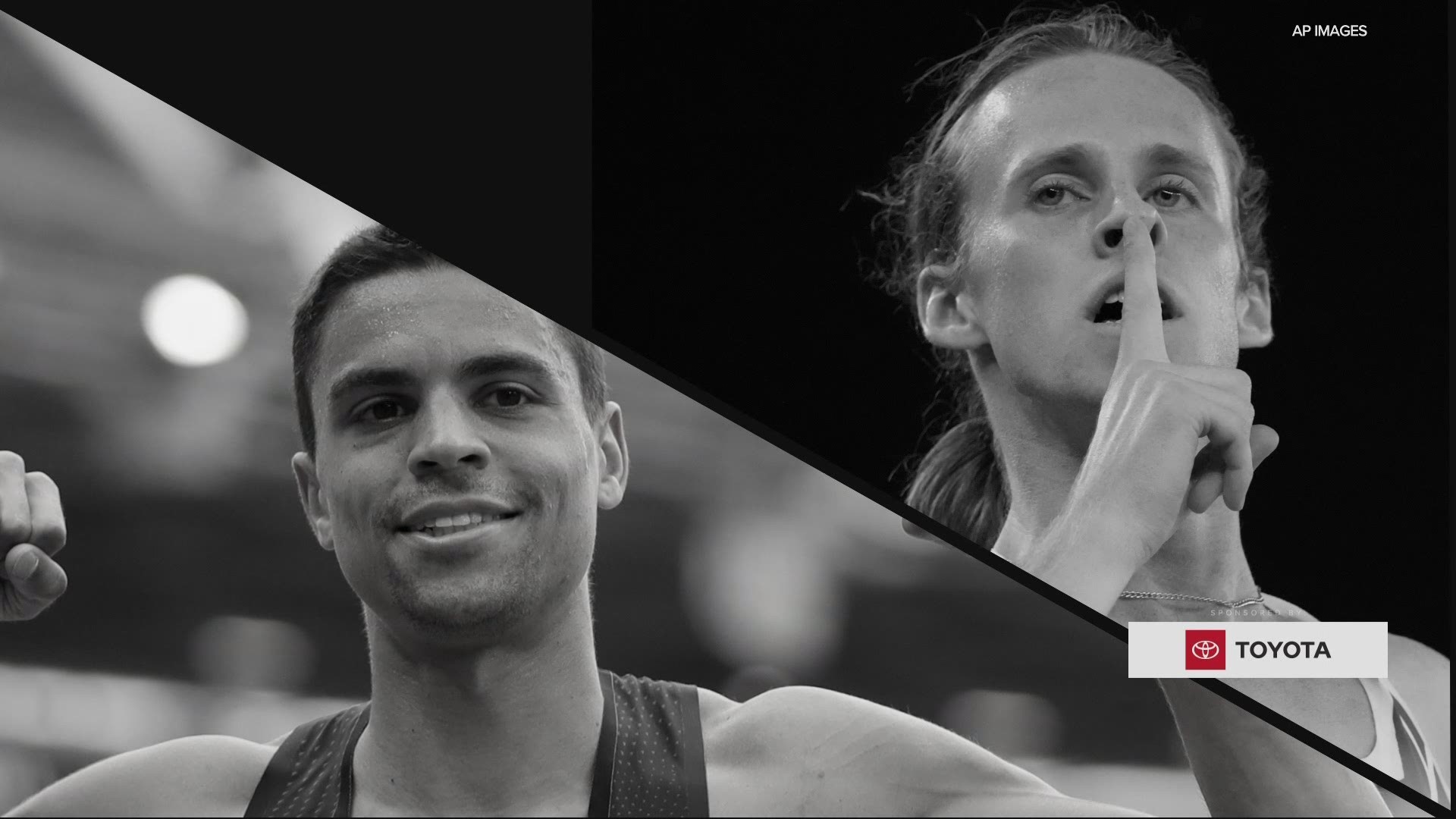 PORTLAND, Ore. — The defending Olympic gold medalist in the men's 1,500 meter will have his hands full in Tokyo. Matt Centrowitz, who graduated from the University of Oregon in 2011, will go head-to-head against Oregon Ducks sophomore Cole Hocker.

Hocker got the best of Centrowitz at the U.S. Track and Field Trials in Eugene last month. He finished in a personal best 3 minutes, 35.28 seconds, edging Centrowitz, who finished in 3:35.34.

"I'm not saying the 15 (hundred meter) has been boring this past decade, but this year has been exciting and motivating me to get my s--- together," said Centrowitz after the Olympic Trials.

Hocker also won the NCAA title in the event two weeks before the Olympic Trials, besting Notre Dame's Yared Nuguse, who also made Team USA by finishing third at the trials.

"I might've been shocked if last year you would've told me that I won the 1,500-meter," said Hocker after his final race at the trials. "Throughout the season I have been proving to myself I can run and belong here."

Hocker also discussed what he meant when he crossed the finish line with one finger over his mouth.

"Honestly that was just kind of an in-the-moment kind of the thing," said Hocker. "This year I was proving myself to the world...There was a lot of negative talk out there...and I just wanted to silence everyone."

Despite all the rivalry talk after the trials, there's plenty of respect, and they both share a bond of being Ducks.

"We're having fun, there's no bad blood between me and Cole. I respect the crap out of that guy," said Centrowitz.