Ollie the giant Pacific octopus at Point Defiance Zoo and Aquarium in Tacoma has "predicted" that WSU would be victorious over UW in the Apple Cup on Friday. 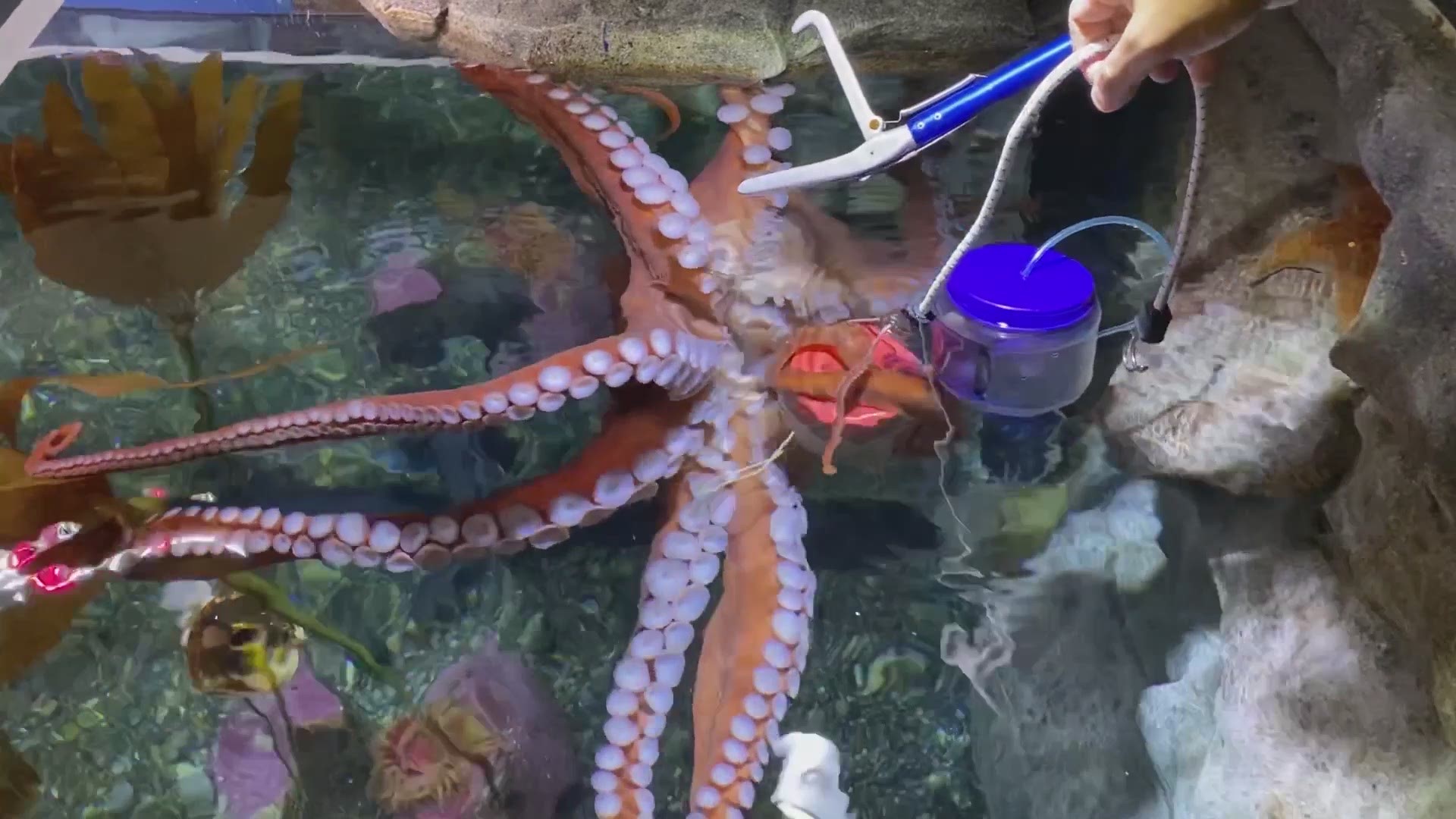 TACOMA, Wash. — The highly-anticipated Apple Cup will take place on Friday, but one Tacoma “oracle” has already determined the outcome of the game.

Ollie the giant Pacific octopus at the Point Defiance Zoo and Aquarium in Tacoma “predicted” that the Washington State University Cougars would win this Friday.

Ollie was given two of his feeding jars, each filled equally with shrimp, squid, and herring. One jar had a purple University of Washington lid and the other had a WSU crimson on the lid.

Fans will find out on Friday.

Last year, the University of Washington won the Apple Cup 28-15.

The Cougars are looking to snap a six-game losing streak in which they haven’t scored more than 17 points in any of the contests.

However, WSU could look to be disruptive on defense: UW is the worst in the conference on converting to third down

Historically, UW holds the upper hand over WSU, recording a 70-31-6 record. The Huskies are also riding on a six-year winning streak, having not lost an Apple Cup since 2012.

UW will take on WSU at Husky Stadium at 1 p.m. on Friday.

Fans who come for the pre-game can enjoy a special, surprise tribute from the University of Washington marching band.