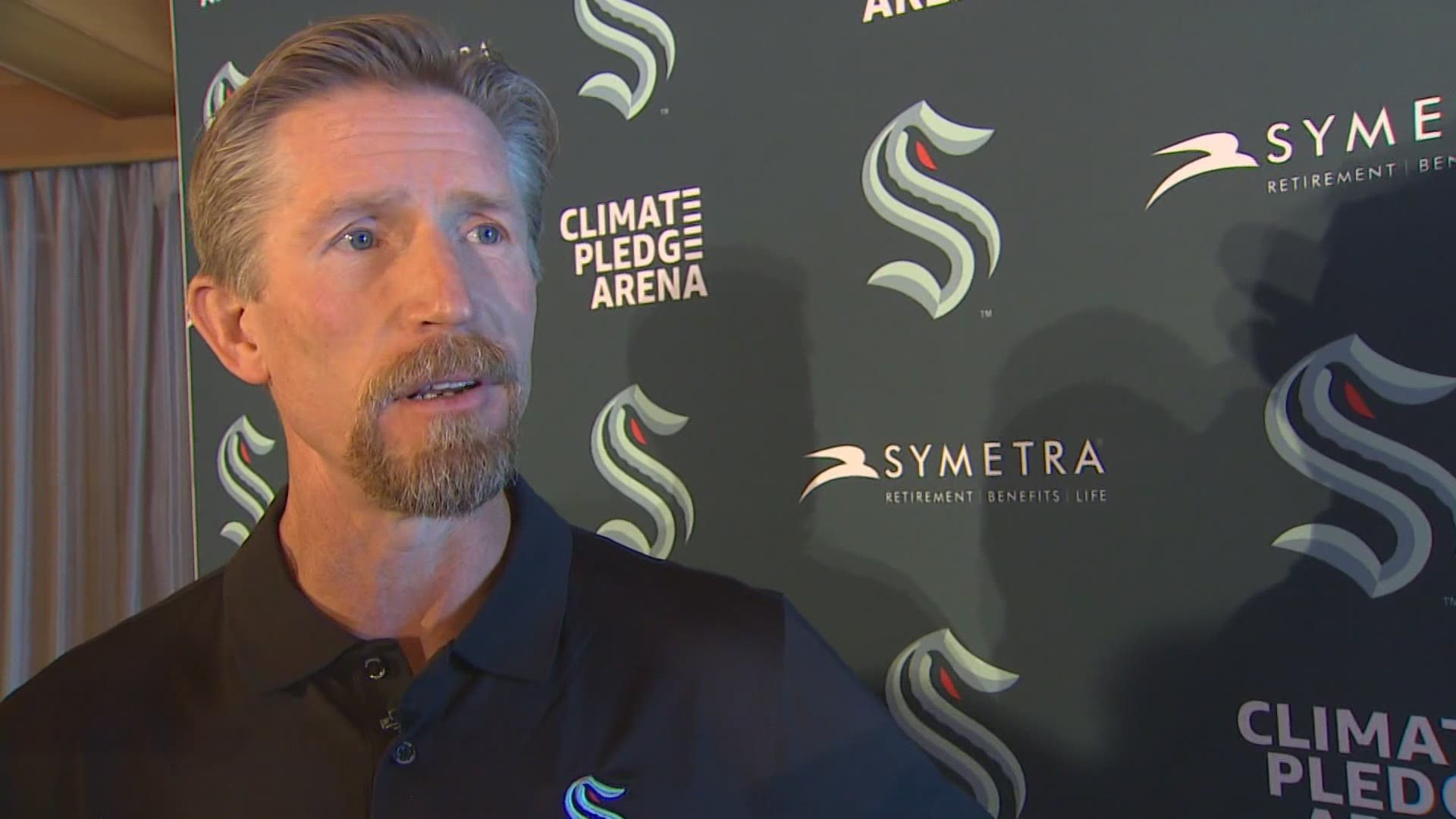 The 52-year-old is a former head coach with the Philadelphia Flyers, and assistant with Toronto the past couple of seasons. Hakstol coached the Flyers to two playoff appearances and was fired midway through his fourth season after no series victories.

Hakstol spent 11 years with the University of North Dakota and made the NCAA Tournament as a coach every season.

That experience will likely be valuable as he takes over an expansion team with players from all over the league, and likely shorter on experience.

Kraken General Manager Ron Francis suggested he would hire a coach by the end of this month, and in time to be a part of the NHL expansion draft on July 21. The NHL Entry Draft is two days later, spread out over July 23-24.

“I am incredibly proud to announce Dave Hakstol as the first Head Coach of the Seattle Kraken franchise,” Francis said in a prepared statement. “Dave possesses great experience, a strong work ethic, a solid technical understanding of the game, and the remarkable ability to communicate clearly and effectively. I look forward to working with Dave as we strive to build a team our fans will be proud of.”

Hakstol got the job over former Arizona coach Rick Tocchet and others who interviewed multiple times.

“It is an honor to be the first head coach of the Seattle Kraken,” said Hakstol. “I am honored to be joining this tremendous group of staff and fans. When I first saw the arena, I was blown away – it is such a unique venue. I am looking forward to being a part of the group that builds a team that plays with pride, passion and selflessness for the city of Seattle.”

The hiring can be traced back to a trip that Hakstol took a couple of years ago, in which he shared a long ride through Slovakia with Francis.

"You never know when opportunities are born," said Hakstol on Thursday. He and Francis shared a car, while both were working for Team Canada at the World Championships in 2019.

Both men say it was the foundation for the hire.

"During that time, we learned an awful lot about each other personally, as well as philosophically," said Hakstol.

"You get to watch someone's work ethic, you get to see how other families interacted," said Francis, "I think I just came away from that experience having a lot more respect for a guy that I didn't really know a lot about going into."

Francis says he interviewed eight candidates for the position, but that the deal didn't come together until the last 24 to 36 hours.

Hakstol had his best success as the head coach at the University of North Dakota, where he led the squad to the NCAA playoffs each year. Francis said it was a strength of Hakstol's candidacy given that he will likely have to coach several young players as a result of the expansion draft.

Following the expansion draft on July 21, there will be training camp sixty days later.

Subscribe to the Locked On Kraken podcast (July 1st launch):