"The year went by quick, a lot of time to reflect on the season before and just how cool it really was." 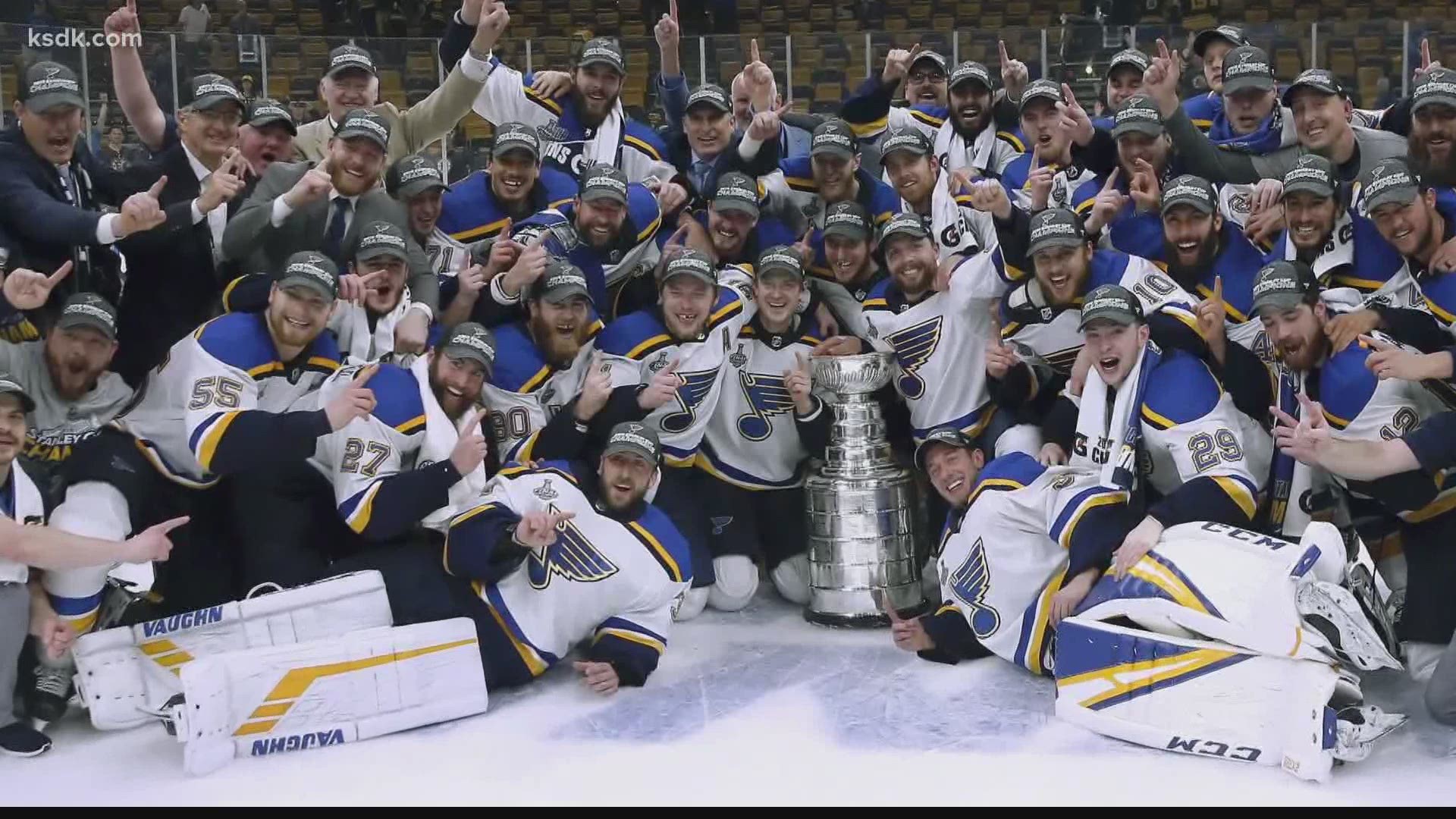 ST. LOUIS — On the eve of the most important game of not only their lives but the Blues franchise, David Perron summed up just what this team was all about.

"Last year we practiced on this day, and it's funny because I remember stepping on the ice  and other guys, you had the joyful feeling of knowing this is the last practice," Perron joked before laughing. "We weren't even thinking about the game just yet. It was a, 'Finally, we know we're not skating again boys' joke kind of thing. It was in a funny way.

"I think that's what I love about our group. We find ways to make those situations, those pressure situations ... we have fun with it still. We find a different meaning, just like that one."

The summarization is that the Blues just don't get all hyped up for important, intense, potential history-making kinds of games. At least on the surface they don't, and if there was any meaning, or downplaying, to practicing for the final time on the day before Game 7 of the Stanley Cup Final against the Boston Bruins at TD Garden, then the Blues again passed one more test with flying colors.

After getting blitzed 5-1 in Game 6 on home ice in front of a pack of sardines inside Enterprise Center along with 100,000-plus outside awaiting to light the St. Louis sky up, nobody gave the Blues a snowball's chance of escaping Boston with hockey's most prized possession.

No way, no how. Not past this Boston Tea Party.

But first, there was Jordan Binnington and the Blues weathered the Bruins' storm, settled in, and the rest, shall we say, is Bluenote history that resulted in the franchise's first-ever Stanley Cup, 4-1 on this date, June 12, 2019, one year to the day.

Amazing to think it's been a year. So much has happened, including the Blues vaulting to first in the Western Conference with a 42-19-10 record prior to the COVID-19 coronavirus pandemic shutting down the remainder of the regular season, but one thing is for certain, even a year later, these Blues, many of them the same players on last year's team, will never forget this day, this night, this moment.

"I know it's crazy to think it's been a year," defenseman Colton Parayko said. 'A lot has happened over the last year too. With the year going by, I thought it flew by.

"Obviously we have a good team again and when you're having fun, your time flies. It was a special day for everybody on our team and in the organization and obviously our family.

"I'll never forget always seeing the Cup for the first time on the ice, being in the locker room with the guys after. I think just on the plane ride home, how much joy there was for everybody. That was the coolest plane ride home I've ever been on. There were so many different opportunities, cool moments throughout the summer that we had as a group. Obviously the parade was tremendous. The fans in St. Louis are amazing on that. That was so much fun for all of us. Just different events that we got to do. We went to the brewery where they had a beer made for us called Gloria. It's an endless amount of cool things it brought to our team and to our families. You can say the day with the Cup was my favorite day of the summer just getting to share a lifelong dream with all my family and friends that helped guide me along the way. It was really special to me and kind of put things in perspective."

Captain Alex Pietrangelo is thankful for iPhones, because in a time of uncertainties these days and the unknown of when/if the current NHL season will resume, it's a good time to reflect on what's happened over the past year and just how special that night was for all.

"It's strange to think. I was looking back at pictures of my kids (triplets Evelyn, Oliver and Theodore) sitting in the Stanley Cup and you look at where my kids are now, it's hard to believe what happens within a year in terms of my children growing up and the fact that it was a year ago, those big moments, you always kind of wish you would have enjoyed it a little bit more than you did because it goes by so fast," Pietrangelo said. "Part of me wishes I would have enjoyed it more because you forget some of it, but pretty special. Good thing they have iPhones now because you can kind of relive the moments."

Remember when the season started, all the hype surrounding the Blues after general manager Doug Armstrong brought back David Perron, signed Tyler Bozak and "hometown hero" Pat Maroon and traded for Ryan O'Reilly? Then the Blues spit and sputtered out of the gates, costing Mike Yeo his job, and ultimately Craig Berube given the reigns to get the ship back on course.

On Jan. 3, they sat in last place, 31st out of 31 teams and nowhere to go but up, but off they went, and forget the ship, that jet continued to soar all the way to the end. 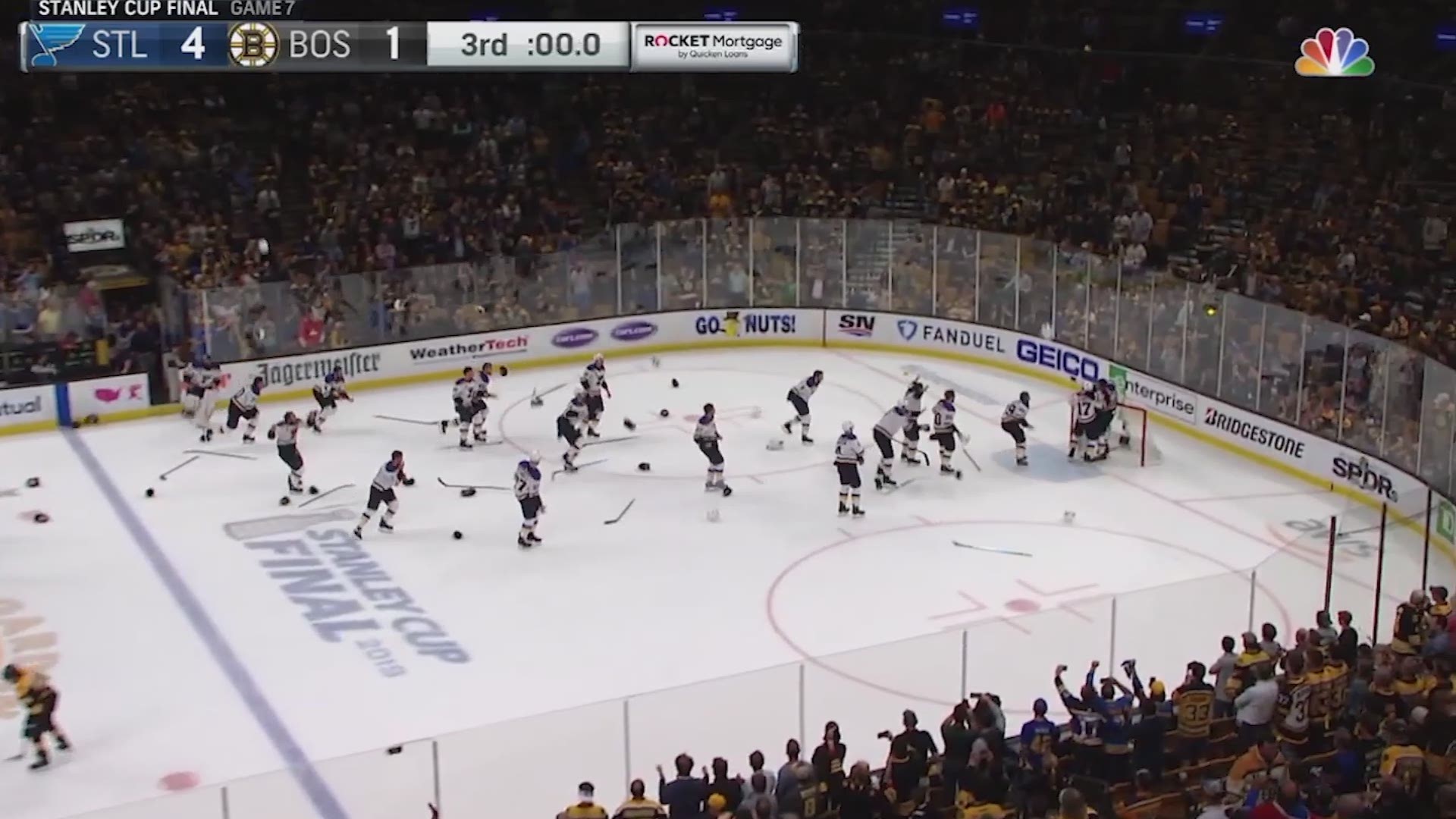 "I think the coolest part or the story is kind of where we started and how we bounced back," Parayko said. "I think that was almost beneficial to us in the terms of we weren't going to quit because we knew how good we were.

"The year went by quick, a lot of time to reflect on the season before and just how cool it really was."

Perron said it was, "The greatest night for sure," in the end, but the emotions leading up to what would be the most important game of their professional careers was packed with adrenaline and anxiety.

"Just going through that day, obviously a lot more nervous," Perron said. "I don't get nervous before games but definitely got nervous that day. It was just managing the emotions, managing the pressure. I tried to save the energy for the right time.

"I always fell back to what 'JayBo' used to say: you can only control your preparation, and when things kind of get rowdy or more of an intense situation, you just fall back in your head and do normally what you do two hours before a game and you just kind of go back to your routine, stretching, all that stuff. Obviously guys managed it well and it got better with the way 'Binner' played in the first to keep us in that. We didn't have the greatest start, but once 'O'Ry' scored, it seemed like we were building and building and building, and obviously 'Petro' gave us a huge boost with that goal. Here we are celebrating. Obviously most amazing moment of my career. Not many guys can say as a team they won Game 7 of a Stanley Cup Final and I couldn't be more proud and excited that I shared that moment with that group of guys. The friendships that we have in the room, the fun that we have in the room, the craziness from guys chirping and having fun on the road, things like that, I miss that the most. It just kind of brings up good memories. It was such a special group of guys and most of us are still here. We're hoping that we get a shot at doing it (again) at some point also. We'll see what's going to happen."

RELATED: Reliving the magic of the Blues' Stanley Cup parade