"You touched my heart and that of so many people here in Boston." 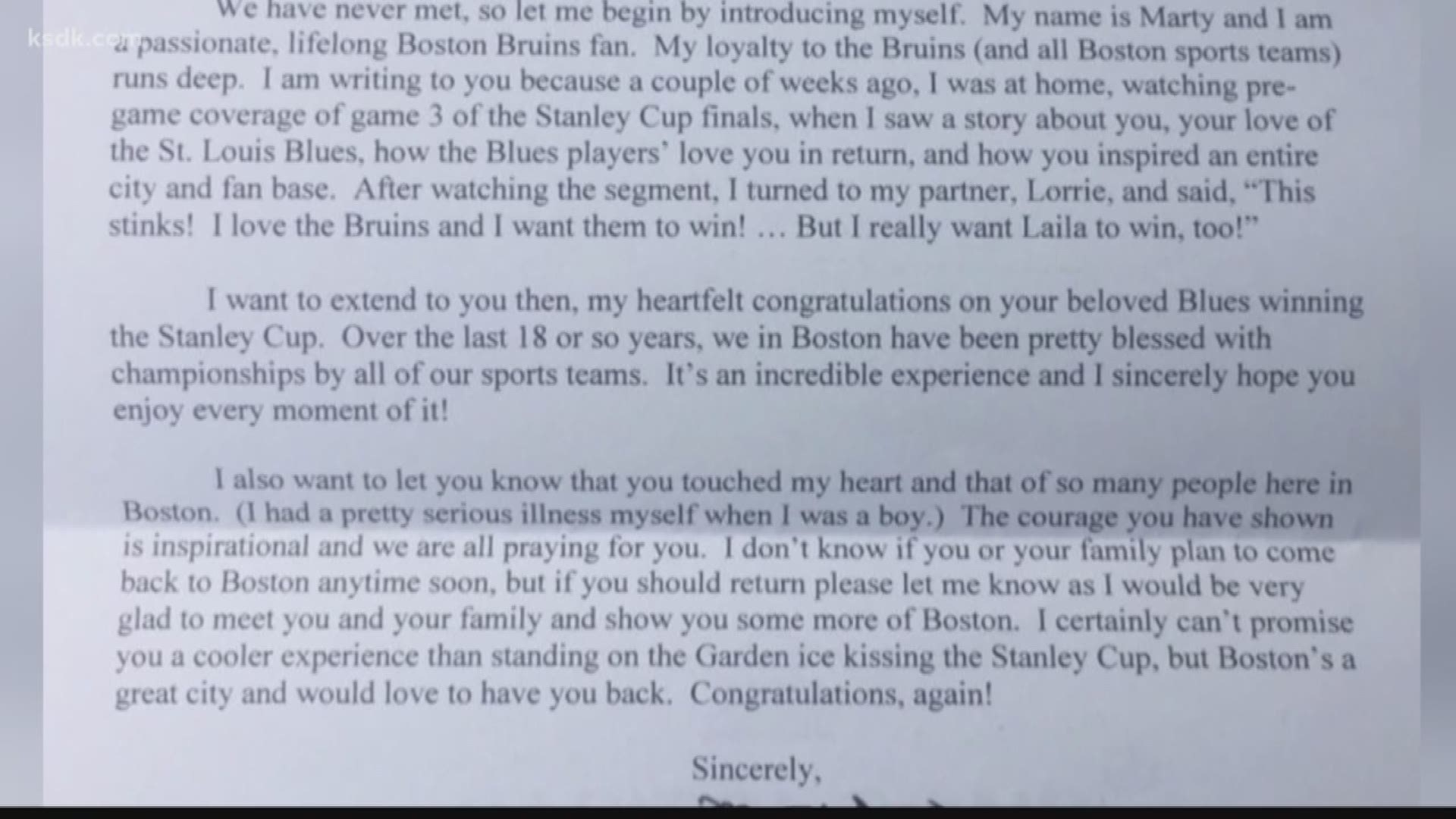 ST. LOUIS — St. Louis Blues superfan Laila Anderson inspired so many people in the St. Louis community while the Blues were in the race for the Stanley Cup.

But she also made an impact on one Boston Bruins fan in particular… Martin Walsh, the mayor of Boston.

Walsh recently sent Laila a letter congratulating her on the Blues championship, according to NHL.com

Walsh wrote about a night he was watching one of the games and saw a segment on Laila’s story and it inspired him to start rooting for her.

READ: Here is what Laila said about her 'boys' winning it all!

“After watching the segment, I turned to my partner, Lorrie, and said, 'This stinks! I love the Bruins and I want them to win! ... But I really want Laila to win, too!'" he wrote.

He went on to say how happy he would be to meet Laila and show her and her family more of Boston.

“I certainly can't promise you a cooler experience than standing on the Garden ice kissing the Stanley Cup, but Boston's a great city and would love to have you back.”

MORE ON LAILA AND THE BLUES