It's been a big year for the Grant High School graduate. Suh got married in May, and he and his wife are expecting twins. Now, he's after a Super Bowl ring. 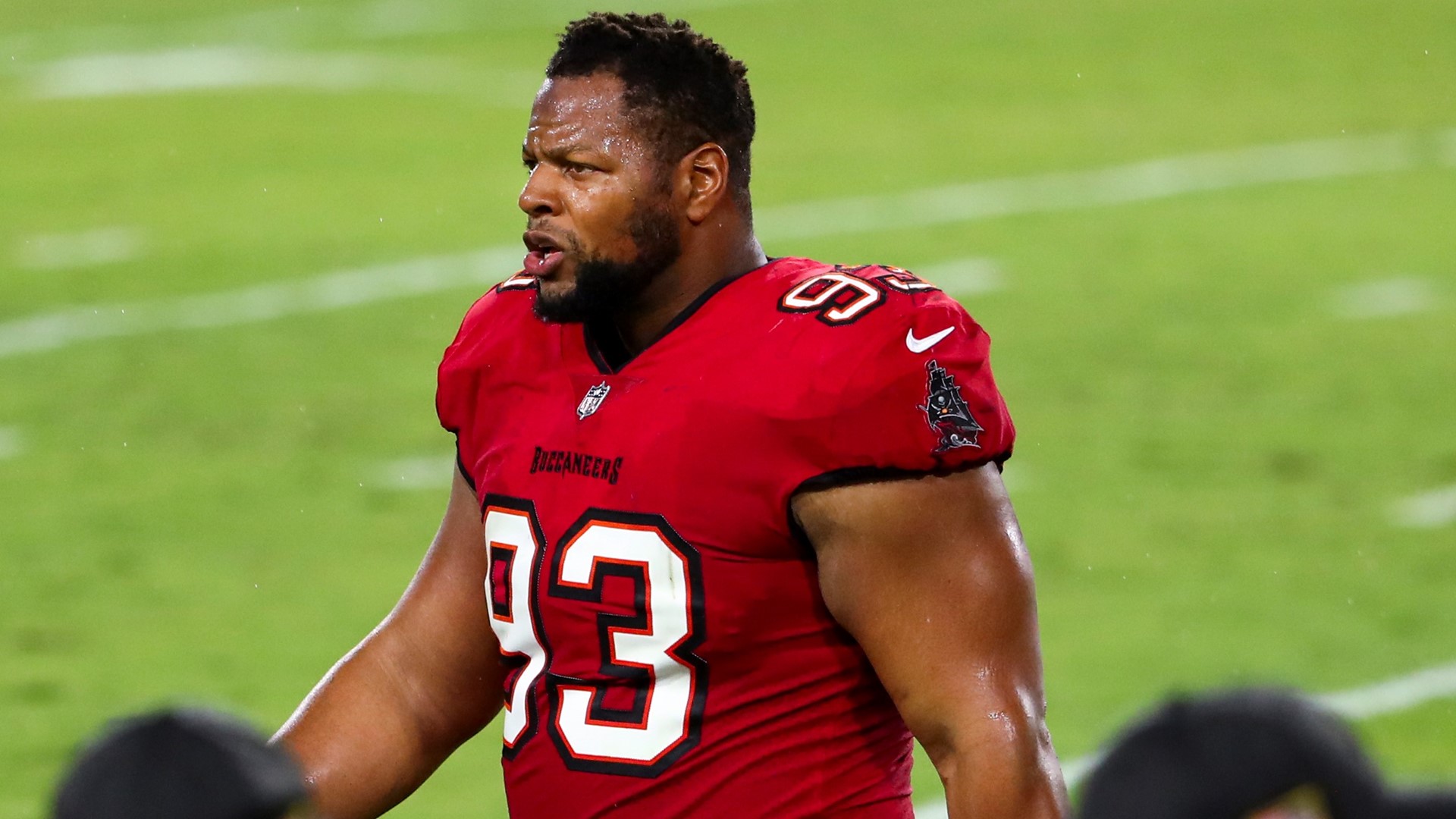 PORTLAND, Ore. — From multiple Pro Bowl appearances to being named to the league's all-decade team, there is a long list of individual honors for Tampa Bay Buccaneers defensive end Ndamukong Suh. In his 11th season, he still has the passion for football.

"My mentality has not changed. I definitely believe I am still fierce and ferocious and still make my presence known," Suh said during a media Zoom call the week before the Super Bowl. "This is my ultimate goal, winning a Super Bowl. Individually I've been super successful, individual accolades and stuff like that, but hitting this team goal is the most important piece. To be able to hoist and lift up that Lombardi Trophy."

This is his second Super Bowl appearance in the past three seasons. His father is hoping for a better result this time around. Suh and the Los Angeles Rams lost to the New England Patriots 13-3 in 2019.

"I'm just knocking on wood and praying to God that this time he doesn't miss," said his father Michael Suh. "We are really really proud. I just told him this morning, I want that fat ring to come home."

Calling it a big year might be a huge understatement for the Suh family.

"We got married May 23 of 2020, during COVID," said his wife Katya Suh. "We had a small, intimate wedding, Zoom wedding. Then a couple months later we found out we're pregnant with two."

They are having twins. They were featured in People Magazine leading up to the big game.

"He's almost more excited than I am. He's so ready," said Katya. "It's one of those things where we've known each other for a really long time, so being able to bring two beautiful lives into this world is something we feel so blessed, so lucky to be able to do."

"Twins run in the family," she said. "It's something we're really excited about we feel so blessed and 2021 is really going to be an exciting year and this is a great way to kick if off."

A big part of the Suh family is its foundation, giving back to communities in need for the past 11 years including in Suh's hometown of Portland.

"Both of our families. With me being a soon-to-be mother of two, his parents are involved, his oldest sister is involved, my family as we blend our families will become involved," said Katya. "The Suh Family Foundation is really based on a few different things. Outreach in the community is huge. Education, health and wellness, empowering the youth, entrepreneurship, also helping with and teaching generational wealth. These are things we really find important."

On Super Bowl Sunday, BAES Fried Chicken, a restaurant started by Suh and his partner Micah Camden, is donating all proceeds from both locations in Portland to the Suh Family Foundation.

"Not only will the community be able to eat local, but when you do that, you're giving back to the community in areas of need," said Katya. "So, it's really a great way for all of us to work as one big community and give back and support each other in multiple ways."

Suh says they will give those proceeds to organizations in the area.

"After we win a Super Bowl ring, we will get back to Portland and really be able to work with those organizations to make the biggest impact that we can from this," Katya said.

While the Suhs are living and working across the country. The Pacific Northwest will always be a special place them

"Portland is such a beautiful community in the way in which we all support each other and will always have a place in our heart," she said.

RELATED: 5 players with ties to Oregon, Washington in the Super Bowl