WSU's game at Stanford canceled due coronavirus cases for Cougs, 12 players in protocol

The Apple Cup could be up in the air as well. 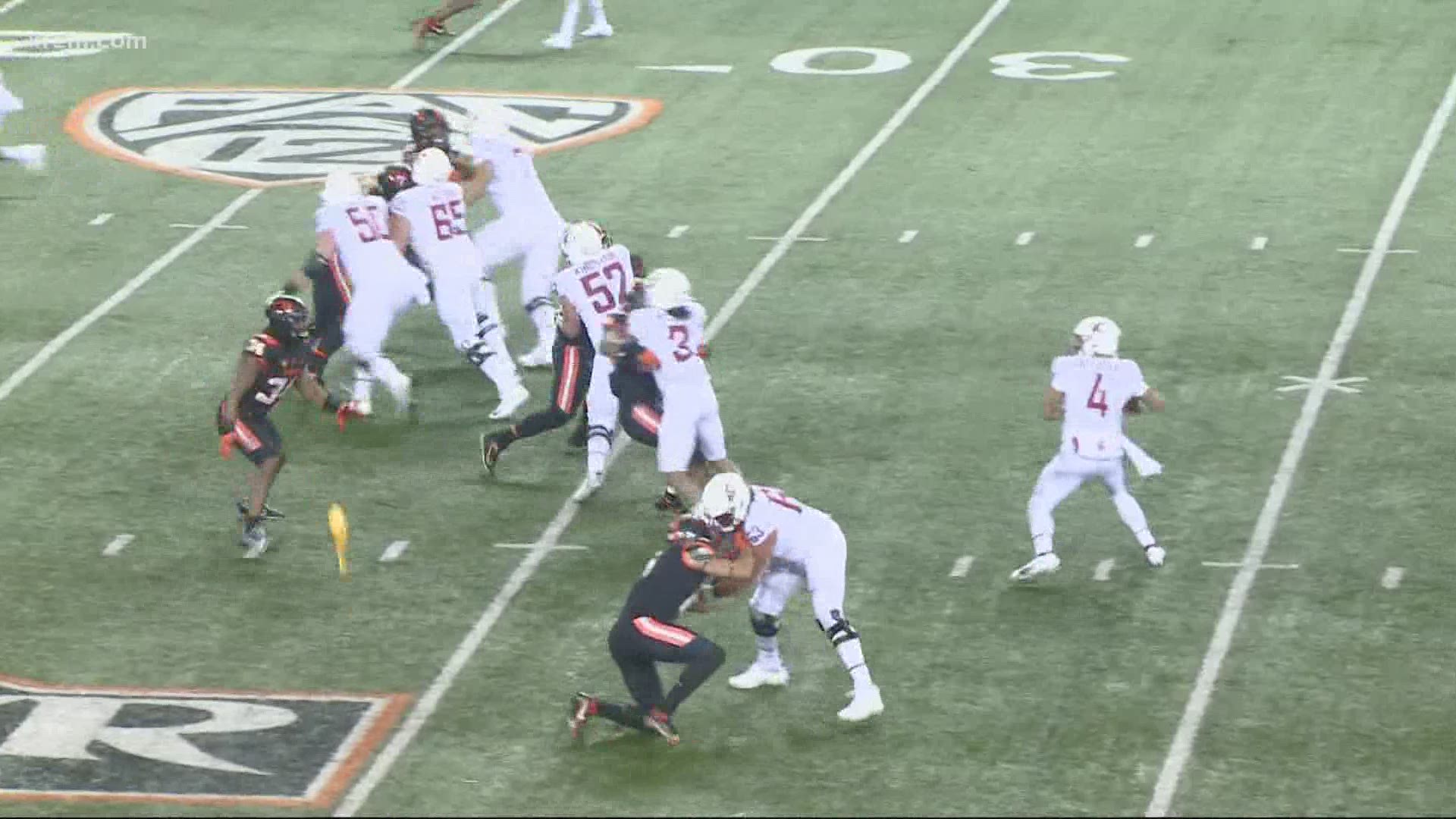 PULLMAN, Wash. — WSU football will not play Stanford this Saturday due to concerns over coronavirus on WSU's football team.

WSU Athletic Director Pat Chun announced Tuesday on the WSU coaches show that the team has 12 students athletes in the COVID protocol. That's up from nine on Friday.

There were no Cougars in the coronavirus protocol for last Saturday's game against the Oregon Ducks, WSU said.

This morning’s test results placed four WSU football players into the COVID protocol around 11 AM according to WSU’s Pat Chun. Chun says that overall there are nine players in the protocol.

Chun also said he's unsure if it will be possible to be move the Apple Cup if that is needed to make it playable, but noted that the Pac-12 has been flexible.

Chun added in a statement that there were other factors as well that led to the Cougs not meeting the 53 scholarship player requirement. Those factors could include injuries, opt outs, and transfers.

"I'm disappointed for our team and our players. They have battled through so much this year. We had a good week of practice and were excited to play this game," Nick Rolovich said. "I recognize the pain they feel with this lost opportunity but this 2020 football team is a resilient group of young men."

Chun says a variety of factors contributed to them not being able to meet the 53 player threshold. pic.twitter.com/x9Bp1oEV6E

Jon Wilner of the Pac-12 Hotline also reports that the Apple Cup may be up in the air due to contact tracing.

Upon testing positive for COVID-19 in the Pac-12, a player is placed into a 10 day quarantine. Depending upon when de Laura tested positive, he could also miss the Apple Cup which is on Friday, Nov. 27.

De Laura's case is the second significant case of COVID-19 the Cougs have had to deal with in the past few days. Men's basketball coach Kyle Smith also tested positive for the virus earlier this week.