Robertson spent 52 years in the booth for the Cougs. 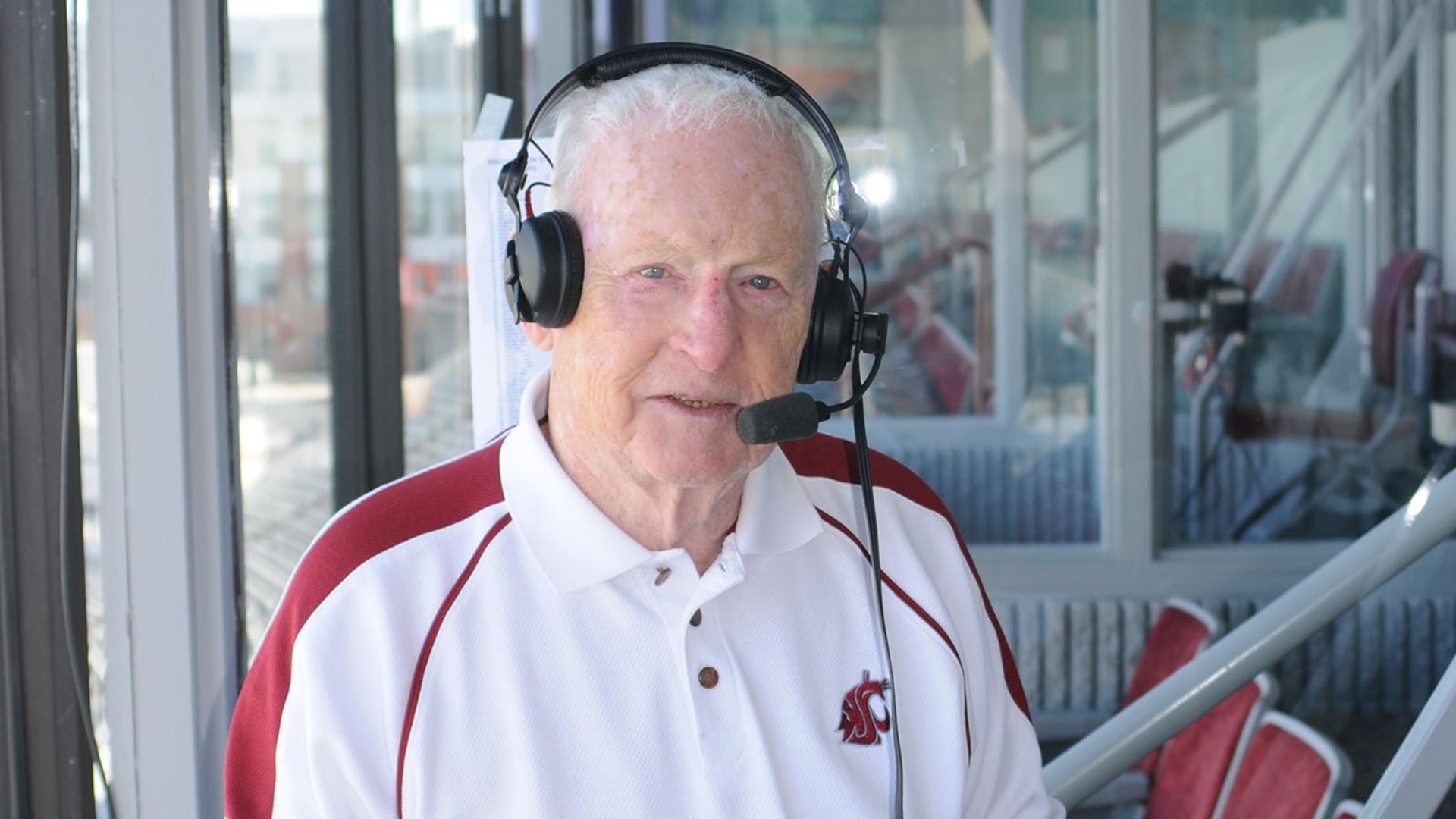 "When you heard his voice, you knew it was Cougar football Saturday," reflected his former broadcast partner, Paul Sorensen.

Robertson was a hall of fame broadcaster for the Cougars for 52 years before he retired in 2018. He served as the play-by-play voice from 1964-2011, and moved to the analyst chair for his last seven years on the mic.

He began his association with WSU football in 1964, and with the exception of a three-year period from 1969-71, was a member of WSU’s broadcast crew ever since. He was behind the mic for 589 Cougar games, including 568 consecutive broadcasts from 1964-2016, the lone exception being the 1981 Holiday Bowl when local radio was not permitted to broadcast.

"He was very approachable," reflected Sorensen. "How many guys nowadays who reach 52 years at one school are that approachable? That’s what Bob was. He was the common man. He was the guy who could go out and paint a heck of a picture on a Saturday yet you can go out and have a beverage and Reuben sandwich with him on a Monday. That was Bob."

"To see the way he touched people and the affect that his broadcasts and his work and his whole Cougar life had meant so much," reflected fellow former broadcast partner Matt Chazanow. "It was all that anybody could ever want to do in that role."

"I think it resonated with a lot of the way Cougs want to win or compete at all," said Chazanow of the catchphrase. "I think Cougs want to do it the right way, and I think that latches on to that sentiment."

Robertson has had a legendary career, as he was selected Washington Sportscaster of the Year 12 times, validating what Cougar fans knew for years - he was simply the best. In 1995 he was named the State Broadcaster of the Year.

Bob’s association with WSU runs deeper than just football broadcasts. For 23 years he was the voice of Cougar Basketball, including several NCAA tournament teams. In 1978-79, he was named WSU’s Dad of the Year and he also worked with the WSU Cougar Club on the west side in the 1980’s.