We are diving into his past before coming to the Palouse, plus how his teams have performed on offense and defense. 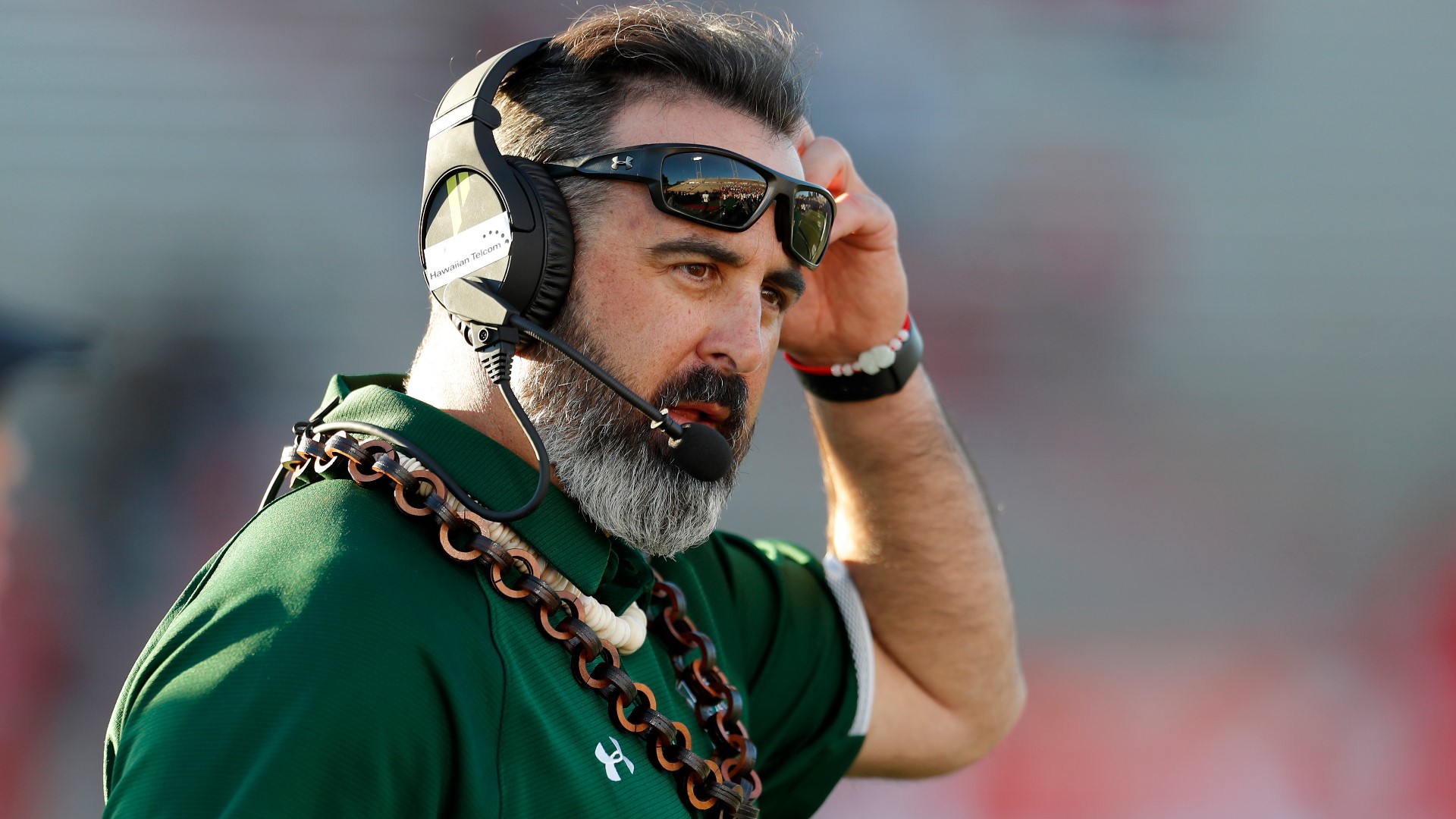 Now that the initial news has passed, I figured it was time to get to know Rolo in a variety of ways.

A BRIEF HISTORY OF ROLO

After a few stops at various minor league football teams, Rolo got his first job in the college ranks at, you guessed it, City College of San Francisco, coaching the quarterbacks in 2006. He then went and coached the quarterbacks at Hawaii in 2008 before being elevated to offensive coordinator in 2010.

Rolo then made the move back to the mainland to be the offensive coordinator at Nevada in 2012. He went back to Hawaii to be the head coach in December of 2015.

Nick Rolovich is also known to have a bit of a zany personality. He's brought a tarot card reader, a Britney Spears impersonator and an Elvis impersonator on separate occasions to Mountain West Media Day in Las Vegas. He may not be Leach, but there will still be some silliness in Pullman.

Let's move on to his teams. We're going to start first with what Rolovich does on offense. If you've paid any attention over the past few days, Rolo runs the Run and Shoot offense. But what exactly does that mean?

The main emphasis of the offense is wide receiver motion, including before and after the ball is snapped. They use motion to help identify the defensive coverages and also encourage wide receivers to change their routes during play to adjust to defensive coverages. The Air Raid was a little more strict than this, but it shouldn't be a tough adjustment at WSU.

Just how successful was the Run and Shoot in Hawaii? Well, it was very successful. Hawaii had the fifth best passing offense in the country last year. According to a CougCenter article, Hawaii passed the ball 61% of the time last year compared to the Cougs' 77%. Translation: Max Borghi will run more.

SOMETHING TO BE DEFENSIVELY DESIRED

Nick Rolovich's offense definitely gets a thumbs up. His defense, though, has left something to be desired.

In the total defense category, Hawaii ranked 96th in the country, allowing opposing teams 431 yards per game. But hey, that's still better than WSU. They allowed 452 yards per game.

Basically, what I am trying to say here is that the number one priority for Rolovich is hiring a good defensive coordinator. It's not his specialty as an offensive coach and WSU can't rely on just out gunning other teams in the Pac-12 to win. That was pretty apparent this past season.

RELATED: Hawaii's Nick Rolovich will be the next WSU head football coach