Ionescu is the NCAA career leader in triple-doubles and led the Ducks to their first-ever Final Four. 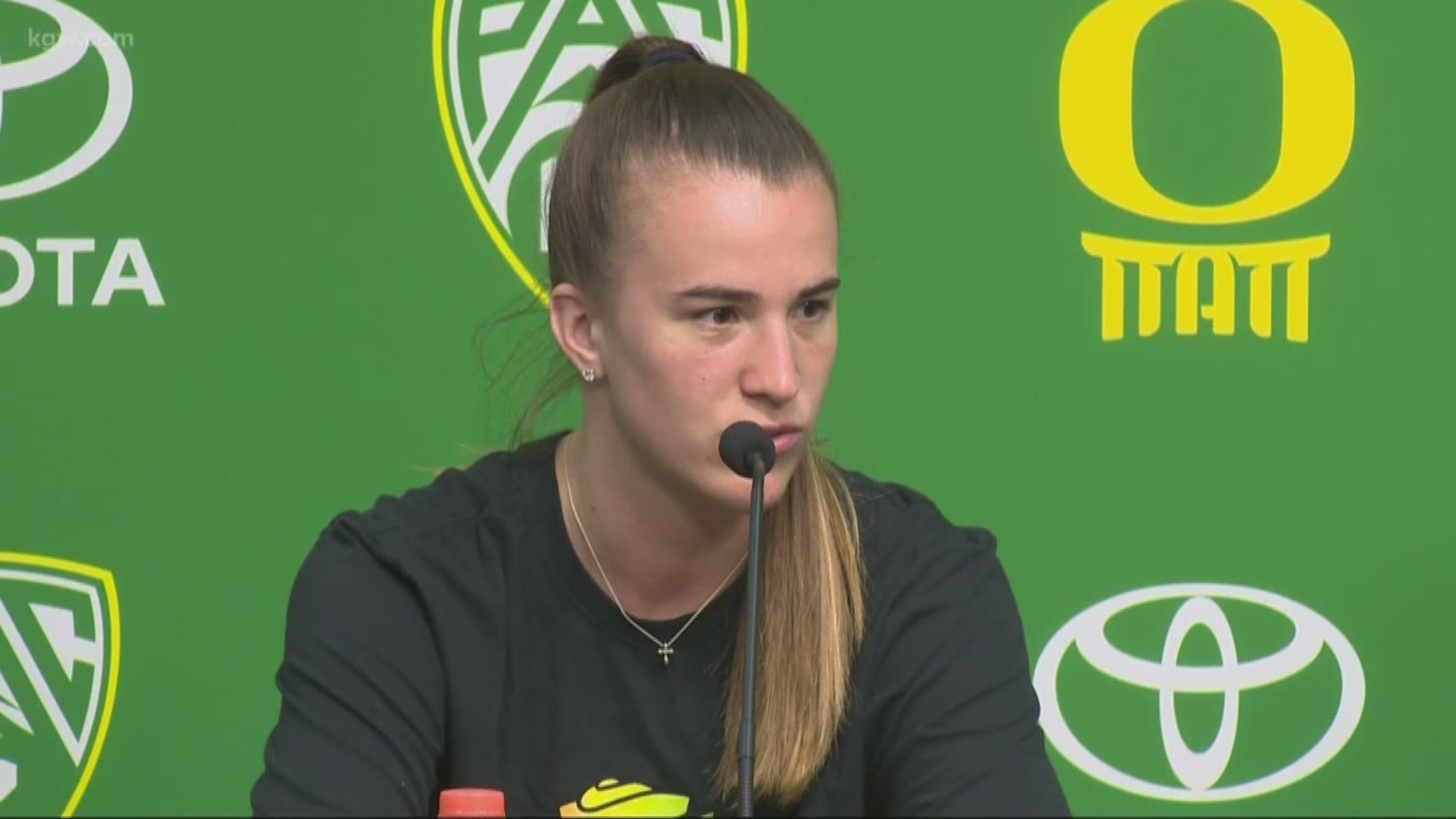 LOS ANGELES — Zion Williamson of Duke insisted he doesn't know if he's going to declare for the NBA draft and leave Duke early.

Then his words seemingly betrayed him.

After winning the John R. Wooden Award as the nation's outstanding men's player at the College Basketball Awards Friday night, he rattled off memories from his freshman year.

"Just being around each other on and off the court because it was more than basketball," Williamson said during the nationally televised show. "The brotherhood is something real. The bond we had built is second to none so I know I'm going to miss that."

Asked for the second time on the show if he was leaving early, he replied, "Like I said before, I don't know."

Williamson is the sixth player from Duke to win the award named for the late UCLA coach, who won a record 10 NCAA championships.

Williamson's trophy cabinet is already overstuffed. He has collected numerous awards — including The Associated Press player of the year — for his efforts in leading the Blue Devils to the Elite Eight of the NCAA Tournament. They lost 68-67 to Michigan State, denying themselves a trip to the Final Four.

"I don't regret nothing about this season," he said. "I enjoyed every moment of it."

Sabrina Ionescu of Oregon was a surprise winner of the women's Wooden Award. She and Williamson shared the spotlight during the fifth annual ceremony at The Novo in downtown Los Angeles.

Her mouth dropped open when her name was announced. The NCAA Division I leader in career triple-doubles with 18, she led the Ducks on their first-ever Final Four run. The 21-year-old point guard plans to return for her senior year.

"This award isn't won alone, so this goes out to my team, my family, my coaches, and everyone that made this possible," Ionescu said. "Growing up with two brothers, it wasn't easy. They never took it easy on me. We fought all the time. We played in the yard, and so this goes to them. They pushed me to my limits all the time."

RELATED: Ionescu speaks about decision to return to Oregon for senior season

Gustafson had earned several postseason honors, including AP player of the year for leading the nation in scoring for the second straight season.

All of the award namesakes were on hand to present their trophies except Cousy, who is 90.

Kruger is 160-105 in eight seasons with the Sooners. He's the first Division I coach to guide five different schools to the NCAA Tournament.

The individual awards were decided by a combination of fan votes and input from the Basketball Hall of Fame's selection committee.