Oregon vs. Baylor in Final Four: How to watch, game preview

Baylor’s lone loss this season came against Stanford, a team Oregon split with in two matchups this season. 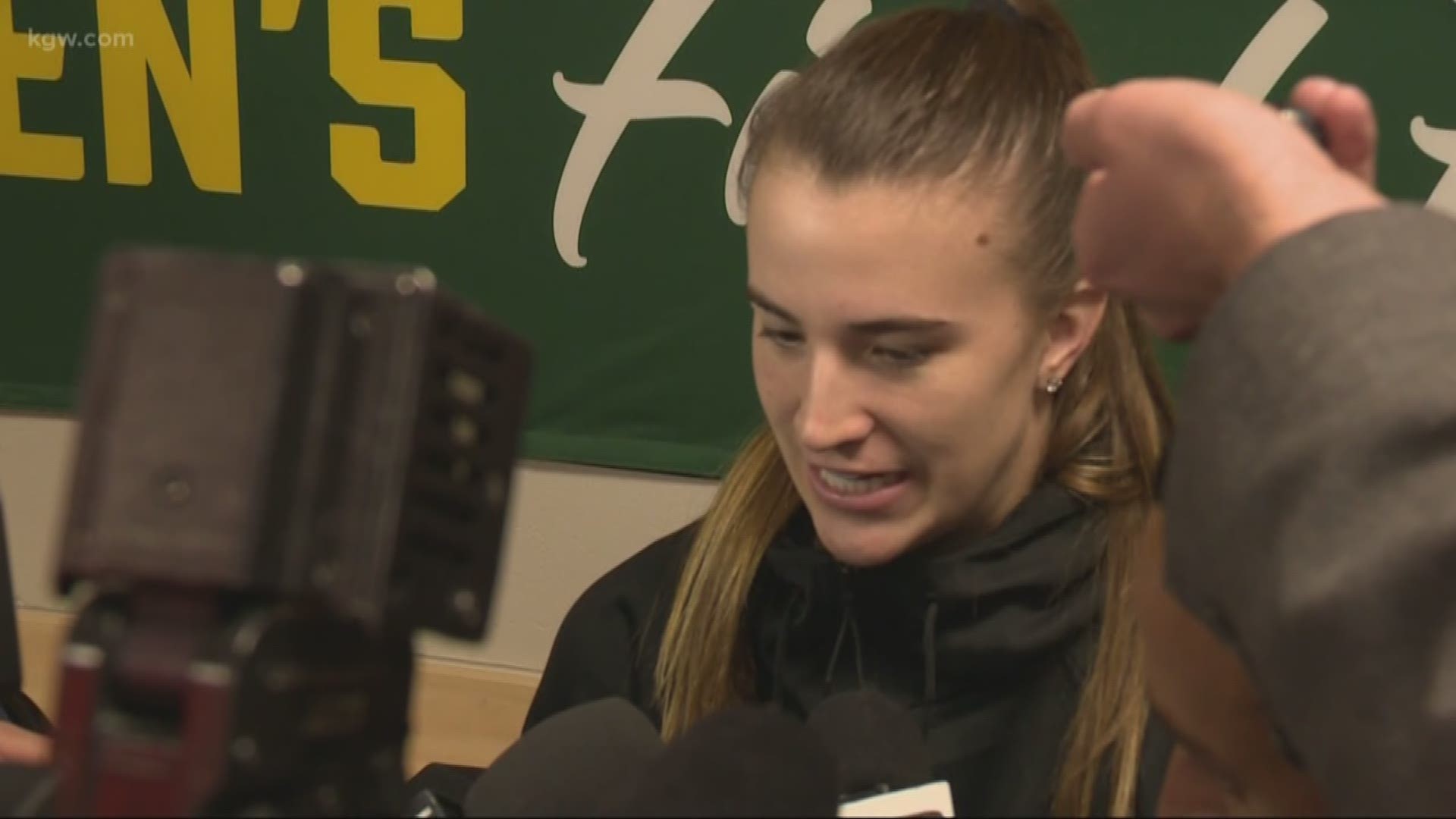 First round: Win over No. 15 Portland State, 78-40. Forwards Ruthy Hebard and Satou Sabally scored 22 and 21 points, respectively. Sabally also had 16 rebounds and Hebard finished with 11 rebounds.

Second round: Win over No. 10 Indiana, 91-68. Junior guard Sabrina Ionescu, who was the Pac-12 Player of the Year for the second straight season, recorded her 18th career triple-double. Ionescu finished with 29 points, 12 assists and 10 rebounds.

Elite 8: Win over No. 1 Mississippi State, 88-84. After getting off to a slow start, Oregon led for most of the second half to defeat the Bulldogs for the second time this season. Ionescu led the Ducks with 31 points, 8 assists and 7 rebounds. Sabally finished with 22 points. Forward Ruthy Hebard scored 14 points and held All-American center Teira McCowan to 19 points.

This is the first time Oregon has advanced to the Final Four.

First round: Win over No. 16 Abilene Christian, 95-38. Baylor scored the first 20 points of the game to roll to a win. The Bears had 61 total rebounds, a school-record in the NCAA Tournament. 6-foot-7 center Kalani Brown had 17 points and 11 rebounds. 6-foot-4 forward Lauren Cox had 14 points.

Second round: Win over No. 8 California, 102-63. This time it was Baylor’s guards to lead the way in a dominant victory. Juicy Landrum scored 20 points with four 3-pointers and Chloe Jackson added 18 points. The Bears went on a 25-2 run in the first half. It’s the 11th straight season Baylor advanced to the Sweet 16.

Sweet 16: Win over No. 4 South Carolina, 93-68. Guard Didi Richards scored a career-high 25 points. Brown and Cox each had double-doubles as Baylor advanced to the Elite 8 for the fifth time in six years. The Bears shot 52 percent from the field and led by as many as 30 points.

Elite 8: Win over No. 2 Iowa, 85-53. Baylor held the Hawkeyes, the nation’s best shooting team, to a season-worst 32%. Iowa forward Megan Gustafson, who led the nation in scoring, finished with 23 points. Cox had 22 points and 11 rebounds to lead the Bears. Richards had 16 points and Jackson had 14 points. Baylor shot 53 percent from the field and had a 47-26 rebound advantage.

This is the first time since 2012 Baylor has reached the Final Four. The Bears have won their four NCAA Tournament games by an average of 36 points. Baylor’s lone loss this season came against Stanford, a team Oregon split with in two matchups this season.

Both teams are among the nation leaders in points per game but they get the job done with two different styles of play.

Oregon typically relies on outside shooting and carving defenses with the pick-and-roll. The Ducks lead the nation shooting 41.9% from three. Oregon averages 9.8 3-point makes per game, seventh in the country.

Meanwhile, Baylor averages only 3.2 made 3-point shots per game, ranking 345th out of 349 teams. But Baylor finds success in the post with 6-foot-7 second-team All-American Kalani Brown and 6-foot-4 Lauren Cox. Brown averages 15.1 points, 8.1 rebounds and 1.7 blocks per game. Cox averages 12.9 points, 8.3 rebounds and 2.5 blocks per game. The Bears also hold opponents to an average of 31.4% shooting, the best field goal percentage defense in the country.

The winner will play the winner of No. 1 Notre Dame vs. No. 2 UConn. That game will be played Friday following the Oregon/Baylor game.

The national championship game will be played on Sunday, April 7, at 3 p.m. Pacific Time.