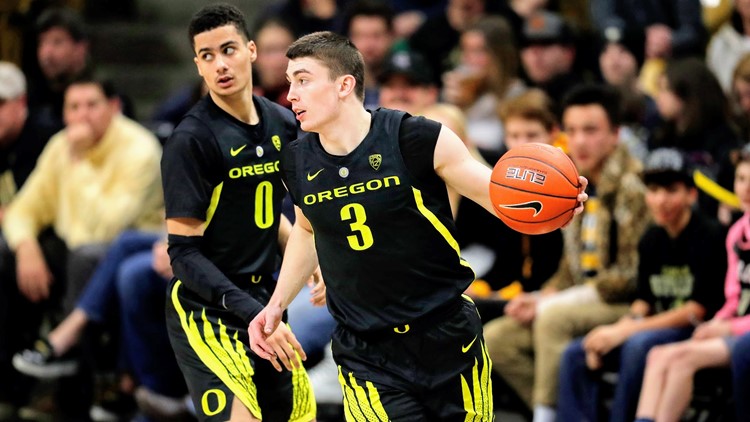 Pritchard made the announcement Wednesday on Instagram. Pritchard tested the waters of going pro by declaring for the NBA Draft in April but ultimately decided to return to Eugene.

“Going through the NBA Draft process has been an amazing experience. It has always been a dream of mine to play in the NBA. And through this process I better understand what it will take to achieve that dream. That said, I believe that I still have things I want to accomplish in college. I love the state of Oregon and I love playing for the Oregon Ducks!” Pritchard said in his post.

Pritchard, a West Linn High School graduate, will be the top returning player on a Ducks team that reached the Sweet 16 last season. He averaged 12.9 points, 4.6 assists and 3.9 rebounds per game. He was named the Most Outstanding Player of the Pac-12 Tournament.

Pritchard is just one of three rotation players returning for next season. The other two are forward Francis Okoro and guard Will Richardson. Oregon has a top-15 ranked recruiting class coming in next season, highlighted by five-star forward CJ Walker.