The Oregon State Beavers were selected to finish in 5th place in the Pac-12's north division. 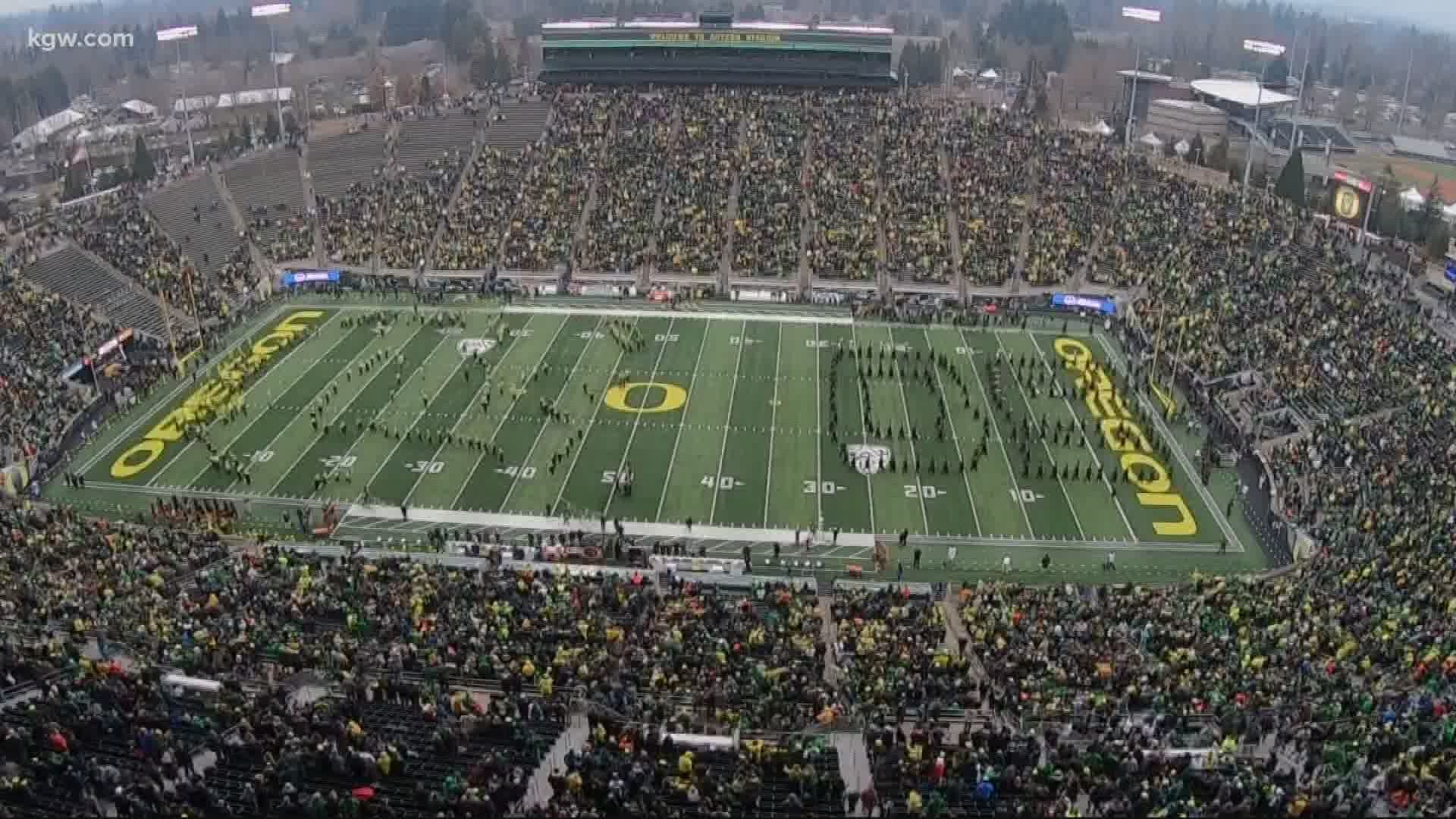 PORTLAND, Ore. — The Oregon Ducks are the preseason favorites to repeat as Pac-12 champions.

Oregon edged out USC in the 2020 preseason media poll. The Ducks received 21 of the 38 first-place votes, while the Trojans had 15, followed by Arizona State and Utah, who both received one first-place vote.

The defending champion Ducks ran away with the top spot in the north division with 35 of the 38 first-place votes.

"That's something that we never pay attention to in the program, in fact, it's the opposite," said Oregon head coach Mario Cristobal. "We live our daily lives and practice every day like we have something to prove. Our guys take notice, we know last year none of them were picked by their peers to be all-conference players and all that stuff. No one in this program feels like we have arrived. There are no sacred cows, no entitlement. If someone feels that way, they'll have to exit the door immediately. We're based on being hungry, being humble and driven. That's the only thing on our minds right now."

Oregon State head coach Jonathan Smith doesn't put a lot of stock in the preseason polls or being picked to finish 5th in the Pac-12 north division.

"The preseason polls do add to the excitement, conversation, debate and things of that nature," said Smith. "We don't put a lot of weight into them, but it's fun for college football."

The Beavers are on the rise, coming off a 5-7 record in 2019, the program's most wins in a season since 2014. The team returns a strong group of players with experience. Smith said depth on the roster will be as critical as ever this season and he likes what he has.

"I think we have some real depth in a lot of places. Majority of positions we've got guys returning that have played in games and started games," said Smith. "Across the board, I feel as confident as I've been going into year three with our depth."

The Pac-12 season kicks off Saturday, Nov. 7. The Beavers host Washington State, while the Ducks host Stanford. Game times will be announced at a later date.

Following are the results of the preseason media poll:

According to the Pac-12 conference, the media has correctly selected the conference champion in 31 of 59 previous polls.