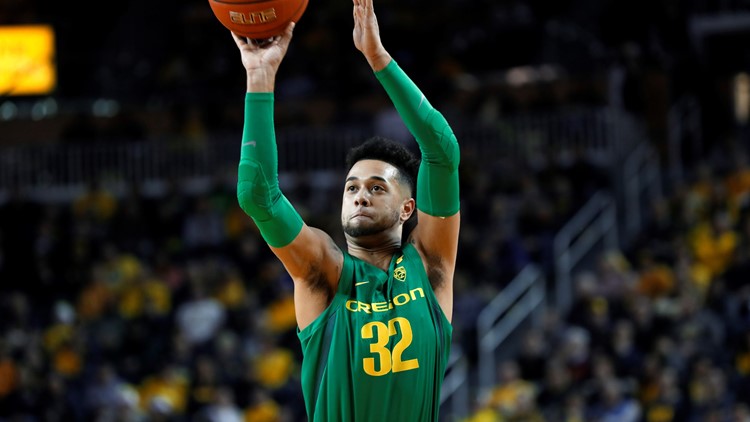 In a stellar matchup with Wolverines point guard Zavier Simpson, Pritchard was just a little bit better. Simpson had eight points and 11 assists, but the Wolverines lost their second straight game.

Oregon built a 16-point lead in the first half, then had to withstand and extended Michigan charge.

Anthony Mathis nearly won it for the Ducks with a long 3-pointer at the end of regulation, but a replay showed he released the shot just after the clock ran out.

RELATED: No. 6 Oregon to face No. 8 Wisconsin in Rose Bowl