Oregon, despite being ranked higher than Auburn, is a betting underdog in the biggest game of the college football weekend. 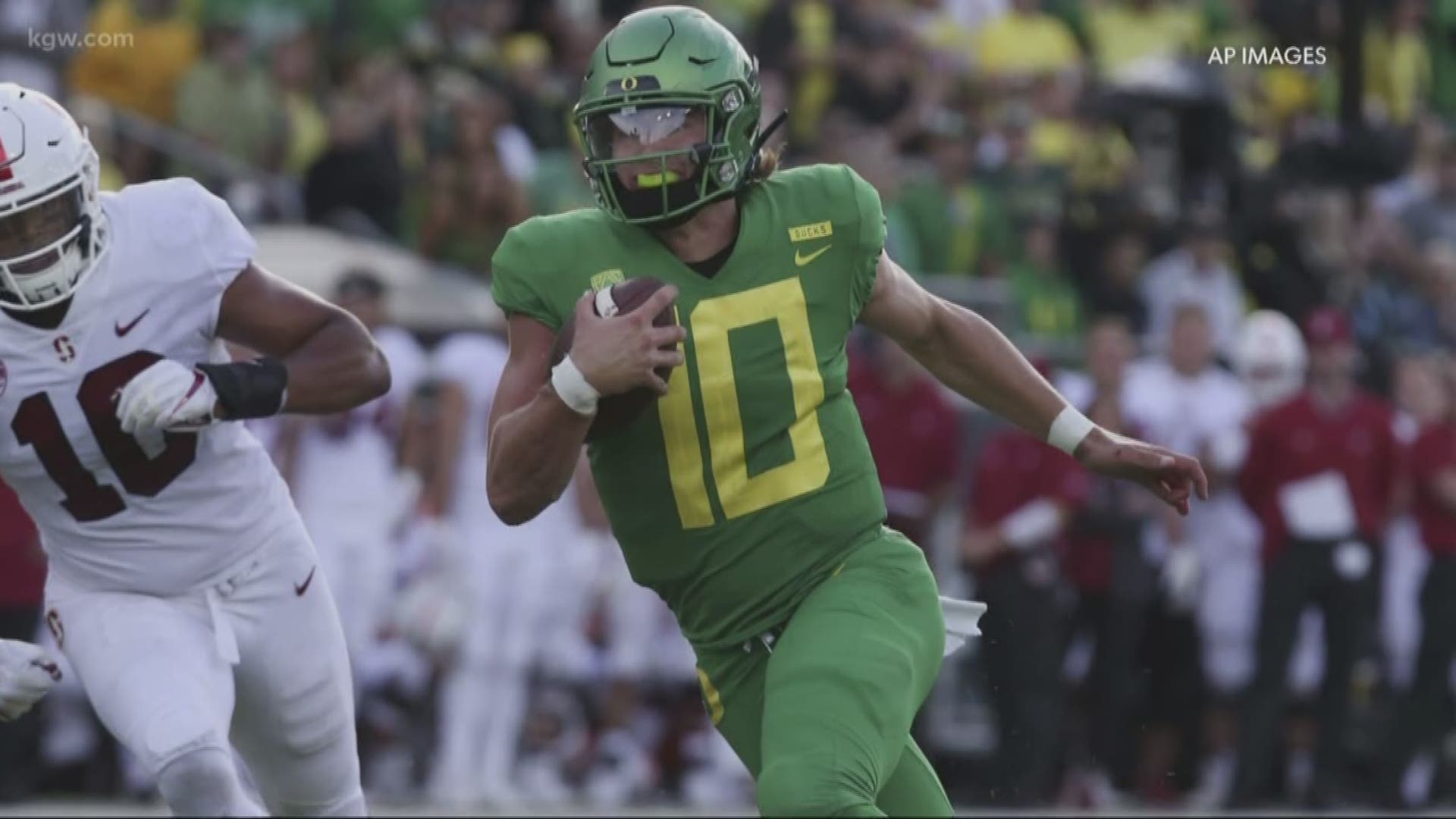 PORTLAND, Ore. — The premiere game of the first full weekend of college football is Oregon’s matchup against Auburn.

In addition to it being the only game between ranked teams, it’s the first time the two schools have met since the 2011 national championship game, which Auburn won 22-19.

Because it’s the biggest game of the weekend, ESPN’s highly-acclaimed College Gameday show was at AT&T Stadium in Arlington, Texas, just outside of Dallas, where the game is being played.

At the end of the show, the hosts picked who they think is going to win the Oregon-Auburn game.

ESPN analyst Desmond Howard picked Oregon, which didn’t come as a surprise because Howard previously predicted the Ducks will make it to the College Football Playoff this season.

This week’s special guest picker was Bo Jackson, who went to Auburn before playing in the NFL and Major League Baseball. Of course, Jackson picked Auburn.

So, it came down to analyst Lee Corso, who has become a legend for his headgear picks, to break the tie. To the cheers of Oregon fans behind him, Corso donned the Ducks headgear and was joined on set by The Duck in celebration of the pick.