The preseason hype is mostly due to Oregon's returning talent. But head coach Mario Cristobal and players say the culture continues to get stronger and better. 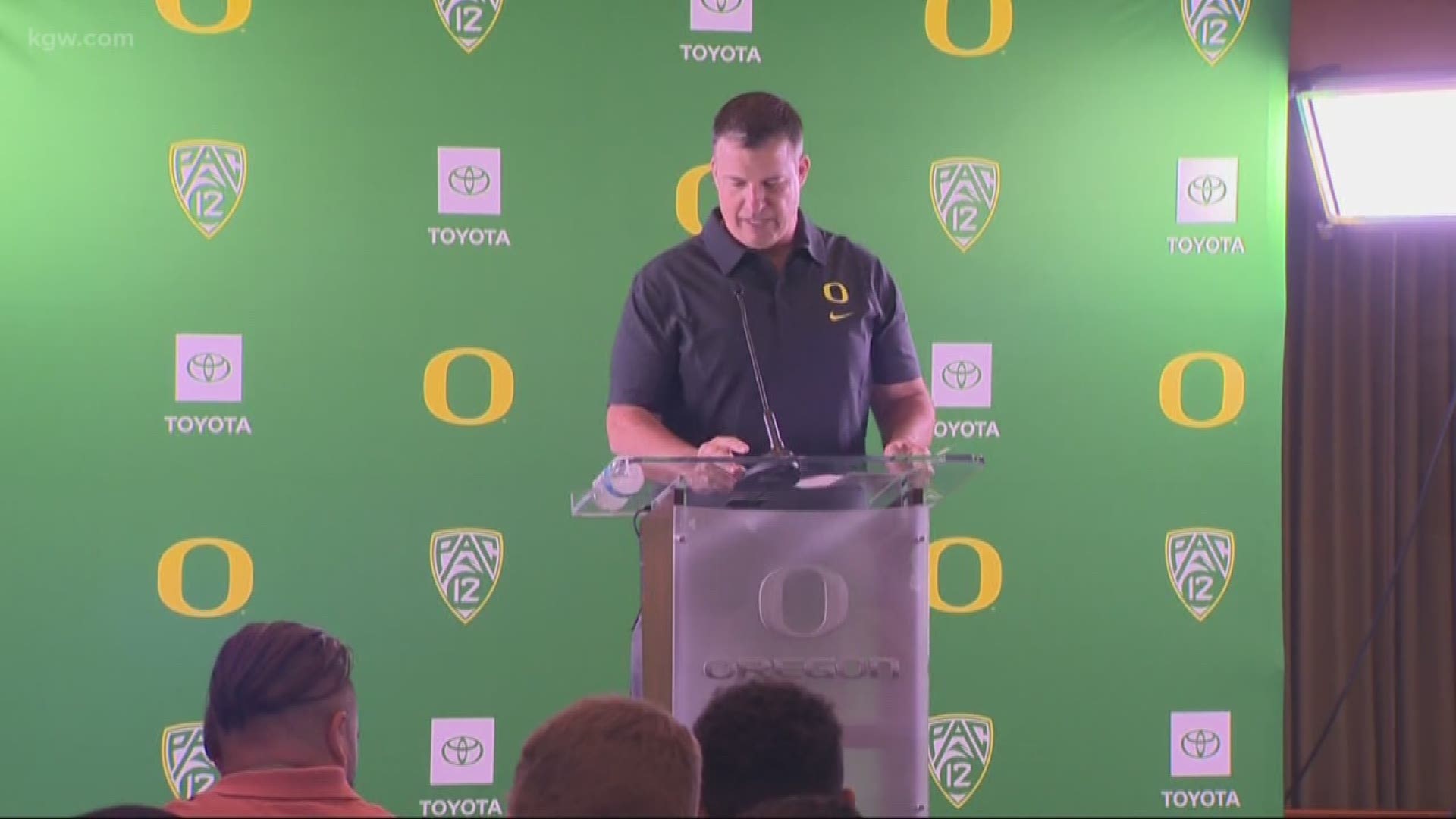 EUGENE, Ore. — The Oregon Ducks opened fall camp Friday in a position they haven’t been in in a few years: contenders to win the Pac-12 championship.

But the Ducks could be poised to return to the top of the Pac-12 this season. Oregon was picked by the media last month to win the Pac-12 North Division. They also received the second-most votes to win the conference, only behind Utah.

Oregon was also ranked No. 13 in the country in the preseason coaches poll released on Thursday. That was the second-highest ranking of any Pac-12 team. Defending conference champion Washington was ranked No. 12.

The preseason hype is mostly due to Oregon's returning talent. Senior quarterback Justin Herbert, who decided to come back for his senior season instead of leaving for the NFL Draft, is considered a Heisman Trophy favorite. Oregon returns 10 of 11 starters on offense from last year’s team. On defense, the team returns seven starters including senior linebacker Troy Dye, who has led the team in tackles each of the last three seasons.

But if Oregon is going to return to their past level of success, head coach Mario Cristobal said during Media Day on Friday that it will come down to more than just talent.

Cristobal, who is heading into his second season as head coach, said he has directly addressed the preseason expectations with the team. He said he’s preached that the little things the team does now will go a long way in determining if they live up to the preseason hype. That focus on improving day-to-day is part of a culture within the program Cristobal says continues to get stronger and better.

The culture shift is noticeable to Dye and Herbert. Dye said this year’s team is a tighter unit than the one he remembers when came to Eugene as a freshman.

Herbert shared the same sentiment as Dye, saying the team was a group of individuals when he first arrived. Now, Herbert said, it’s more of a collective team and that unity was a big factor in his decision to return for his senior season.

“It’s really special group of guys… it’s something that I really wanted to be around for another year,” he said.

Oregon went 9-4 last season, continued progress from the 7-6 record from the season before. The team ended the season on a three-game winning streak, which Cristobal said built momentum for what has been a productive offseason.

Now, camp is underway, and Cristobal said the team will spend the first two and a half weeks focusing on how they can be their best at the start of the season. The last 10 days, Cristobal said, will be focused on Oregon’s first opponent of the season: No. 16 Auburn.

The game, being played at AT&T Stadium in Dallas, Texas, may be the most anticipated of the opening weekend of college football. It will be nationally televised and the site of the first College Gameday show of the year. That gives the Ducks a national spotlight to make a statement to the rest of the conference.

If Oregon comes out victorious, you can bet Cristobal and the players will fall back on the re-established culture as a reason for the big win.