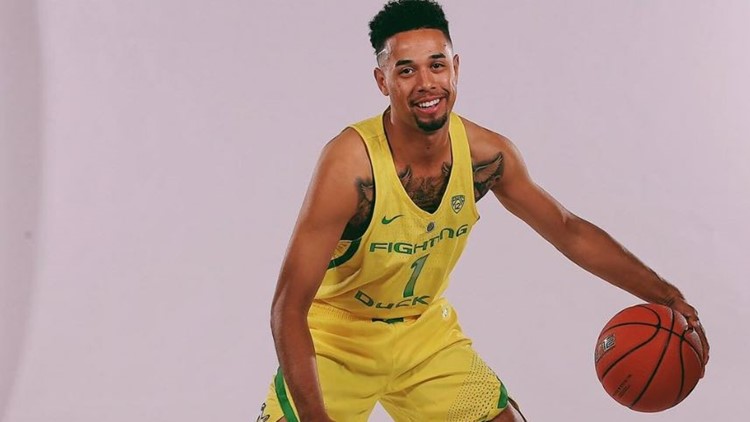 Photo by: University of Oregon
Anthony Mathis in an Oregon Ducks jersey

Mathis, who spent four seasons at the University of New Mexico, said he is transferring to Oregon for the upcoming season.

Not only is it a homecoming for Mathis, he'll also be reunited with a high school teammate. Mathis and Ducks guard Payton Pritchard played together at West Linn High School and won three state titles. Pritchard would go on to lead West Linn to a fourth championship the year after Mathis graduated.

Pritchard tweeted about the possibility of playing with Mathis again earlier this week.

Mathis was granted a fifth year of eligibility earlier this year, and since he is a graduate transfer, he’ll immediately be eligible to play for the Ducks.

Mathis, a 6-foot-3, 175-pound guard, led the Lobos in scoring last season, averaging 14.4 points per game and making 41 percent of his 3-point attempts. He'll provide offensive firepower and experience to a Ducks team that reached the Sweet 16 last season, but lost many of its rotation players.