Doug Brenner said the coaches had trash cans lined up for players to throw up in. After the first day, when people passed out, Brenner said oxygen tanks were brought to the workout. 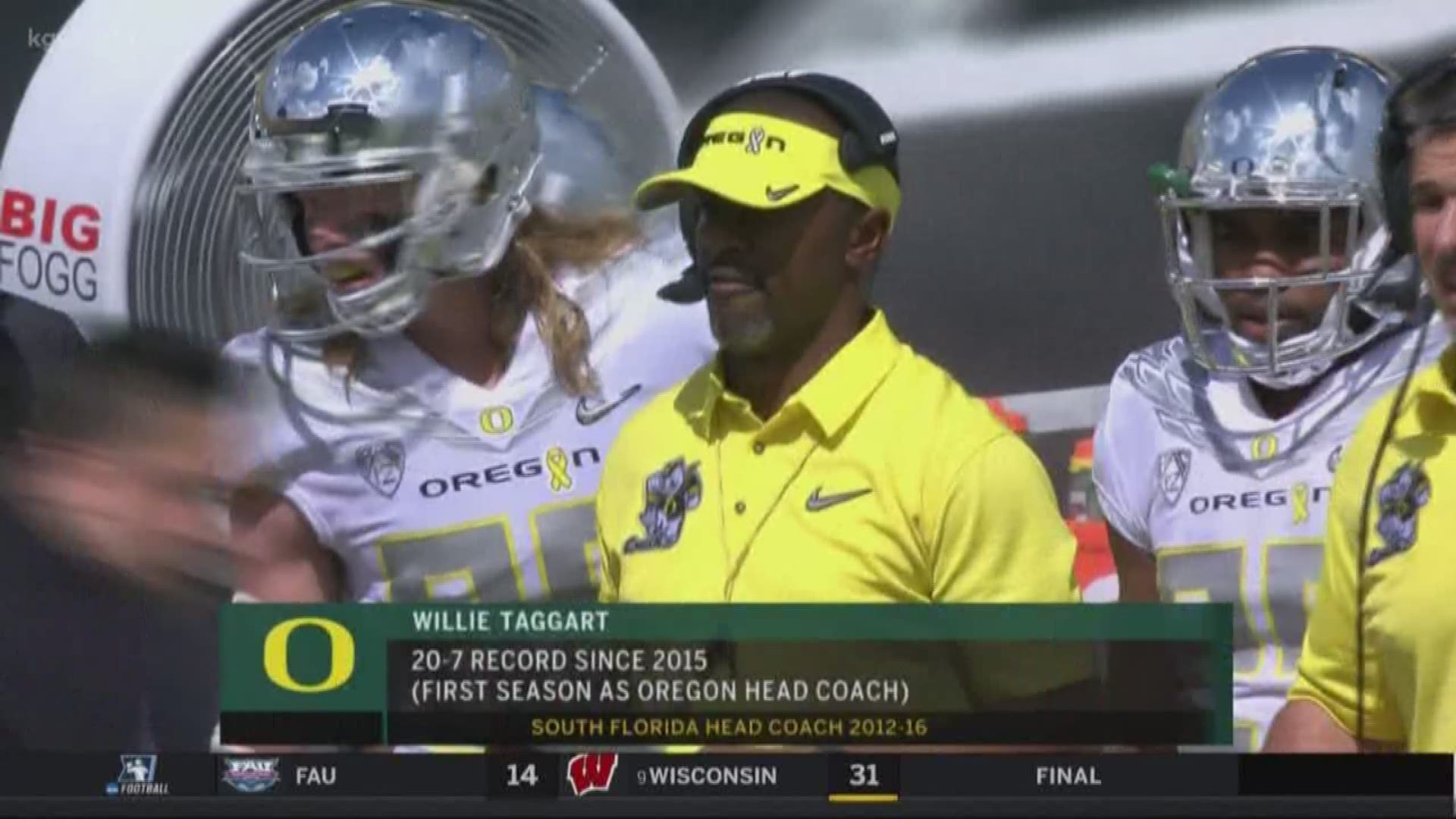 Brenner is suing the University of Oregon, the NCAA, Taggart and conditioning coach Irele Oderinde because of the intense workouts, one of which sent three players, including Brenner, to the hospital in 2017.

Another of the three players, Sam Poutasi, filed a $5 million lawsuit against the school on Thursday. Poutasi is an offensive lineman who just finished his redshirt sophomore season at Oregon. He spent a week in the hospital for treatment of rhabdomyolysis.

The third player, tight end Cam McCormick, who just finished his redshirt sophomore season, said he won't be suing in an announcement posted to Twitter on Saturday. "I respect my teammates immensely and their very difficult decision to take that path," the tweet read. "I look forward to putting this unfortunate situation in the past, and moving ahead."

“They started with these workouts that were aimed, not to get us better at football, but to break us. To break our will. To see who would quit,” Brenner said.

The Ducks were coming off a disappointing 4-8 season, and Brenner said there was an immense amount of pressure to have a strong 2017 season.

“It was scary and there was a lot of pressure because they were new coaches and we really wanted to impress them,” he said.

Brenner said the coaches had trash cans lined up for players to throw up in. After the first day, when people passed out, Brenner said oxygen tanks were brought to the workout.

The former lineman said other players were punished if a player passed out or vomited.

“Coach [Oderinde] said, ‘We’re just going to keep doing up-downs until so-and-so can return from throwing up in the trash can,’” Brenner recalled.

Oderinde was suspended as a result of the workouts.

Brenner, who was heading into his senior season and a team captain the season prior, said the coaches made him feel like he couldn’t walk away.

“Quitting didn’t really seem like it was a viable option. They made it seem like you couldn’t quit,” he said.

Brenner said the workouts were unlike anything he had gone through before. He said previous Ducks coaches, Chip Kelly and Mark Helfrich, never had workouts as demanding as the ones Taggart put players through. He also said current Oregon head coach Mario Cristobal wouldn't put players through the same type of workouts.

“I’ve never experienced anything like this coaching style in my history of athletics,” Brenner said. “It’s just irresponsible and dumb.”

Brenner suffered rhabdomyolysis, a condition that occurs when muscle tissue breaks down and leaks into the bloodstream. For Brenner, it caused permanent kidney damage that may have shortened his lifespan by a decade or more, he said.

“Bottom line, because of these workouts that I did, I have permanent damage to my kidneys and to my life,” he said.

Brenner hopes his lawsuit will force the NCAA to put regulations in place to prevent other players from suffering what he had to go through.

“It’s not fair that college athletes work hard and do these things and get their bodies damaged,” Brenner said. “And then a coach, like coach Taggart, can go to Florida State and make a $30 million contract and not be held accountable. For me, it’s about accountability.”