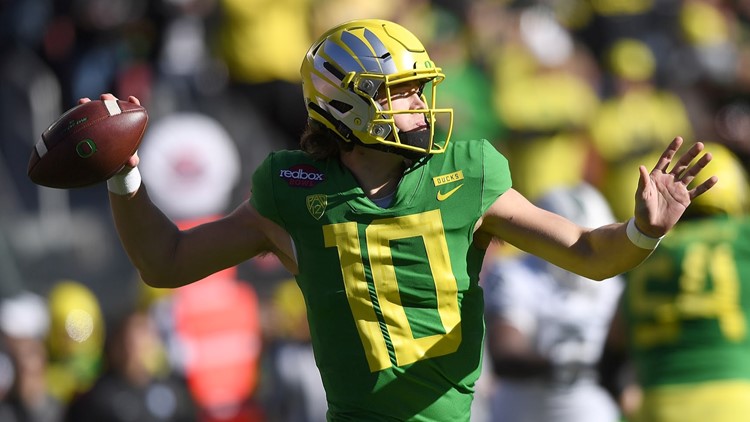 Photo by: Thearon W. Henderson
Oregon Ducks quarterback Justin Herbert looks to pass against the Michigan State Spartans during the first half of the Redbox Bowl at Levi's Stadium on December 31, 2018 in Santa Clara, California.

After deciding to return to school instead of declaring for the NFL draft, Herbert hopes to join that fraternity of quarterbacks as a senior.

Herbert threw for 3,151 yards and 29 touchdowns as a junior last season but Oregon still finished fourth in the Pac-12 North.

"We've been through the highest of highs and lowest of lows and we've seen all the success that's been at Oregon so we're capable of looking at it and realizing this isn't where we wanted to be," Herbert said. "There's a direction that we're heading and I think we need to keep going that way."

Herbert was pleased to receive the nod. However, he recognizes it means nothing if Oregon can't back it up on the field.