Use KTVB's interactive timeline to chart the course of Andy Avalos becoming the Broncos' 11th coach in program history. 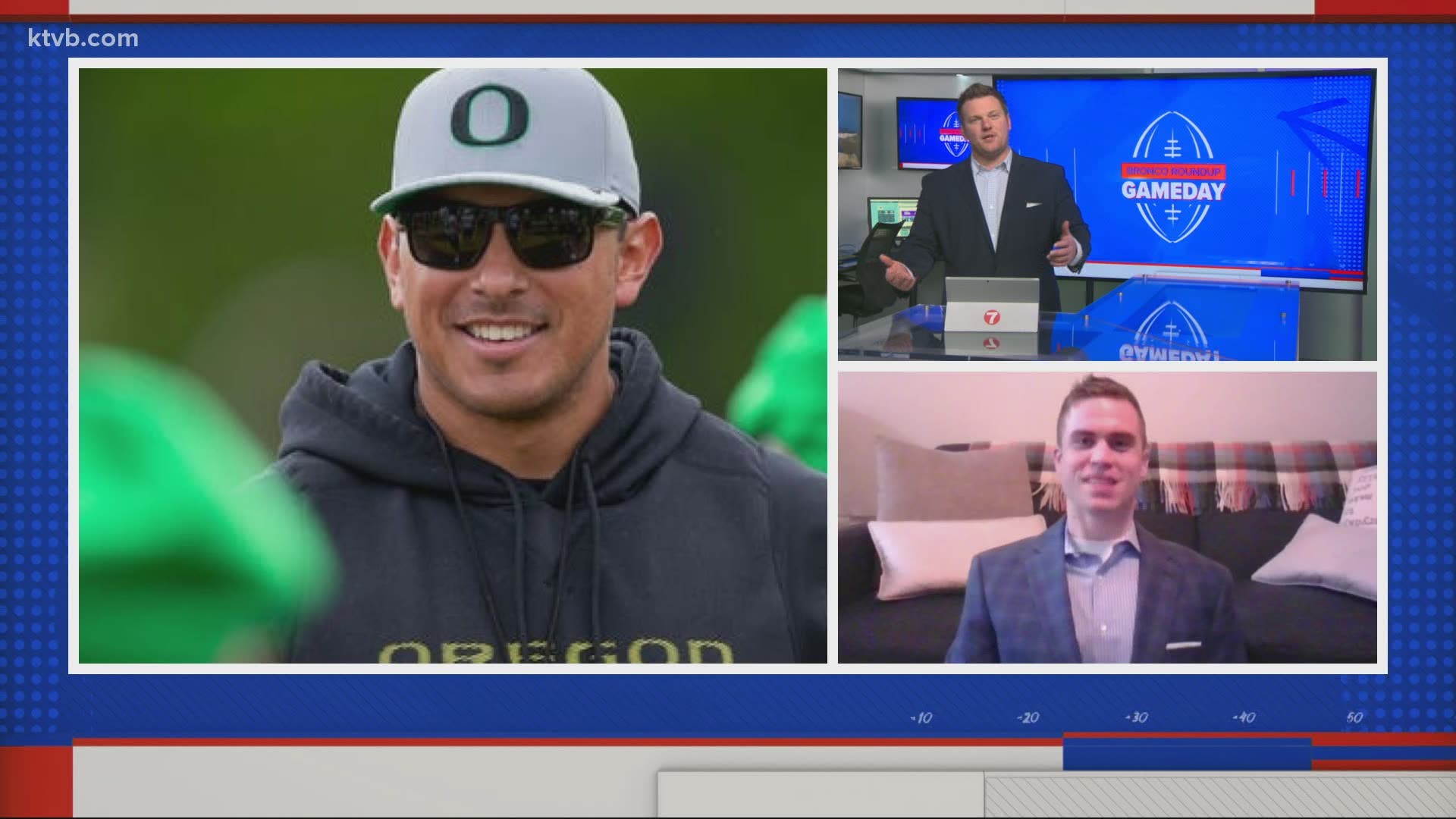 BOISE, Idaho — After 18 days since Bryan Harsin bolted Boise State to become the next head coach of the Auburn Tigers, the Broncos finally officially have a new head coach - Andy Avalos.

Boise State University made the announcement on Saturday morning, confirmed reports on Friday that Avalos would be hired as the team's 11th head coach. He is the first Latino head coach in Boise State history.

The former All-WAC linebacker is returning to Boise State to become the university's head football coach.

"This is a dream come true, and a very humbling opportunity for myself and my family to be back on this program," Avalos said in the university's announcement.

Avalos spent the last two seasons as the Oregon Duck's defensive coordinator, where he turned Oregon's lame-duck defense around from 49th in the country in 2018 to a squad of ferocious honeybadgers who were ranked ninth in 2019 for total defense.

Before joining the Ducks' staff in February of 2019, Avalos was Boise State's defensive coordinator from 2016 to 2019 and was the Broncos' defensive line and linebackers coach since he joined the staff in 2012.

"I'm excited to get back around the players I have missed the last two years, and to provide an elite experience for all the young men in the Boise State football program," he said.

Avalos played linebacker for Boise State from 2001 to 2004 and he racked up 365 career tackles, fourth in school history. He earned All-WAC honors as an outside linebacker during his junior and senior seasons.

To get caught up on all the news from the last couple of weeks, use KTVB's interactive timeline below for a brief breakdown for each development.

Dickey and senior associate athletic director Bob Carney were on the ground for approximately six hours in Eugene, according to FlightAware.com, before completing their day with a flight back to Boise.

Their flight back to Boise landed just after 9:45 p.m. MST. Both Dickey and Carney were seen leaving the airport parking lot alone in separate vehicles.

"I am elated to Bring Andy Avalos back to Boise State, where he belongs," Dickey said in a statement. "We did our due diligence with this search in a very short period of team, and this was a national search, not just something we were looking at keeping within the family."

Boise State President Dr. Marlene Tromp said in a statement that hiring Avalos as head coach is a win for Bronco Nation and he embodies the best of Boise State.

"Andy Avalos embodies all that we could ask for in a football coach — confident, as well as hungry to learn more; a blue collar worker, as well as an innovator; fiercely competitive, as well as fully invested in the development of young athletes as men of character, integrity and compassion," she said.

Before the university announced Avalos's hire, Jeff Choate tweeted out that while he's appreciative to have talked with the school, he is thankful to be Montana State's head coach. Choate was considered as one of the top candidates for the position.

"God is good.  I’m so thankful for all the love and support I’ve received over the past several weeks.  While I’m appreciative to have had the opportunity to engage with Boise State, I’m thankful to be the head coach at Montana State University. #UnfinishedBusiness," he tweeted just after 4:30 Friday.