The Ducks gave Baylor their most competitive game of the NCAA Tournament. But the Bears scored the final five points to pull out the win. 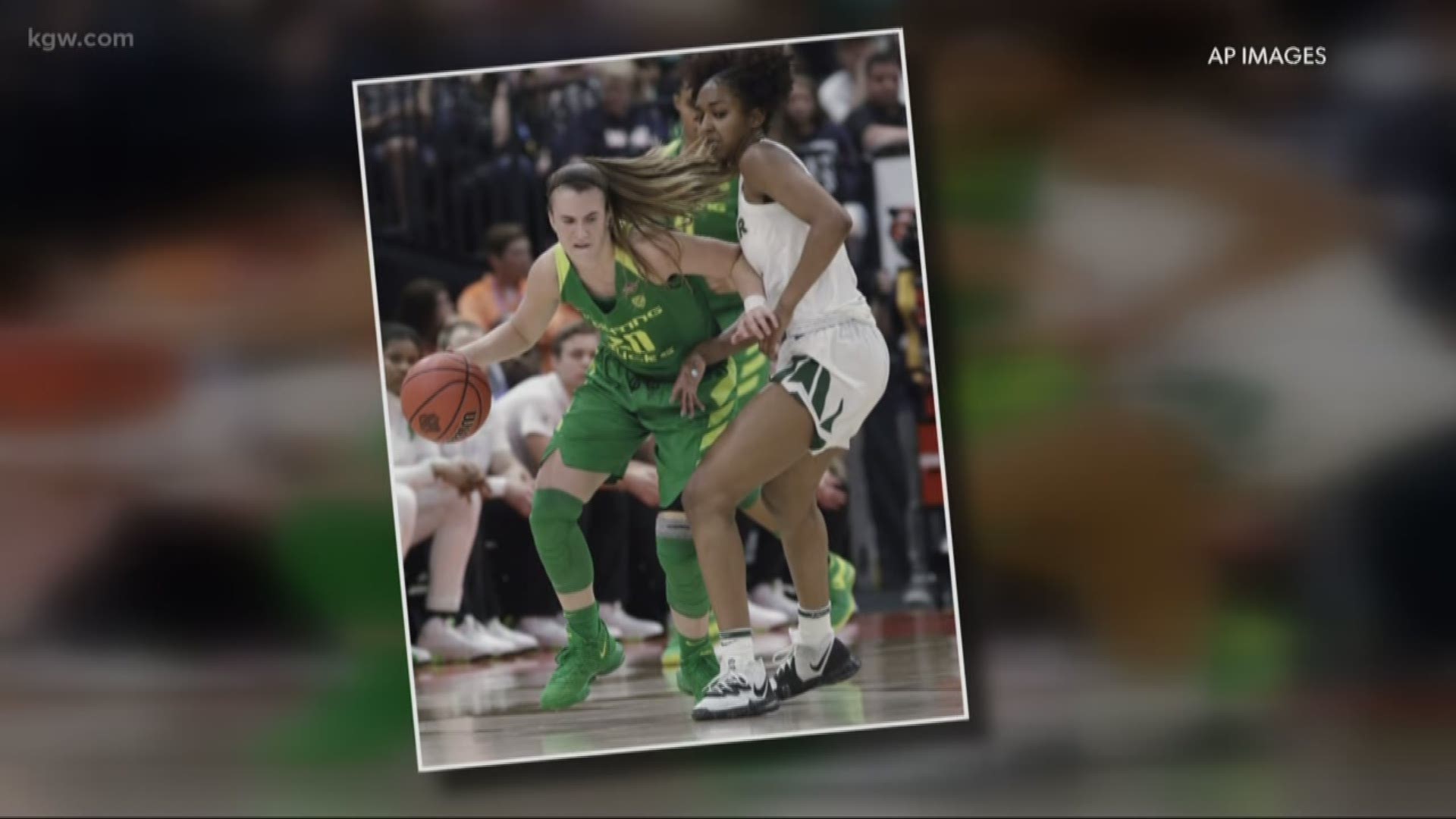 The Lady Bears (36-1) won their 28th straight game, exerting themselves defensively down the stretch. Chloe Jackson delivered a tiebreaking layup with 39 seconds left and Brown and Cox finished out the victory with free throws for the overall top-seeded team.

Baylor will play the winner of the UConn-Notre Dame semifinal for the title on Sunday night.

All-American Sabrina Ionescu led Oregon (33-5) with 18 points, but didn't score in the fourth quarter. She missed a layup that would have given her team the lead in the final minute and the Ducks misfired on 11 of their last 12 shots.

Baylor coach Kim Mulkey gave Ionescu a hug and talked to her for a few moments in the postgame handshake line. Ionescu shot 6 for 24.

After Jackson's layup, Cox made two free throws and Brown finished with a foul shot in the closing seconds.

The opening semifinal at sold-out Amalie Arena was billed as "old-school" vs. "new school" — a matchup of contrasting styles, with Baylor hoping to exploit a size advantage inside with an imposing frontcourt of the 6-foot-7 Brown and 6-4 Cox and Oregon looking to test the Lady Bears' ability to defend the 3-point line.

Ionescu shrugged off a scoreless first quarter in which she attempted just two shots. She gave Oregon a 34-33 halftime lead after making a long 3 while being bumped to the ground by Baylor's DiDi Richards.

Ionescu sat on the floor and stared at Richards, who she thought had fouled her on a shot she missed moments before, before climbing to her feet to make a free throw to finish a four-point play to put Oregon up at the break.

Baylor hasn't lost since before Christmas and trounced its first four opponents in the NCAA tournament by an average of just over 38 points per game. In doing so, the Lady Bears became just the third team since the field was expanded to 64 teams to win each of its games en route to the Final Four by 25-plus points.

UConn did it twice, in 2010 and 2013, and capped each of those seasons with a national championship.

Oregon was in the Final Four for the first time, finally breaking through under coach Kelly Graves after losing in the Elite Eight the past two years.