From West Linn to Eugene, Payton Pritchard cements his legacy as one of Oregon's all-time greats

After being one of the best at the high school level, and then in the collegiate ranks, Pritchard is now focused on taking his game to the NBA. 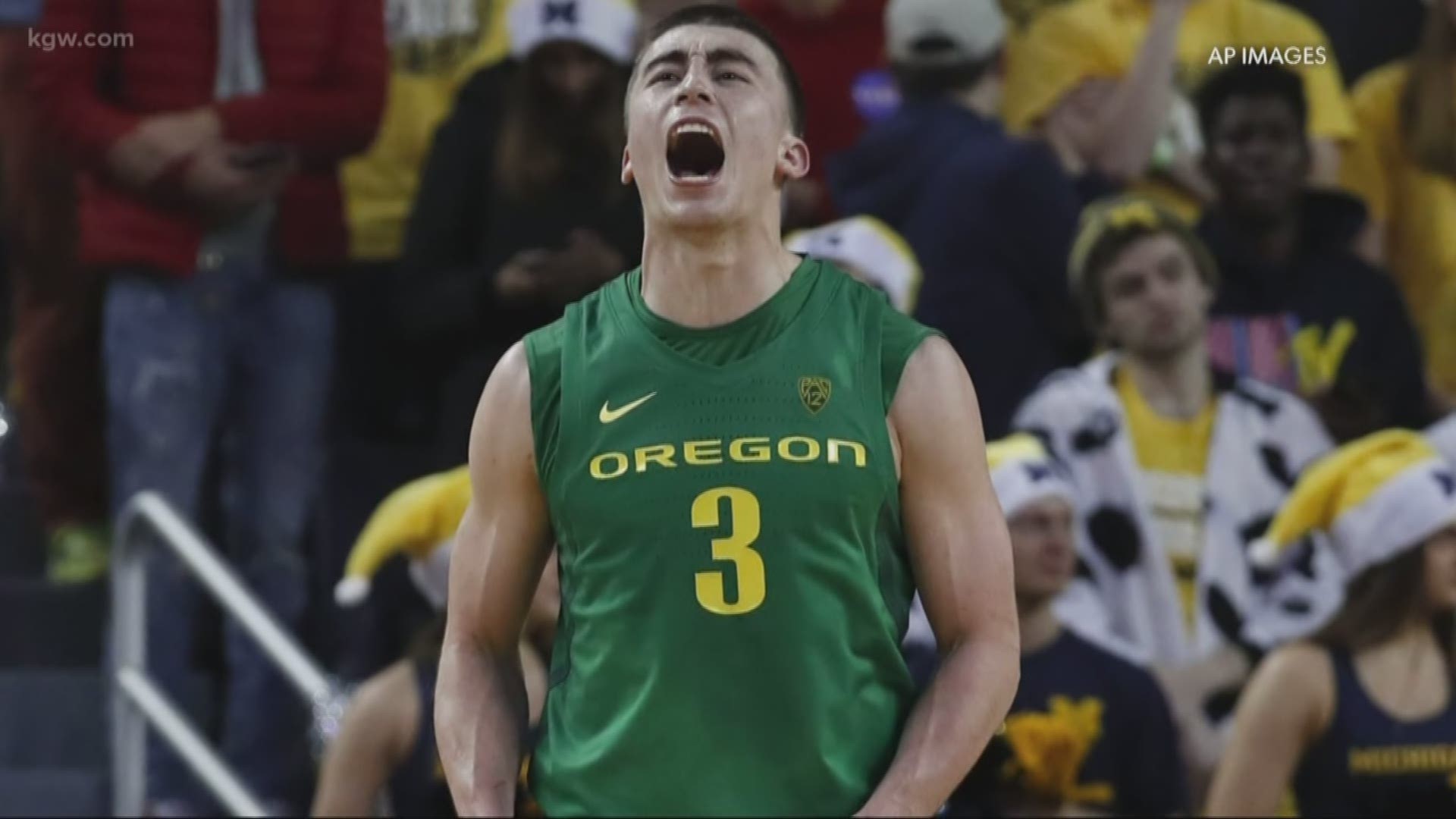 PORTLAND, Ore. — Ducks fans witnessed Payton Pritchard grow into one of the all-time greats to play basketball at the University of Oregon, a time he will always cherish.

"Playing for my home state, playing for Coach Altman, college is a special time and I'll really miss that because I had some great memories.  I played with some great players and some great teams," Pritchard said.

The awards and accolades continue to pile up for Pritchard. He's a consensus first-team All-American, the program's first in 80 years. On Wednesday, he was named the winner of the Lute Olson Award, given to the top Division I men's basketball player. Pritchard is also a finalist for multiple national awards.

"It means so much to me. It means all my hard work has paid off, but at the end of the day, I know I couldn't have done it without my teammates and my coaches," said Pritchard. "To get those awards, you need to win and obviously that takes a team effort."

Pritchard holds the school record for wins (105) and assists (659). He didn't get the storybook ending to the season he would have liked. No dance in March and no tournament to be played, but his final game as a Duck was clinching the Pac-12 regular season title.

"If there was any way to end it, that was the best way because we were able to cut down the nets in front of our home crowd and celebrate a Pac-12 championship," said Pritchard.  "For me, as my last game as a Duck, I can't think of a better way."

Winning is a habit for Pritchard. He won four straight state championships at West Linn High School  He also remembers the hard work, like using a heavyweight ball that made his hands bleed. All memories that he won't forget.

"Playing with all your best friends you grew up with, it's such a brotherhood. I'll always remember those days and obviously winning four straight titles with them," said Pritchard. "I'll remember the days of going in the gym early or late at West Linn, working out when nobody else would and I think that's what I'll remember the most."

Pritchard elevated his game, improving his skills. Following his junior season, people within NBA circles wanted to see him play at a high level consistently. After his senior year, the feedback changed.

"This year I've heard that I will get drafted and that day will come, but right now, I'm just trying to prepare to be the best I can be for that day," Pritchard said.

Hearing his name called at the NBA draft and playing in the league is something he's had his sights set on since he was a little boy.

"That would be a great feeling and I can't wait for that day to come. I know it will come and I'll continue to work to get to that point, but man that would be a dream come true," Pritchard said.