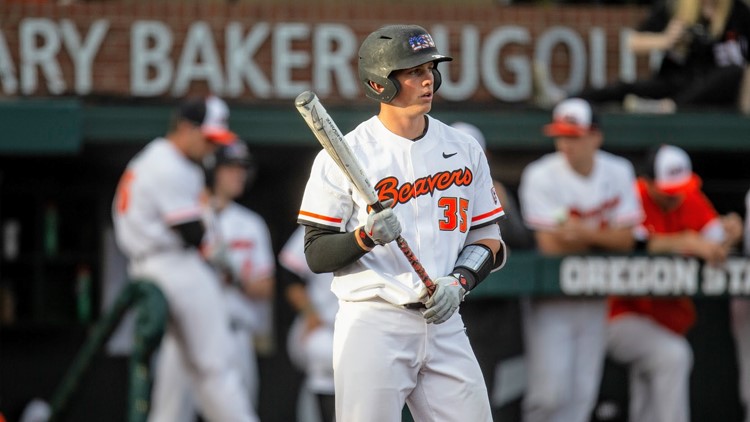 Photo by: Chris Pietsch
Oregon State junior Adley Rutschman, who prepped at Sherwood High School, hit .419 with 17 homers and 57 RBIs for the Beavers in the 2019 regular season.

CORVALLIS, Ore. — A.J. Bumpass went 5 for 5, including a go-ahead RBI triple in the top of the ninth inning, to help No. 4 seed Cincinnati beat defending national champion Oregon State 7-6 on Friday night in an NCAA Tournament regional opener.

Oregon State used a four-run bottom of the seventh, including a curious intentional walk to OSU slugger Adley Rutschman with the bases loaded and no outs, to take a 6-5 lead.

Cincinnati (31-29) tied it when Mason DeAnna scored on Joey Bellini's fielder's choice in the top of the eighth. Jace Mercer singled to lead off the ninth inning and then scored when Bumpass drilled the next pitch to left center.

Cincinnati's Korren Thompson pitched a perfect bottom of the ninth for his 13th save.