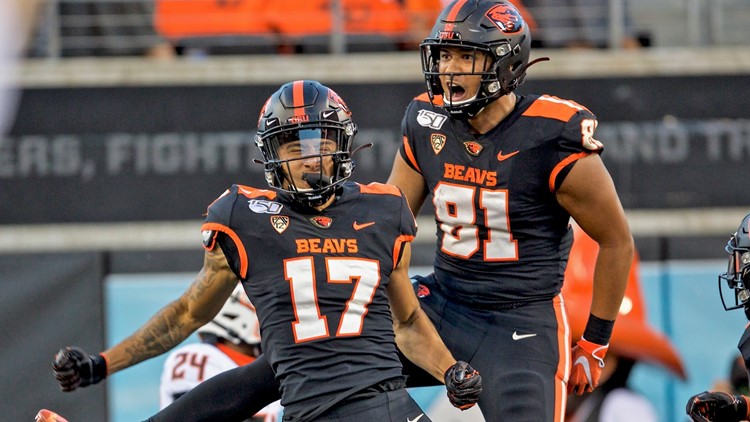 PORTLAND, Ore. — Oregon State takes on Hawaii Saturday night but fans hoping to see the team’s first win of the season will have to do so on Facebook.

The game is being played in Honolulu kicks off at 9 p.m. It can be watched here

The game will not be in television, a rare circumstance for a Pac-12 team. The Pac-12 said the Mountain West Conference, the league Hawaii plays in, has television distribution rights for the game.

Hawaii airs its home games locally on Spectrum, and allows fans on the mainland to stream the broadcast live on Facebook. What fans watch on Facebook will be the Spectrum feed, a professionally produced broadcast with announcers and a production crew.

RELATED: Oregon State-Hawaii game will air on Facebook, not on TV

The Beavers lost their first game of the season to Oklahoma State 52-36. Hawaii opened the season with a 45-38 win over Arizona.