'You never want to see that for your friend or your teammate': NBA players react to Nurkic's injury

NBA players responded with messages of support for Blazers center Jusuf Nurkic, who will miss the rest of the season after breaking his leg in Monday's win against the Nets. 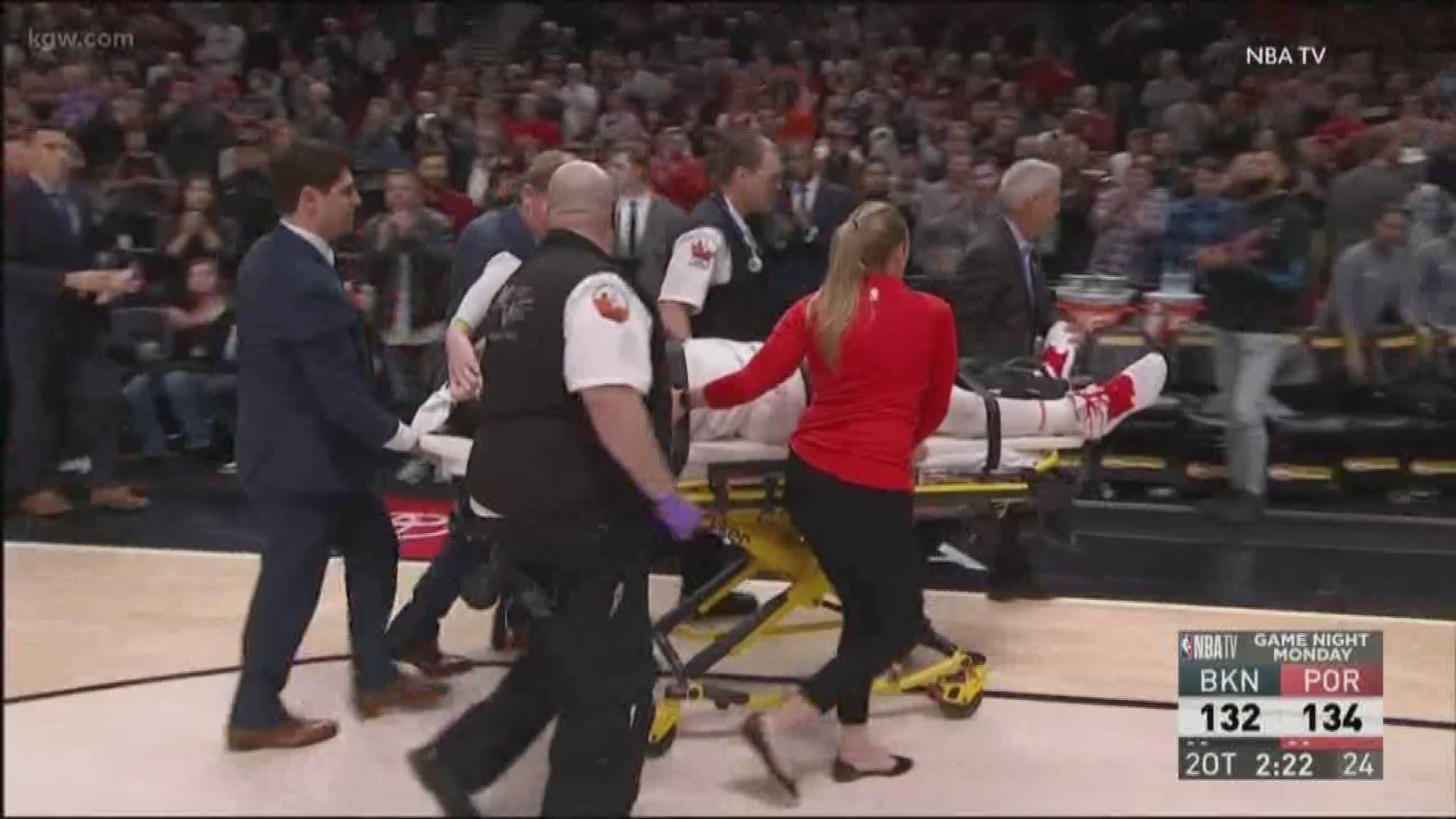 PORTLAND, Ore. — NBA players across the league responded with messages of support for Portland Trail Blazers center Jusuf Nurkic, who will miss the rest of the season after breaking his leg in Monday's win against the Brooklyn Nets.

Nurkic sustained compound fractures to his left tibia and fibula, the team said. He will miss the rest of the season and no timetable has been set for his return to basketball activity.

The way teammates of the man known as "The Bosnian Beast" spoke about Nurkic after Monday's game, it was clear that he's more than just a colleague. He's also a friend and brother. 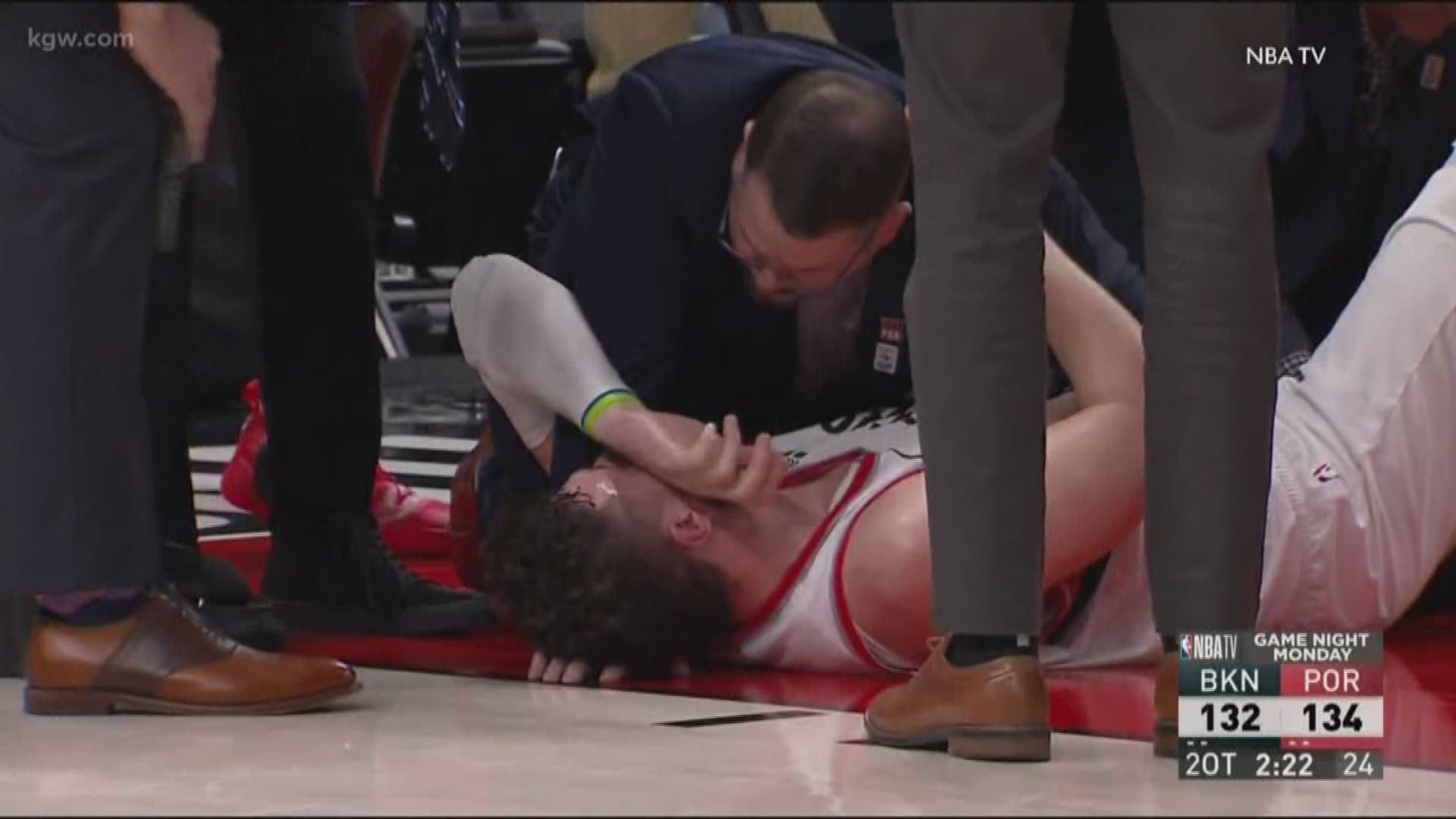 "Nurk is such a great dude, you know? You hate to see him have to go through something like that. ... You never want to see that for your friend or your teammate," Trail Blazers guard Damian Lillard said.

"It’s all fragile. Everything about it is. Other than the friendships that you have, because regardless, same team, different team, during career, post career, you’re going to be friends with guys, but every little thing about the game and about the NBA season and the NBA career, it’s fragile.

To demonstrate how close their relationship is, Lillard told Jason Quick of The Athletic about how Nurkic recently showed up at his house because he wanted to see Lillard's 1-year-old son.

“Nurk, that’s my lil’ big brother,” Lillard said. “We talk every day. Text. FaceTime. I can get on him in a way that I probably can’t get on anybody else because of our relationship. The other day after practice, Nurk just came to my house to see my (1-year-old) son. Just like, no reason at all. At home, and he just wanted to come by and see the baby.”

Lillard shared a photo of Nurkic and Dame Jr. on Instagram.

On the KGW News App? Click here for a full multimedia experience.

CJ McCollum quote-tweeted an orthopedic surgeon's diagnosis on Twitter that Nurkic will come back stronger with the clasped hands emoji.

McCollum also posted a photo to Instagram of Nurkic with the message, "Love for life big fella @bosnianbeast27 Praying for you and your family 🙏🏽 we riding with you."

Al-Farouq Aminu posted a photo to Instagram of Nurkic with the message, "Praying for my bro and his family Ishallah you have a speedy recovery."

Enes Kanter said after the game he didn't know what to say, only that he was "going to go home and pray for him." His tweet shared a similar sentiment.

Zach Collins also posted a photo to Instagram of him and Nurkic with the message, "Prayers up for my brother @bosnianbeast27 🙌🏼🙌🏼 ."

Meyers Leonard tweeted that he was thinking and praying for Nurkic. "Great teammate. Great friend. Great player. Incredibly bright future. Thinking about you brother. Prayers up."

Rodney Hood posted a photo to Instagram of Nurkic with the message, "Stay strong bro! @bosnianbeast27 prayers up 🙌🏽🙏🏽 ."

Jake Layman posted a photo to Instagram of him and Nurkic with the message, "Prayers up to my brother Nurk 🙏🏻🙏🏻🙏🏻 ."

Evan Turner posted a photo to Instagram of him and Nurkic with the message, "Prayers up for @bosnianbeast27. A great player and a even better person, this one hurts but I know he will bounce back. Love ya, big guy ✊🏽 ."

Blazers rookie Anfernee Simons, who calmly stepped up and hit Nurkic's two free throws after the injury, posted a photo to Instagram of him and Nurkic hugging with the message, "Prayers up for Big Nurk , beasts always come back stronger✊🏾 ."

Blazers rookie Gary Trent Jr. posted a photo to Instagram of him and Nurkic sitting on the bench together with the message, "Prayers up for big nurk 🙏🏽❤️ can’t stop the Beast 🇧🇦 get well big fella 🤟🏽 ."

Numerous current and former NBA players also chimed in with messages of support for Nurkic on Twitter.