Kanter's reluctance to leave the U.S. coincides with Turkish officials seeking a red notice through Interpol and pursuing his arrest since January. 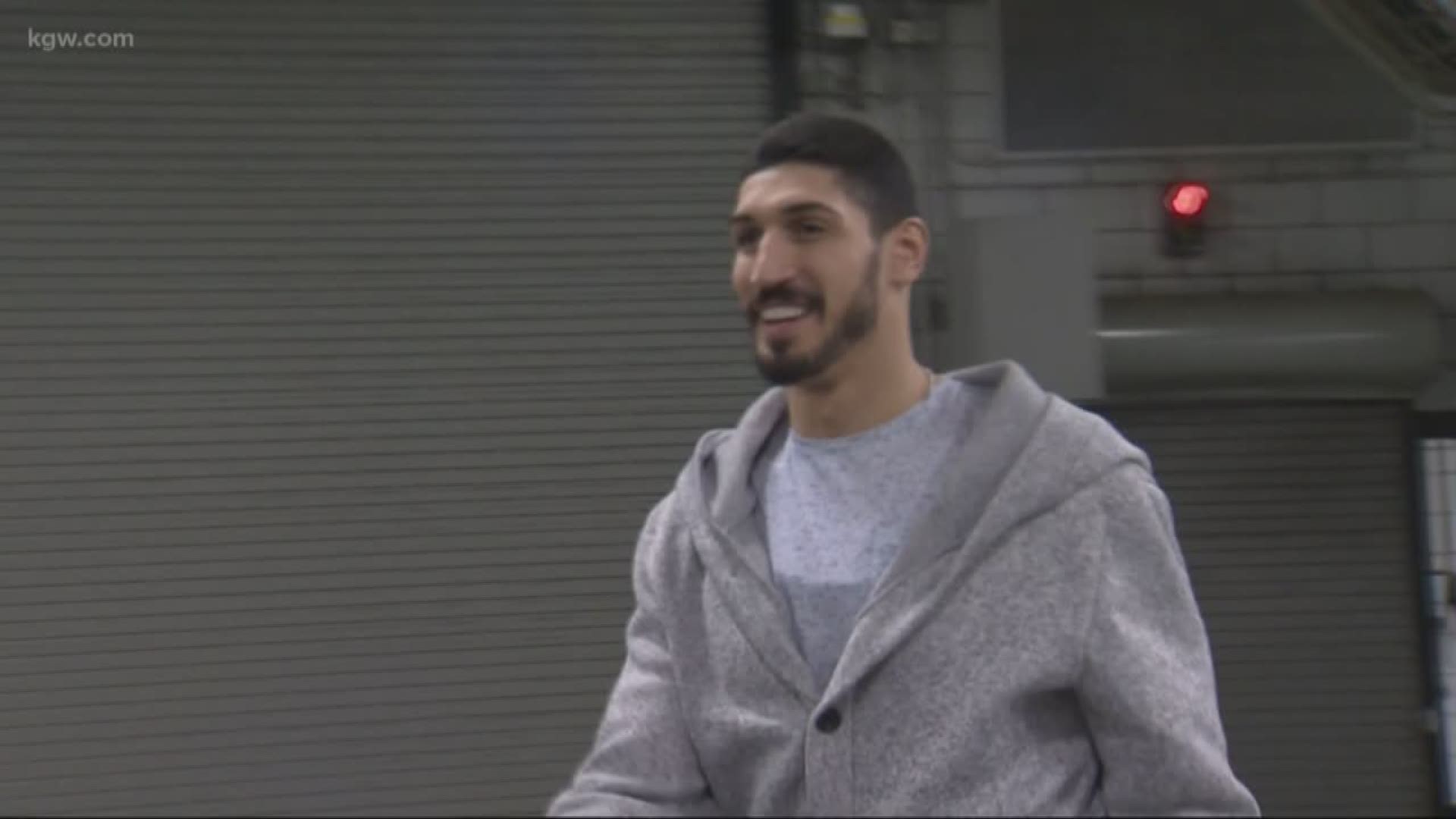 PORTLAND, Ore. — Sen. Ron Wyden (Ore.-D) sent a letter to Justin Trudeau on Tuesday, asking the Canadian prime minister to "facilitate [Enes] Kanter's safe passage to and from Canada should the Portland Trail Blazers play the Toronto Raptors ... in the upcoming NBA Finals."

Citing security concerns and a fear of being arrested, Kanter, a Turkish national and the starting center for the Blazers, chose to miss two games outside of the U.S. so far in 2019 — when he was with the New York Knicks he did not accompany them for a game in London in January, and he didn’t travel with Portland for a game in Toronto on March 1.

"I have instructed my staff to work with our administration to ensure that Mr. Kanter could travel safely to Canada and return unimpeded in the event of a Portland-Toronto NBA series," Wyden wrote in the letter to Trudeau.

Kanter has previously said that he will seek a U.S. passport; his Turkish one was canceled in 2017. His reluctance to leave the U.S. coincides with Turkish officials seeking a red notice through Interpol and pursuing Kanter’s arrest since January.

Turkey alleges that Kanter backed exiled Muslim cleric Fethullah Gulen and provided financial support to his group. Gulen has been blamed for a failed coup on the Erdogan government in 2016. Kanter has dismissed that as a "fake coup" staged by Erdogan.

"I also urge [the Canadian] government to state publicly that it will not comply with any Interpol red notice," Wyden wrote. "Doing so would send a strong message to President Erdogan and any other government that seeks to use international organizations to silence critics or settle political scores."

Kanter has said that the Turkish government can't present "any single piece of evidence of my wrongdoing."