'We're not discouraged, we're not down, we're not defeated': Blazers vow to bounce back after Game 1 loss

"That's the beauty of playoff basketball, you get another swing at it. We want to go back to Portland with a win," Blazers guard Rodney Hood said after the game. 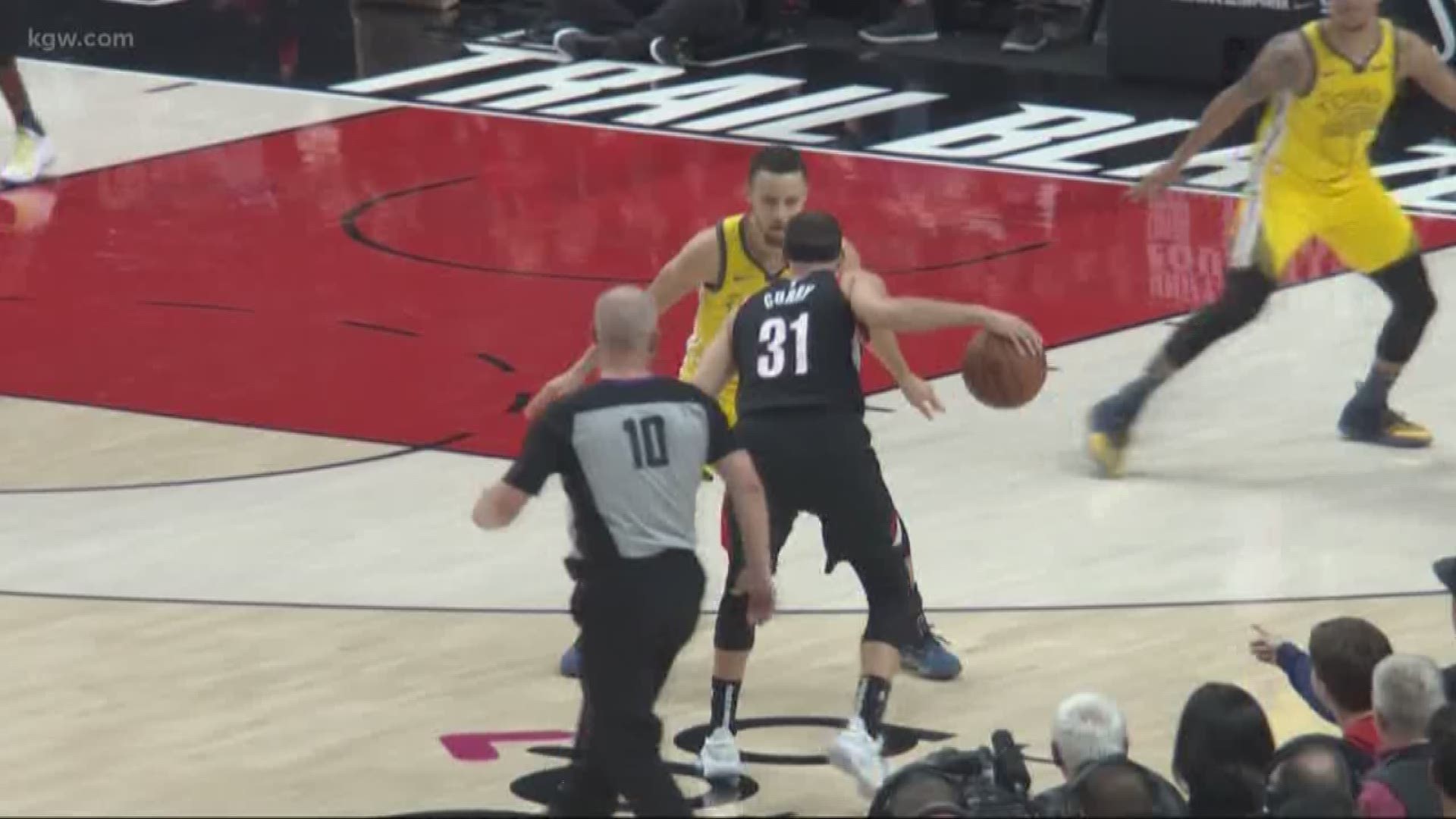 After the Warriors protected home court in Game 1 of the Western Conference finals, beating the Trail Blazers 116-94, on Tuesday night at Oracle Arena in Oakland, the Blazers owned up to their poor play and promised they'd be better in Game 2.

"We gotta take care of the ball," Blazers backup guard Seth Curry said. "We turn it over, it's double trouble because they usually score on it."

Maurice Harkless, who had 17 points, also lamented the turnovers in the locker room after the game.

"Against this team, you can't do that," Harkless said. "They capitalize on mistakes. They're on the other end dunking it."

The Blazers' star guards, Damian Lillard and CJ McCollum, were outplayed by Curry and Thompson in Game 1. Lillard led the Blazers with 19 points but had seven turnovers and missed eight of 12 shots. McCollum had 17 points but made only 7 of 19 shots.

Rodney Hood both added 17 points for Portland, and Enes Kanter had 10 points and 16 rebounds.

After the game, Hood said the Blazers still have a chance to win Game 2 in Oakland before the series heads to Portland.

"That's the beauty of playoff basketball, you get another swing at it," Hood said. "We want to go back to Portland with a win. We're not discouraged, we're not down, we're not defeated."

Game 2 is Thursday night in Oakland at 6 p.m. It will air on ESPN.

"We played a terrible game, and we still had a chance going into the fourth quarter," McCollum said. "So tighten some things up. Look forward to the game on Thursday."

Zach Collins, who had eight points, four rebounds and a block in 18 minutes off the bench, said Tuesday's game reminded him of Game 5 of the second-round series against the Nuggets, when Portland lost by 26 points, and then came back and beat Denver the next game.

"We didn't play well, and they came out and played well," Collins said. "We had one day to prepare for [the Warriors]. We'll be better. We're all very confident still."

Kevin Durant, the Warriors' best player and arguably the NBA's top player this season, is recovering from a right calf strain and missed Game 1. He's likely to miss Game 2 as well. His availability beyond that is unknown.

Watch postgame interviews and relive Game 1 with pregame, in-game and postgame social media updates from KGW's Orlando Sanchez and Jared Cowley, and other members of the Portland and Oakland media.

VIDEO: Damian Lillard: 'We'll be addressing a lot of things'

VIDEO: Terry Stotts: 'We never really got on track offensively'