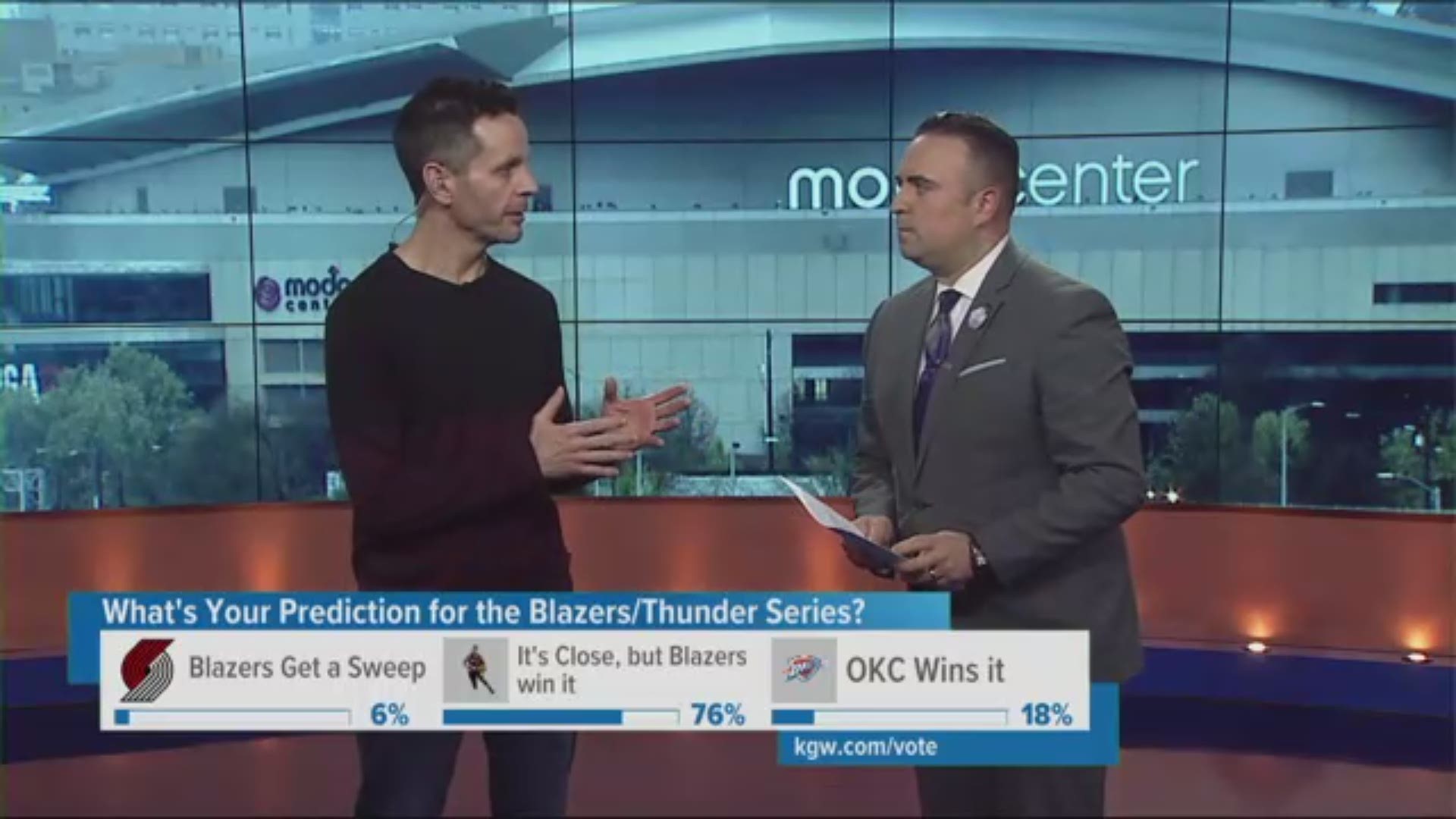 PORTLAND, Ore. — The Portland Trail Blazers are in the NBA Playoffs for the sixth consecutive season. This year, the Blazers will face the Oklahoma City Thunder in the first round of the NBA playoffs.

If you missed any of the show, you can watch the clips below.

Right out of the gates, Chad Doing vented about the Thunder, and in the process voiced how many Rip City fans feel about Portland's first round opponent.

"This is a team we all want to see go down in flames in the playoffs," Doing said.

From there, the guys took a look back at Portland's regular season. Many experts predicted the Blazers would fall off from last year's 49-win season and perhaps miss the playoffs. But once again the Blazers proved the doubters wrong, winning 53 games and securing the No. 3 seed in the Western Conference for the second straight season while also overcoming injuries to some of the team's best players.

Next, the focus was on the first round matchup against Oklahoma City. The Thunder won all four regular season meetings against Portland. So, what must the Blazers do to reverse their fortunes in the postseason? Who needs to step up? What do Damian Lillard and CJ McCollum think about the matchup? Plus, Nate Hanson and Jared Cowley from KGW's 3-on-3 Blazers podcast break down whether home-court advantage will matter this year for Portland.

RELATED: 3-on-3 Blazers | Playoff preview: How the Blazers can beat the Thunder

One of the storylines heading into the playoffs for the Blazers is their lack of recent postseason success. The team has lost 10 playoff games in a row, dating back to 2016. And this year the Blazers are without center Jusuf Nurkic, whose development this season was a major factor to the team's regular season success. So, how should Blazers fans define postseason success? John Canzano answers that question in an NBA playoffs edition of Canzano's court.

And finally, it's time for predictions. And there's some disagreement between the guys. See who they think will come out victorious in what is expected to be an intense series:

Want more analysis of the Blazers-Thunder series? Listen to this week's 3-on-3 Blazers podcast! KGW's Orlando Sanchez, Nate Hanson and Jared Cowley look at what must happen for the Blazers to win their first-round series against the Thunder, who is the key player for Portland in this series, and make their predictions for how it will all play out.