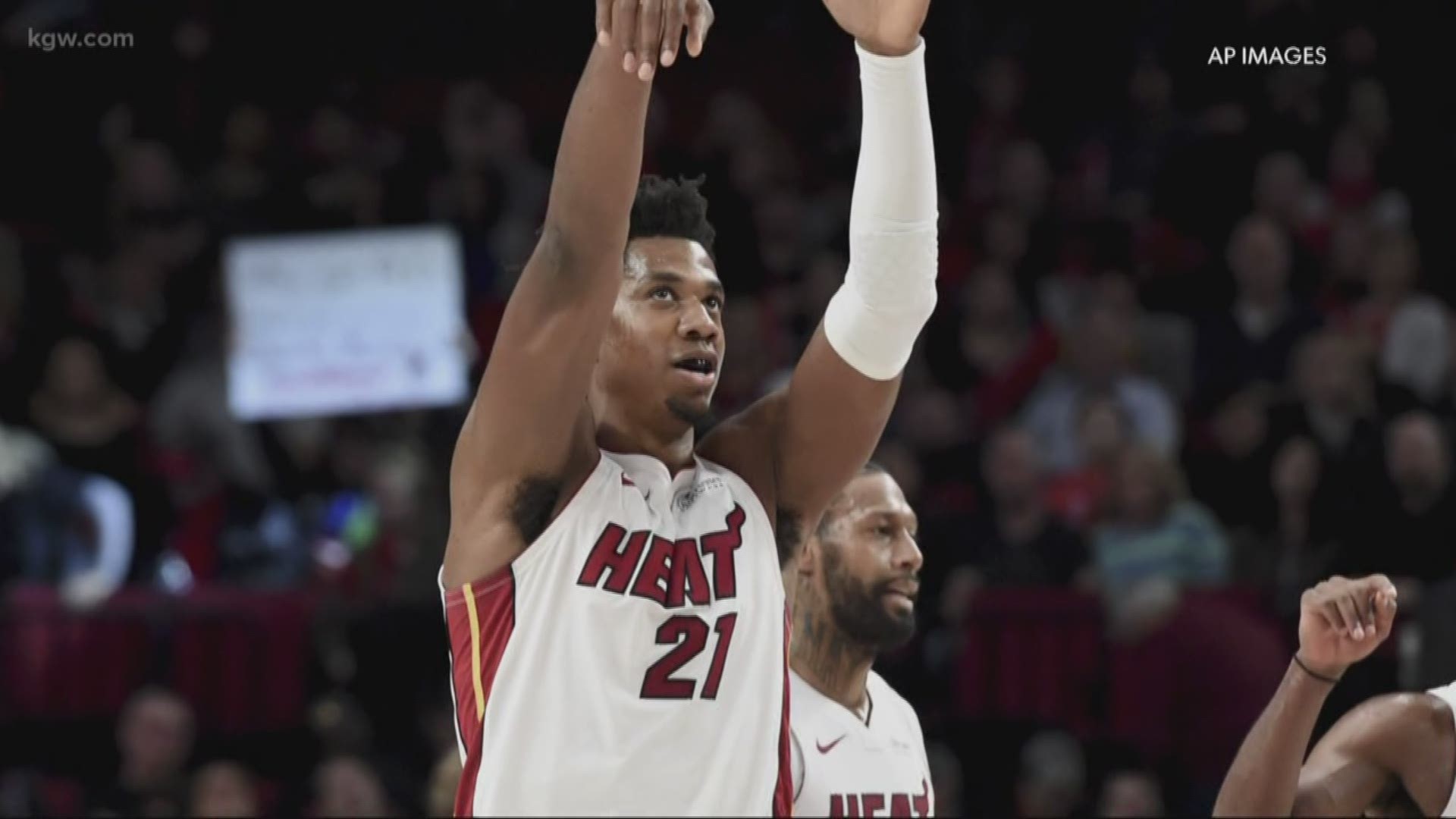 According to his SnapChat, Whiteside arrived in Portland on Sunday. He then recorded an Instagram story of himself Monday night, walking around downtown Portland with a friend, handing out Voodoo Doughnuts to people while yelling, "Go Portland! Go Blazers! Rip City!"

Reddit user derekabraham posted around 10 a.m. Monday that he saw Whiteside on Southwest 5th Avenue and West Burnside Street, "handing out Voodoo donuts to homeless people with a huge smile on his face and it was beautiful."

RELATED: Grading the Whiteside trade and other Blazers offseason moves

On the Instagram story, Whiteside also did an amusing impression of his "We got shooters!" video that went viral shortly after he was traded to Portland.