Hood suffered a left knee bruise in Game 7 on Sunday against Denver. 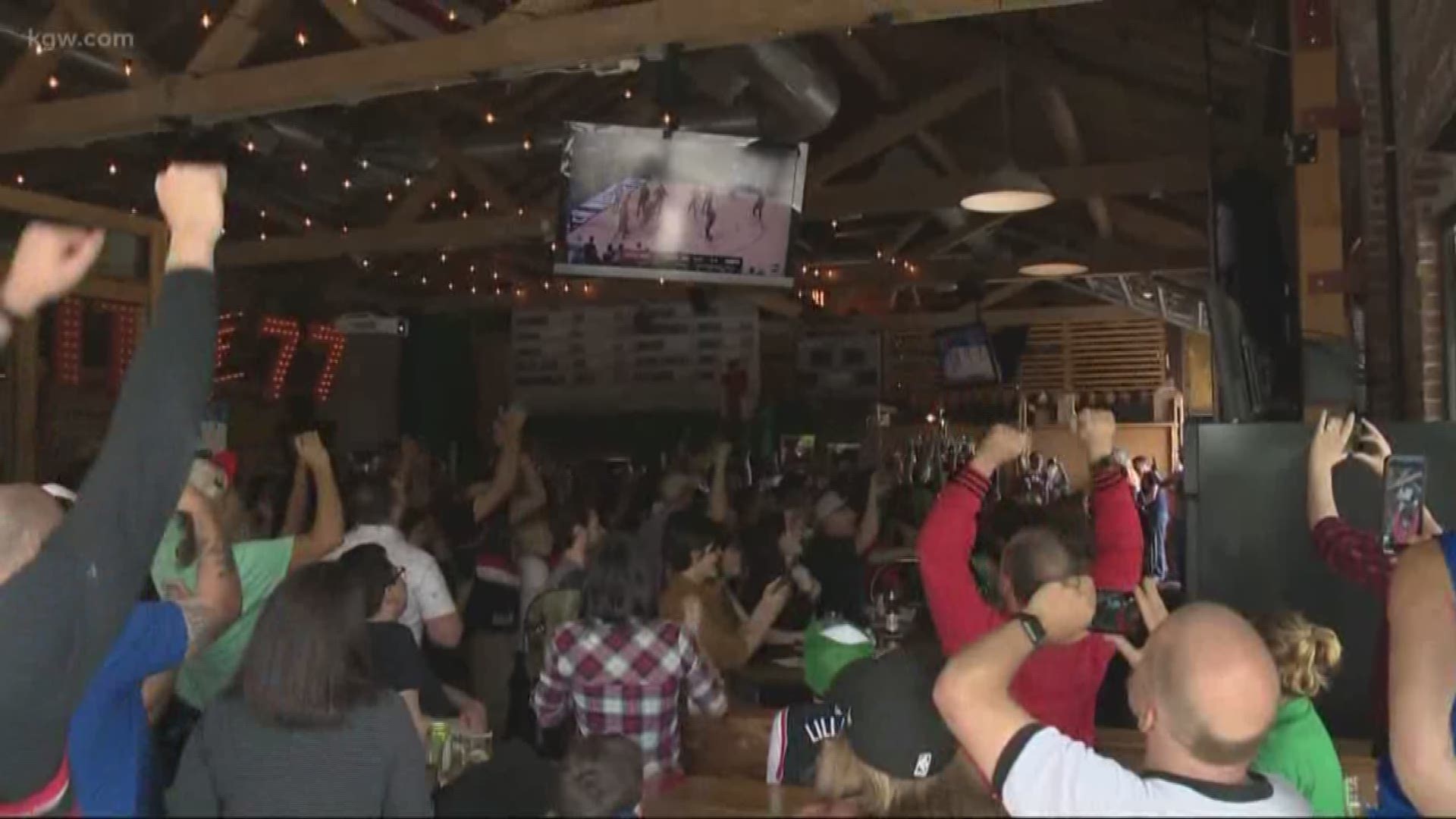 DENVER — The Trail Blazers announced Tuesday, about an hour before the start of Game 1 of the Western Conference finals, that reserve guard/forward Rodney Hood is available to play.

Hood suffered a left knee bruise in Game 7 on Sunday against Denver after colliding with Nuggets forward Torrey Craig on a screen in the third quarter. Hood stayed down on the floor, clutching at his left knee as trainers checked on him. Hood was helped into the locker room.

After the game Sunday, Hood said he was hopeful he can play in the opening game of the Western Conference Finals. He had six points in 20 minutes as the Trail Blazers beat the Nuggets 100-96 to advance.

"They checked my knee and everything was stable," Hood said. "Major relief."

In a Game 6 win at Portland, Hood had 25 points. Nuggets coach Michael Malone referred to him as the "MVP of the series."

Credit: KGW News
'A celebration unlike any other': Blazers reach Western Conference finals