Damian Lillard and CJ McCollum join a large group of star players to step away from Team USA this summer, including James Harden and Anthony Davis, among others. 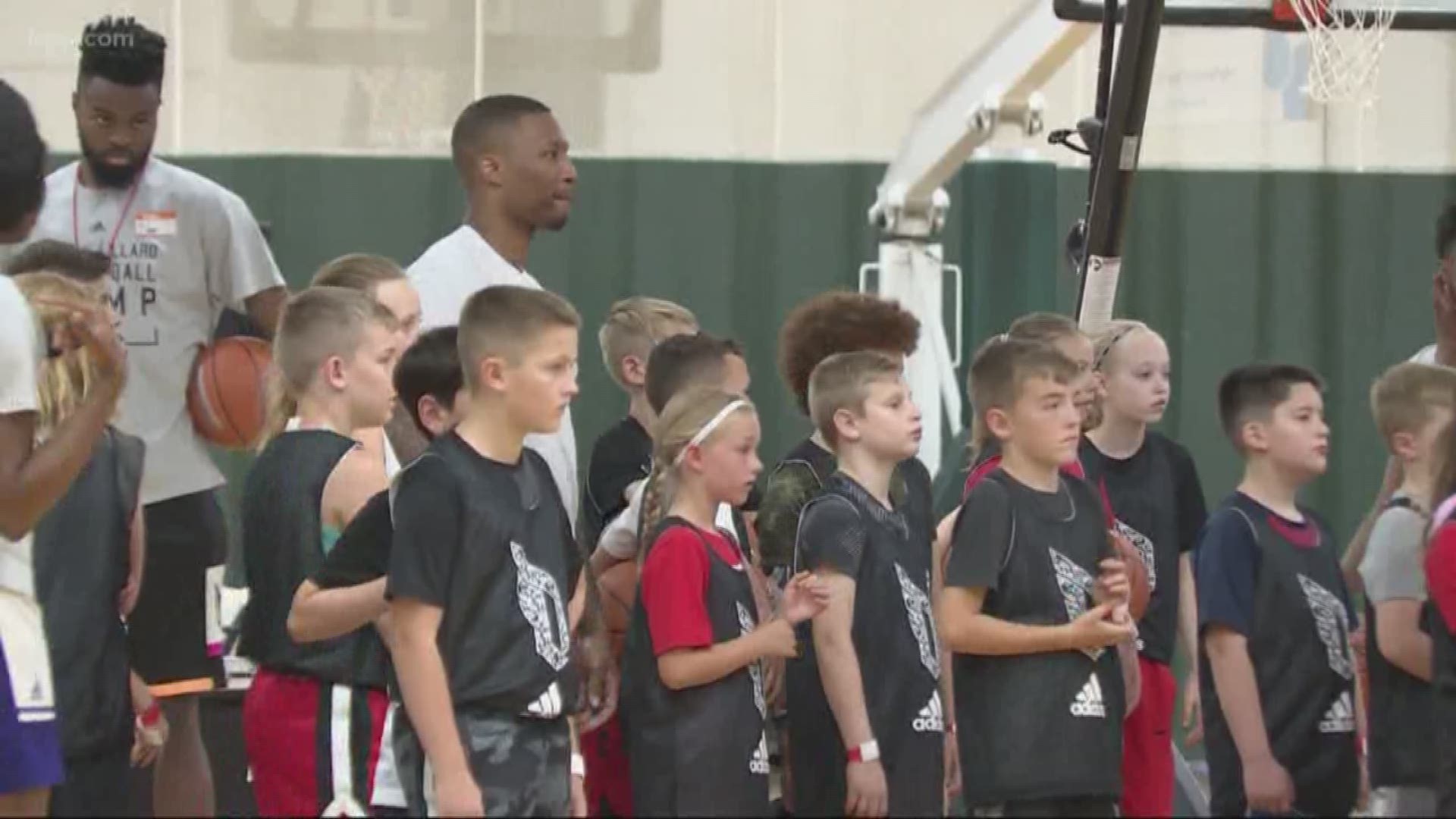 PORTLAND, Ore. — Portland Trail Blazers guard Damian Lillard has withdrawn from Team USA's training camp and a chance to compete for a gold medal at the FIBA World Cup later this summer, according to Shams Charania of The Athletic.

The news comes three days after Yahoo Sports' Chris Haynes reported that Lillard's backcourt teammate, CJ McCollum, had dropped out of Team USA's minicamp in order to focus on the upcoming season.

Lillard and McCollum join a large group of star players who have stepped away from Team USA this summer, including James Harden, Anthony Davis, Bradley Beal, Tobias Harris, DeMar DeRozan and Eric Gordon.

The training camp is scheduled to begin Aug. 5 in Las Vegas. The FIBA World Cup runs from Aug. 31-Sept. 15.

Last week, at his basketball camp in Beaverton, Lillard spoke about his busy offseason. In addition to training and conditioning, he's also been working on his music and spent a week filming for Space Jam 2.

The Blazers have turned over nearly half the roster from last season's Western Conference finals squad, and Lillard spoke last week about the challenge of integrating so many new players. He said he hoped to get the team together in early September before training camp. Competing into mid-September in the FIBA World Cup would have made that difficult.

"We always reach out to guys and try to get them into town early, early September, so we can at least start training together, get to know each other better," Lillard said. "Playing pickup, learning each other, being on the floor, being in the weight room, being around. Then when camp starts, it's not brand new."