KGW's Orlando Sanchez and Jared Cowley were at the Moda Center on Sunday to cover the game. Here's a look at what they saw. 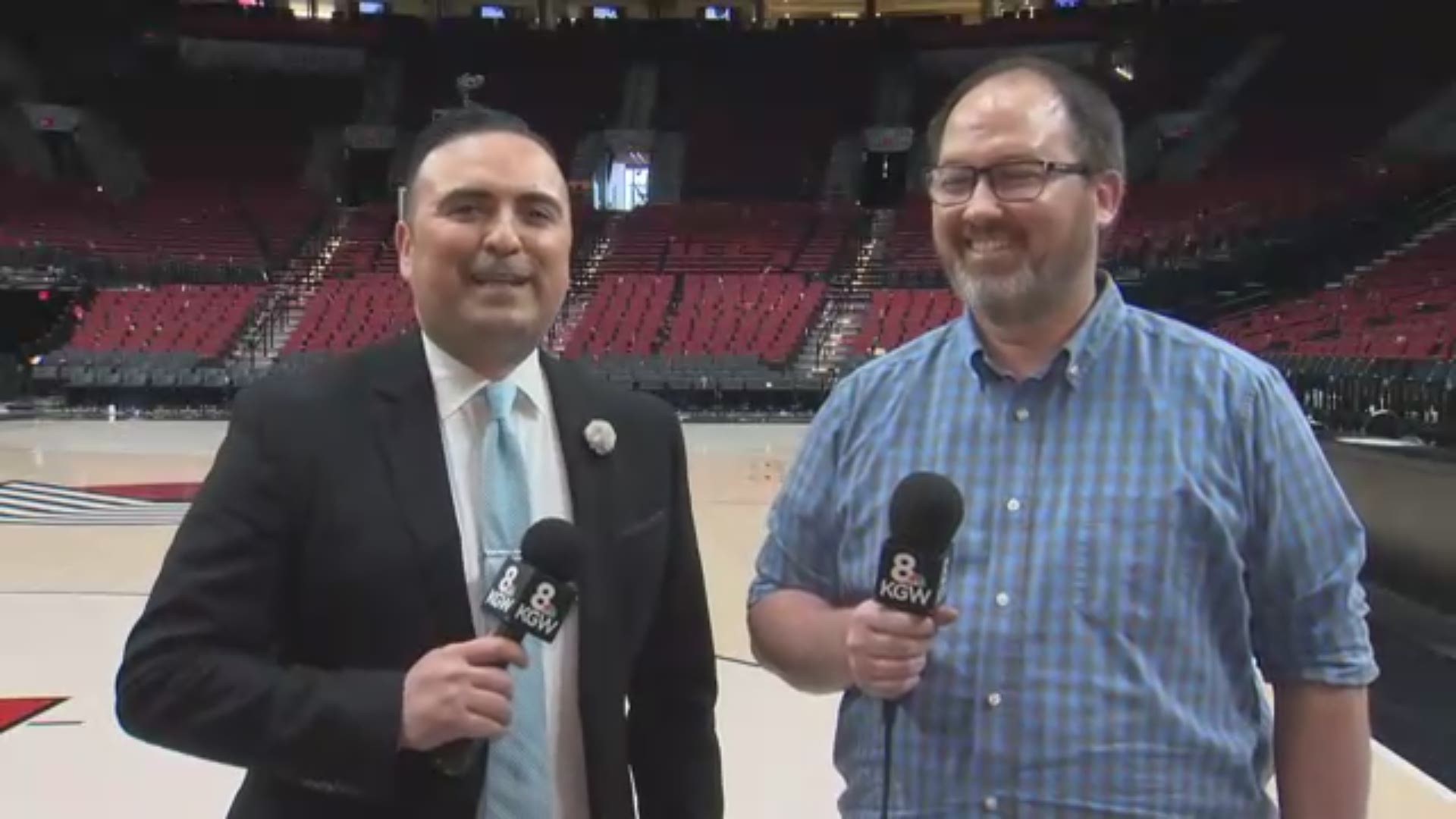 Damian Lillard led the Blazers with 30 points, and Enes Kanter had 20 points, 18 rebounds and two blocks.

Russell Westbrook had a triple-double for the Thunder with 24 points, 10 rebounds and 10 assists. Oklahoma City star forward Paul George, who is playing through shoulder soreness, scored 26 points but made only 8 of 24 shots, including 4 of 15 from the 3-point line.

The Thunder missed 28 of their 33 attempts from the 3-point line. Lillard said Oklahoma City missed a lot of open 3-pointers and the Trail Blazers need to defend the 3-point line better in Game 2.

"I don't think it was really anything we did," he said when asked what the Blazers did to limit the Thunder from the 3-point line. "I think [Paul George] shot half of them and he's the last guy we want shooting those shots. Some of the ones he got were open and he just happened to miss them tonight. ... We've got to tighten up and try not to allow that."

RELATED: What the Blazers are saying going into the playoffs

KGW's Jared Cowley and Orlando Sanchez were at the Moda Center on Sunday to cover the game. Here's a look at their reporting on social media before, during and after the game.