"The latest word in coaching circles is that the Blazers prefer to keep Stotts heading into the final year of his contract," reports The New York Times' Marc Stein. 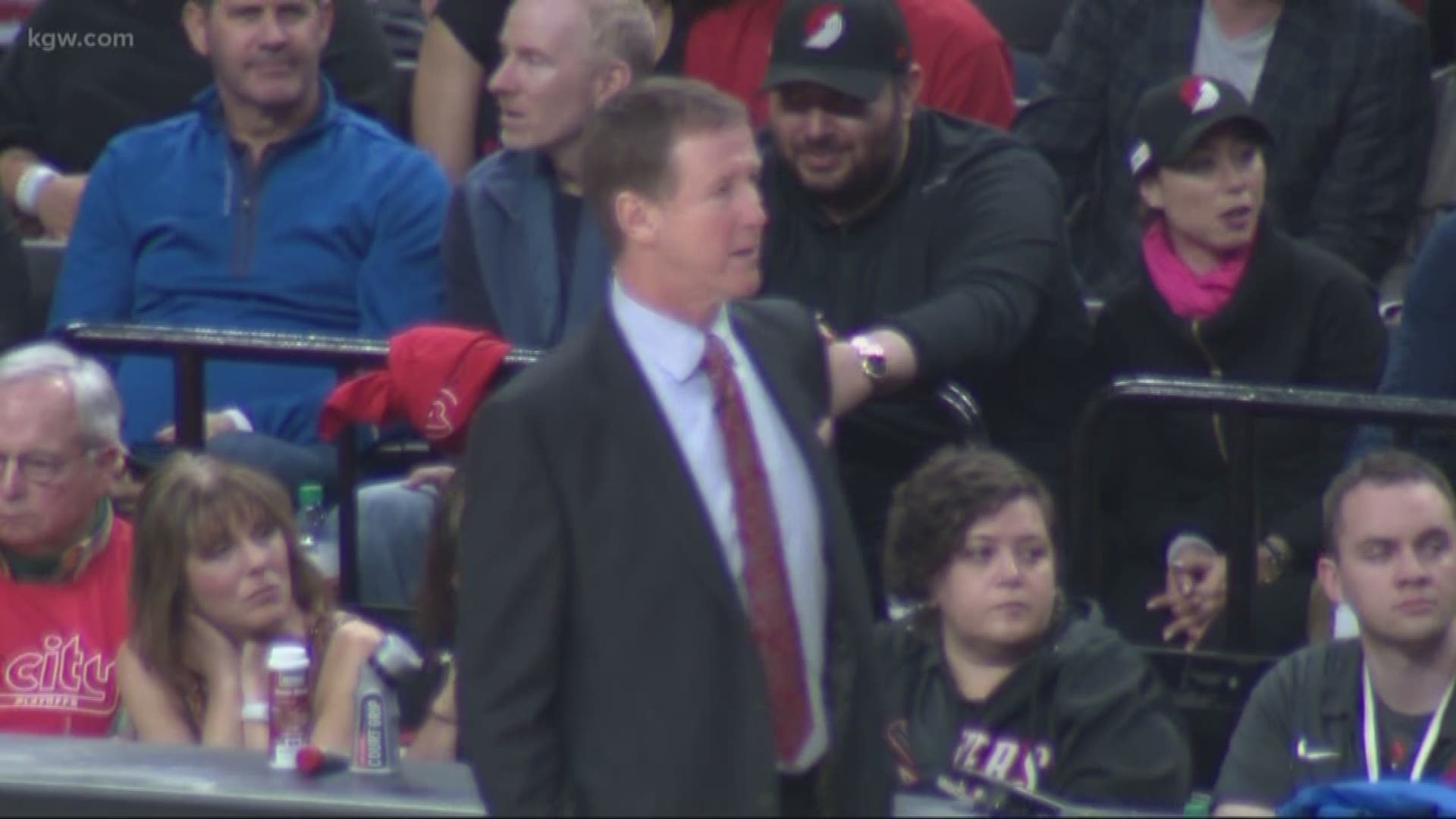 Less than two weeks ago, shortly after the third-seeded Blazers became the highest seed to get swept in a best-of-7 first-round playoff series, Marc Stein of the New York Times tweeted that Stotts' job could be in jeopardy.

The mumurs have already started In coaching circles that 10 consecutive playoffs defeats will cost Terry Stotts his job in Portland, but league sources say Orlando would register immediate interest in Stotts if he becomes available

But Stein updated that report in his most recent newsletter, and it turns out Stotts will get at least another season in Portland.

"The latest word in coaching circles is that the Blazers prefer to keep Stotts heading into the final year of his contract," Stein said.

The Blazers' star guards have both offered support for Stotts. Damian Lillard has repeatedly defended Stotts and said he has the support of the Blazers players. During exit interviews, CJ McCollum said of Stotts, "He's done a terrific job with what he's been given."

Stotts is third all-time among Blazers coaches in wins, behind Jack Ramsey and Rick Adelman. Stotts has 272 wins with Portland and could pass Adelman (291) next season.

Stein also wrote that although general manager Neil Olshey said the Blazers won't "overreact" to one bad playoff series, that decision is ultimately up to team owner Paul Allen.

"What remains to be seen is whether Olshey will be making those big calls, or if the Portland owner Paul Allen — now that Allen is no longer occupied by his Seattle Seahawks' business in the N.F.L. draft — will keep his lead basketball decision-maker in place amid considerable consternation in the Pacific Northwest about the Blazers' flawed construction," Stein wrote.

The Blazers already have $110 million in salary commitments for next season. Portland will surely add to its team salary if it uses its first-round pick this season (approximately $1.3 million) or resigns any free agents, including their own — Jusuf Nurkic, Ed Davis, Shabazz Napier and Pat Connaughton.

The Blazers salary cap is so high mostly because of the contracts Olshey handed out during the 2016 offseason. Next season, Evan Turner ($17.9 million), Maurice Harkless ($10.8 million) and Meyers Leonard ($10.6 million) will combine to make more than $39 million.

Stein said two factors could play heavily into Allen's decision on whether Olshey keeps his job: whether Olshey deserves the chance to undo the damage done by the big contracts handed out in the summer of 2016, and whether the Blazers should break up the Lillard-McCollum duo to help balance their roster.

Stein noted that Olshey has made it clear on multiple occasions that he isn't interested in trading either of the Blazers' two star guards.

"The most pressing question, then," Stein writes, "actually is: What does Allen want to do next?"

Jared Cowley is a KGW digital producer who writes about the Blazers and other topics. You can reach him on Twitter at twitter.com/jaredcowley.

LISTEN TO KGW'S 3-ON-3 BLAZERS PODCAST

Listen to the 3-on-3 Blazers Podcast each week with KGW's Orlando Sanchez, Jared Cowley and Nate Hanson. Subscribe on iTunes, Google Play, SoundCloud and Stitcher.