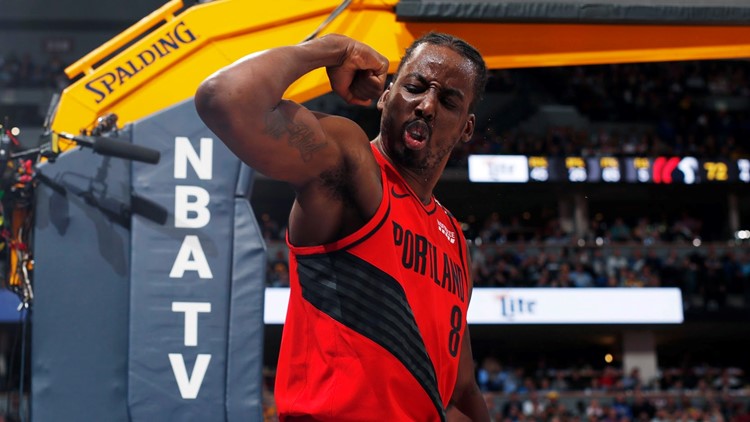 Photo by: David Zalubowski
Portland Trail Blazers forward Al-Farouq Aminu poses after scoring against the Denver Nuggets during the second half of Game 2 of an NBA basketball second-round playoff series Wednesday, May 1, 2019, in Denver. Portland won 97-90.

Aminu's contract with the Magic has a player option on the third year.

In four season with the Blazers, Aminu averaged 9.5 points and 7.1 rebounds in 28.9 minutes per game. He started 255 of the 293 games he played for Portland and was considered one of the Blazers' best defensive players.

Because the Blazers had Aminu's Bird rights, they had the right to exceed the salary cap and luxury tax to re-sign him.

Portland has four other free agents. Enes Kanter, Rodney Hood and Seth Curry are unrestricted free agents but the Blazers don't have their Bird rights, so they're limited to using the $5.7 million taxpayer midlevel exception in trying to re-sign them.

The Blazers offered Jake Layman a $1.9 million qualifying offer, making him a restricted free agent, so the Blazers will have the right to match any contract offer he signs with another team.