Redemption and a surprise guest at practice: What the Blazers are saying going into the playoffs

“I think this is an opportunity to rise to the occasion,” All-Star guard Damian Lillard said. 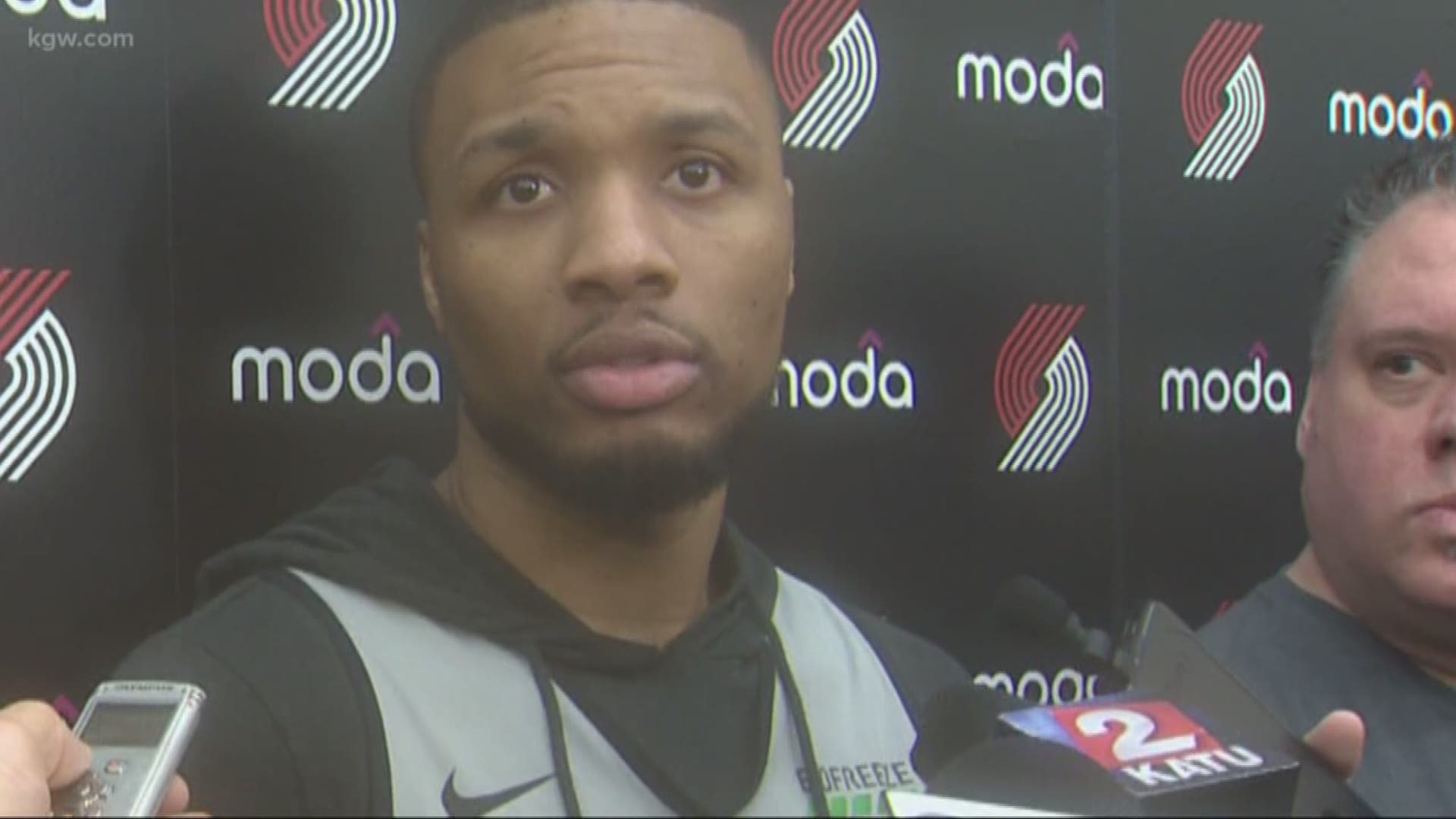 The first six losses were to powerhouse Golden State but last year’s sweep as a No. 3 seed against New Orleans sent shock waves through the Rip City fan base. But the Blazers organization stayed the course during the offseason, keeping may of the core players from last year’s team and making what appeared to be minor changes to the bench. That cohesion paid dividends as the Blazers won 53 games this season, four more than last season, and reclaimed the No. 3 seed in the Western Conference.

Still, the sting of last year’s playoff sweep has lingered in the fan base.  All-Star guard Damian Lillard said the upcoming series against Oklahoma City is a chance for redemption.

“I think this is an opportunity to rise to the occasion. Show that sometimes when you struggle, and you go through a hard time, you’ve got to come back even harder,” he said on Friday.

Despite the extra motivation to put last season’s sweep behind them, many NBA analysts are doubting the Blazers again and picking the sixth-seeded Thunder, who won all four regular season matchups against Portland, to advance to the Western Conference semifinals.

Lillard said being doubted is nothing new to the team. After all, Lillard noted, at the beginning of the season many didn’t expect Portland to make the playoffs in the hyper-competitive Western Conference.

“They didn’t even pick us to be a playoff team, period,” Lillard said when asked about Blazers critics. “So, we didn’t value their opinion when they chose that, and we don’t value it now.”

Since Portland’s final regular season loss to Oklahoma City on March 7, the Blazers finished the season winning 14 of their final 17 games. That success came despite injuries to two of Portland’s best players, guard CJ McCollum and center Jusuf Nurkic.

McCollum played in two of the team's last three regular season games and said he won’t have a minutes restriction for Game 1.

But Nurkic will be out for entirety of the playoffs. Still, the Bosnian Beast made his presence felt Saturday by making a surprise appearance while the team was analyzing film on the Thunder.

“He told coach he figured he might need a little help,” forward Maurice Harkless laughingly said.

Harkless said Nurkic is known for keeping the mood light. He also said Nurkic’s “spirit seems to be moving in the right direction which is important.”

Head coach Terry Stotts said it was good to have Nurkic bring a lighthearted moment ahead of what is expected to be an intense series.

“For him to show up here, I think it meant a lot to everybody,” Stotts said.

With Nurkic unable to play, the Blazers will continue to look to Enes Kanter to fill the void. Kanter, who played for Oklahoma City from 2014 to 2017, has averaged 18.1 points and 11.4 rebounds per game in his eight starts since replacing Nurkic. Kanter signed with the Blazers in February after being waived by the last place New York Knicks. He said he recognizes the opportunity that’s in front him.

In addition to Kanter, the Blazers will be looking to role players to step up and knock down big shots. Guard Rodney Hood, who was acquired via trade in February, said the bench is up for the challenge.

“Come in and try to change the game,” Hood said of bench’s role in the series.  “I think we’ve got one of the best benches in the league.”

“Every single game is going to be a different person stepping up. That’s the beauty about our team and I look forward to that challenge,” he said.

Oklahoma City won all four regular season matchups against the Blazers, but every game was decided by nine points or less. Game 1 against Oklahoma City is scheduled to tip off at the Moda Center at 12:30 p.m. Sunday. The game will be televised on ABC.

Want more analysis of the Blazers-Thunder series? Listen to this week's 3-on-3 Blazers podcast! KGW's Orlando Sanchez, Nate Hanson and Jared Cowley look at what must happen for the Blazers to win their first-round series against the Thunder, who is the key player for Portland in this series, and make their predictions for how it will all play out.