In a statement released after Haynes' report, McGowan confirmed that he has resigned from the team. "After careful consideration over the summer, I have decided to resign from my position as President and CEO of the Portland Trail Blazers Organization effective November 26, 2021," McGowan said in the statement.

Jason Quick of The Athletic reported that McGowan was in the final year of his contract, which was set to expire in June 2022.

Hankins has been with the Trail Blazers for nine seasons. He spent the past two seasons as the chief commercial officer and executive vice president for the team.

"Since joining the Trail Blazers in 2013, Dewayne has been crucial to our success and growth," team owner Jody Allen said in a statement. "Now in his ninth season with us, we're thrilled to have him lead the organization."

McGowan has been the president and CEO of the Blazers since October 2012. He was named Business Executive of the Year in 2017 by the Portland Business Journal.

"We are grateful for Chris's contributions since joining the Trail Blazers nearly a decade ago," Allen said in a statement. "I appreciate his dedication to the organization and to our fans, and we wish him well in his next chapter."

Neil Olshey, the general manager and president of basketball operations for the Portland Trail Blazers, is currently being investigated for potential workplace misconduct. The team enlisted law firm O'Melveny & Meyer to conduct an independent review. As of Friday morning, the team had not reported any information about the investigation or its findings.

John Canzano, host of the Bald-Faced Truth and columnist for the Oregonian, reported Friday morning that a source with the Blazers told him the investigation into Olshey is "nowhere near" completed and that no other major announcements are expected Friday.

Here's the full statement from McGowan:

After careful consideration over the summer, I have decided to resign from my position as President and CEO of the Portland Trail Blazers Organization effective November 26, 2021. I want to thank Paul Allen, Jody Allen and Bert Kolde for giving me the opportunity to lead this great organization over the past nine years. In addition, I want to thank our amazing staff for their tireless dedication to creating extraordinary moments at the Moda Center and in the community, and especially thank our players who represent everything that is good about Portland. The Organization is in great hands with Dewayne Hankins as President of Business Operations. It has been a pleasure serving our passionate fans and team partners, and I wish nothing but continued success for everyone in Rip City. Go Blazers!

RELATED: NBA power rankings: Olshey investigation 'just another storyline to add to the drama' in Portland 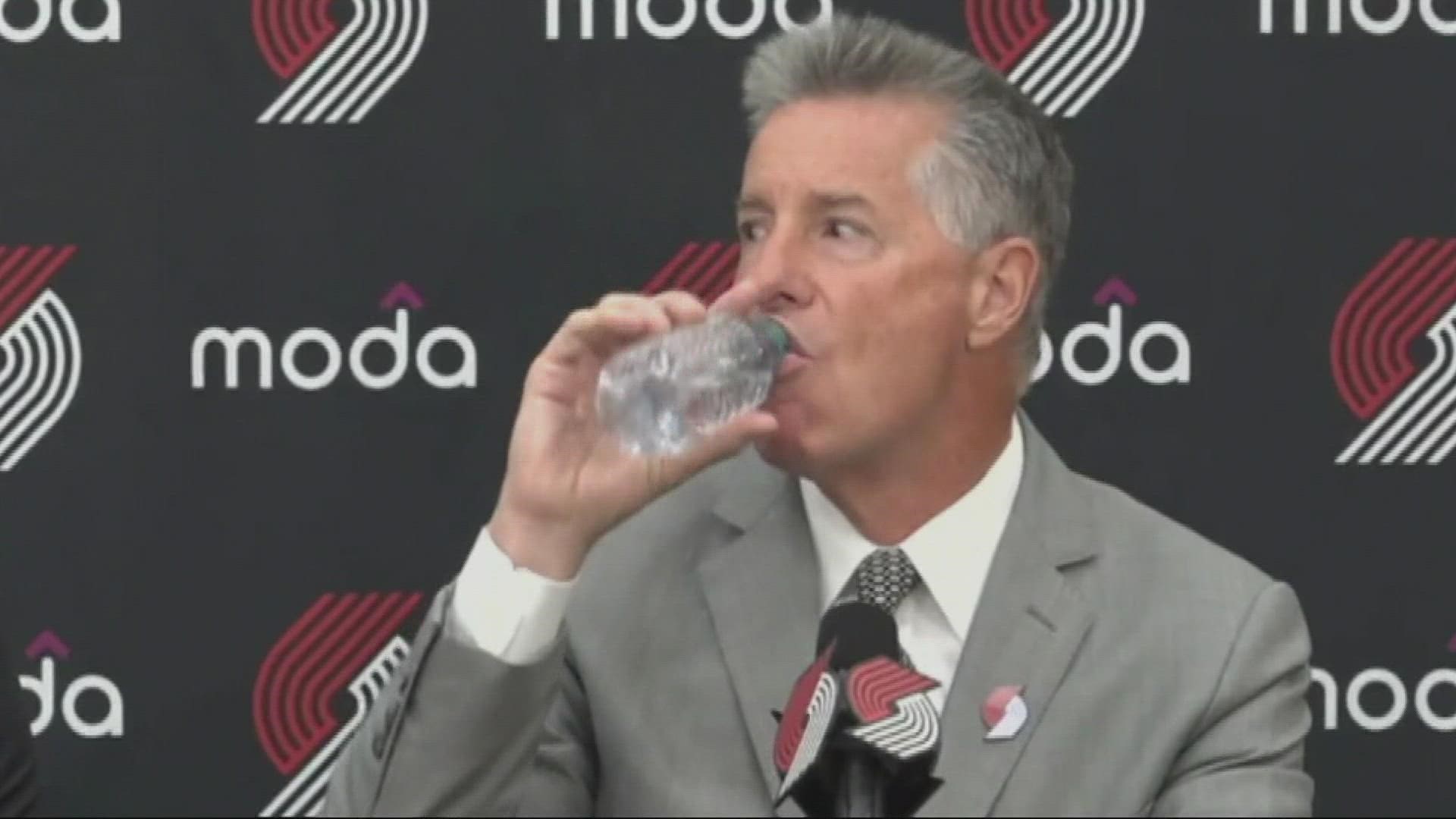 Neil Olshey is out and Blazers fans are thrilled