Las Vegas projects the Blazers to finish in 10th place in the ultra-competitive Western Conference. 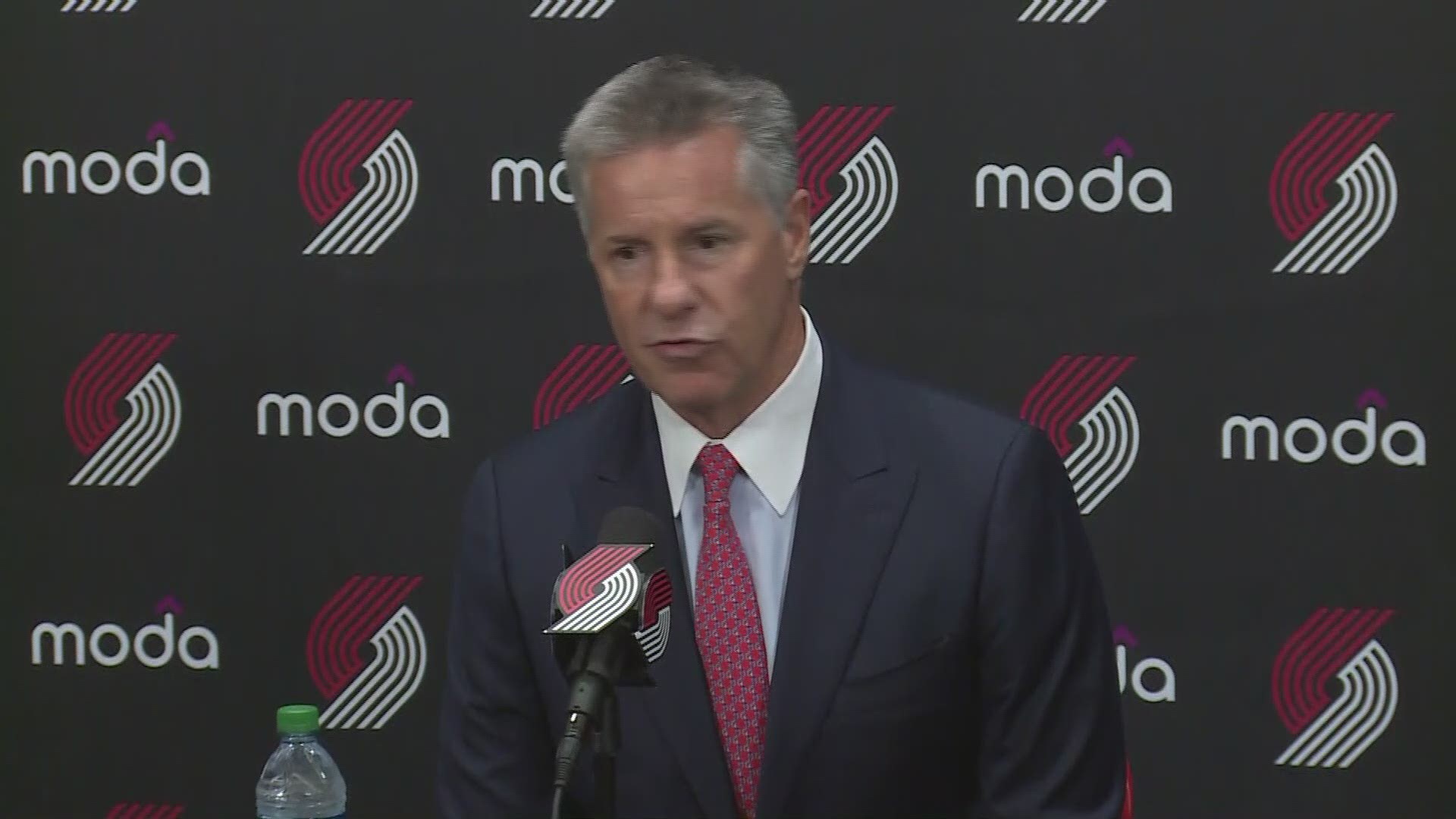 PORTLAND, Ore. — The Westgate Las Vegas SuperBook released its over/unders for the NBA on Sunday and set the Trail Blazers' win total at 41.5 wins.

That puts the Blazers outside the playoffs, in 10th place in the Western Conference, according to the SuperBook predictions.

On Friday, ESPN's Kevin Pelton set the Blazers' win projection at 42.5 wins, which ranked eighth in the West under his projection model.

The defending champion Golden State Warriors are projected to win the most games in the NBA next season with 62.5 victories. The second-highest number of projected wins belongs to the Boston Celticsw, with 57.5.

Portland won 49 games last season (despite Las Vegas projecting just 42.5 wins prior to the season) and was the third playoff seed in the West but was swept in the first round against the New Orleans Pelicans.

The Blazers open their five-game preseason schedule on Sept. 29 against the Toronto Raptors in Vancouver, B.C. The regular-season schedule has yet to be released.