NBA 2K League tips off from home for Blazer5 Gaming

Blazer5 Gaming is back for its third season in the NBA 2K League. 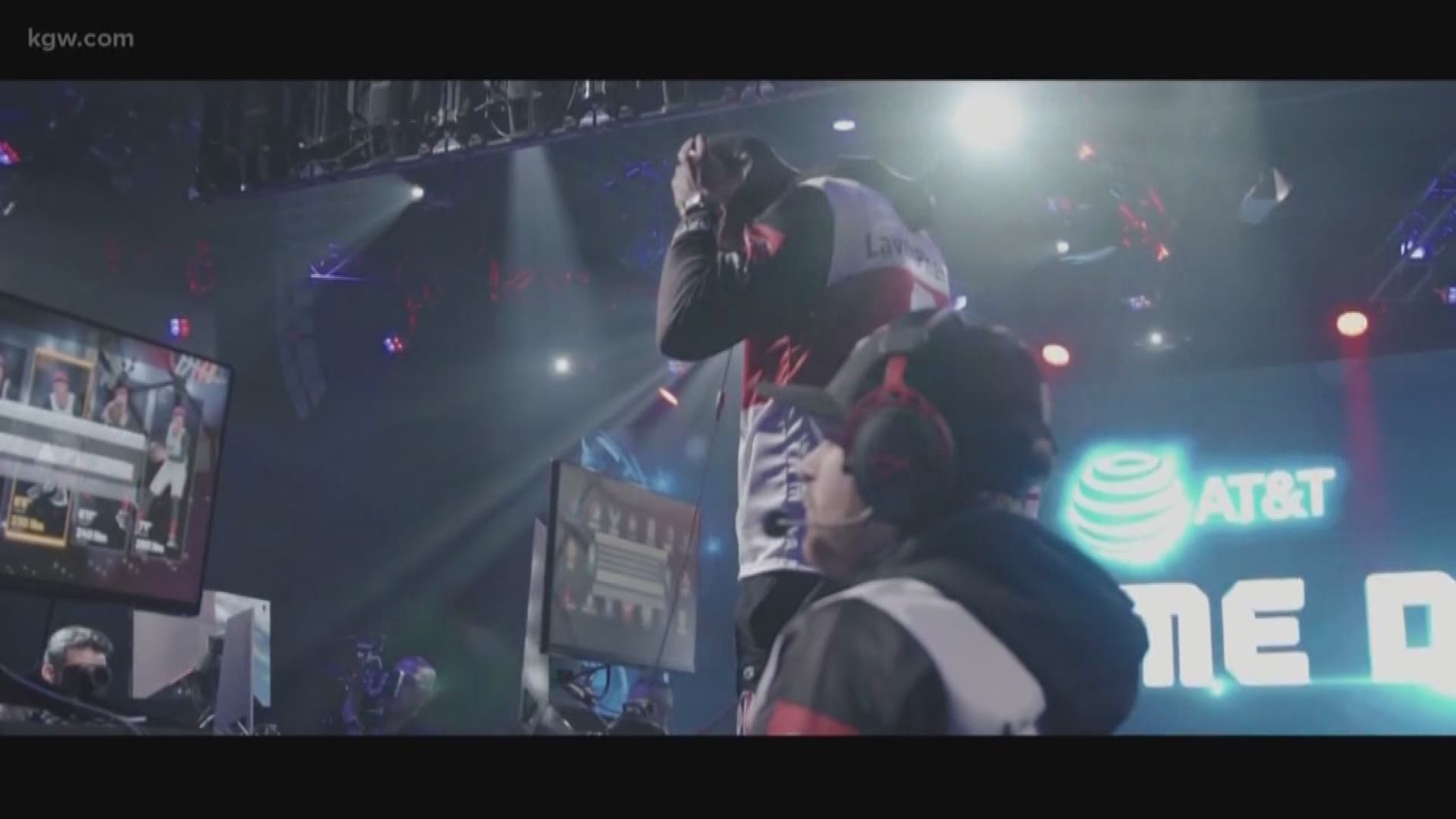 PORTLAND, Ore. — Esports has a shot to capture a larger audience with the sports world.

Blazer5 Gaming is back for its third season in the NBA 2K League. The five-man roster is stacked with talent from across the country, including MVP Nidal Nasser, a.k.a Mama I'm Dat Man.

"We're kind of like a big name team in the league because we've been so dominant the last two seasons. Whenever we come in, you get that energy like Blazer5 is playing today," said Nidal. "We've got two of the only MVPs in the league on our team. It's excitement, the adrenaline starts pumping, everyone is ready to go. They know we talk trash."

Their season opener is May 12 against Pacers Gaming, but this year will be different in many ways because of the coronavirus pandemic. They moved all of their equipment from their practice facility to their apartments in Portland.

"At the end of the day, it's not the same energy you get when you're all together, so it's a little bit different," said Nidal.

"Another big thing is we can't travel to New York every week to play on stage and get that feeling of screaming at our opponent, intimidating them and stuff like that," he said. "You got to take the pros with the cons because we're dealing with something really tough right now."

Games will be simulcast live on the NBA 2K League Twitch and YouTube channels.  It's a chance for Blazer5 gaming to entertain and be an escape for its viewers.

"It's what makes you want to do it is the entertainment for the fans. Having everybody watch you and be like, wow they're really that good and entertaining. It's the whole package. At the end of the day, it's fun. It's somewhere to get away from everything that's going on right now," Nidal said.

RELATED: When could Rip City see the Blazers and NBA basketball again?

LISTEN: When will the NBA start up again?