Golliver got his start covering the NBA as a writer for the popular blog Blazers Edge. 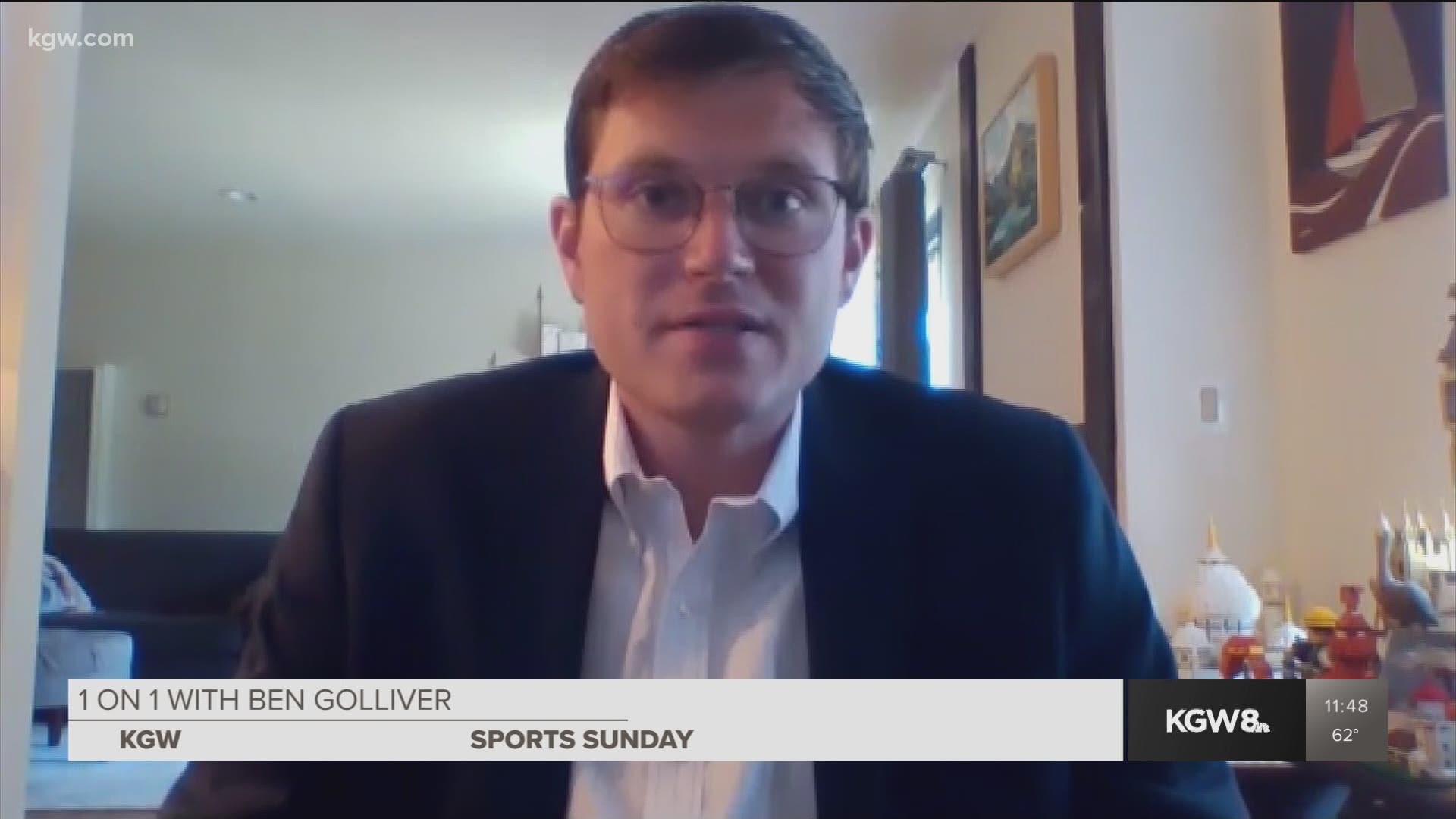 PORTLAND, Ore. — The NBA is planning to resume play on July 30 and it's going to be much different than any season of the past, so we caught up with National NBA writer for the Washington Post, Ben Golliver.

"I was born and raised in Beaverton, Oregon," Golliver said. "I went to Beaverton High School. Very proud Beaverton Beaver."

He's got a major 'I told you so' moment in Rip City history.

"As soon as they won the Draft Lottery in 2007 and the rights to the No. 1 pick, I had a Blogspot website called, draftkevindurant.blogspot.com," said Golliver. "I devoted about two months of my life trying to convince [then Blazers GM] Kevin Pritchard to take Kevin Durant. It failed miserably. They took Greg Oden, but that's OK. I was able to go from that little independent website to Blazers Edge, the awesome Blazers blog and I wrote there for years and years."

Now at the Washington Post, Golliver is applying to be one of only 10 media members allowed inside the NBA bubble at the Walt Disney World Resort near Orlando, Florida.

"I'm mostly comfortable with the way they've designed this bubble," Golliver said. "It does seem like it's going to be pretty safe, not perfect, no plan is perfect, but to me it seems like it's worth a shot. The reporter in me kind of wants to be where the action is and certainly, I think for basketball fans, if you're looking ahead to next season and they still might not be able to have fans in arenas, they might not be playing games in 30 different markets. They might just choose to have a bubble scenario again. To me this is the biggest action-packed moment we might get here for the next 18 months."

There is one question we get more than others at KGW, and that is, will the NBA season going to happen?  Are they actually going to play?

"I think they've got a real good shot at it," Golliver said. "Look, they've had multiple chances over the last couple of weeks to turn back. I think everybody realizes the coronavirus case counts are spiking in Florida right now, which is raising alarms, but Adam Silver and the players union have both said we're going forward with this plan."

In a release from the NBA last week, 25 out of 351 players tested positive for COVID-19 since testing began June 23.

"I think they have a chance to get games started on July 30," Golliver said. "Now, can they finish this whole thing and crown a champion in mid-October? That's a totally different question."

Another question we seem to get a lot of at KGW is why would the NBA try to come back?

"I think the NBA felt real pressure to stay relevant, keep this momentum going," Golliver said. "I think that's a major motivating factor and let's put a number on it too. Ultimately, if they didn't come back for this restart, they're losing more than a billion dollars in TV revenue and other related revenue. It's a major hit to a league that makes about $8-9 billion per year and that would carry over into next season, potentially influence player contracts, how much money they would be able to make. So both sides, the league and the players, had a real urgency to try and strike a deal."

The schedules are out for all 22 teams in Orlando. Before the pandemic hit, the Portland Trail Blazers had a favorable schedule to close out the season. Now they have one of the toughest schedules. ESPN.com simulations gives the New Orleans Pelicans the best chance at catching Memphis for the final playoff spot in the west.

"First of all, there's no need for conspiracy theories," Golliver said. "I know we love to play the world is against us in Portland card, for sure. I don't think that really applies here. First of all, they're only taking 22 teams, not all 30. So the eight worst teams are just out of the picture for everybody, that means just about every game played down there is a pretty tough game. In terms of New Orleans, they had a really tough schedule early in the year. They lost a whole bunch of games because Zion was injured, so they were already starting to make a bit of a push."

The Blazers are guaranteed eight games in the bubble. If the ninth-place team finishes within four games of the eighth-place team in the standings, there will be a tournament between those two teams to determine which one advances to the playoffs.

"There's a great chance that either New Orleans or Portland can kind of force Memphis into that situation," Golliver said. "It's one thing to watch, it's one of the biggest story lines.  Frankly, for this entire restart, is which team can make that push and Portland is going to be right in the mix."