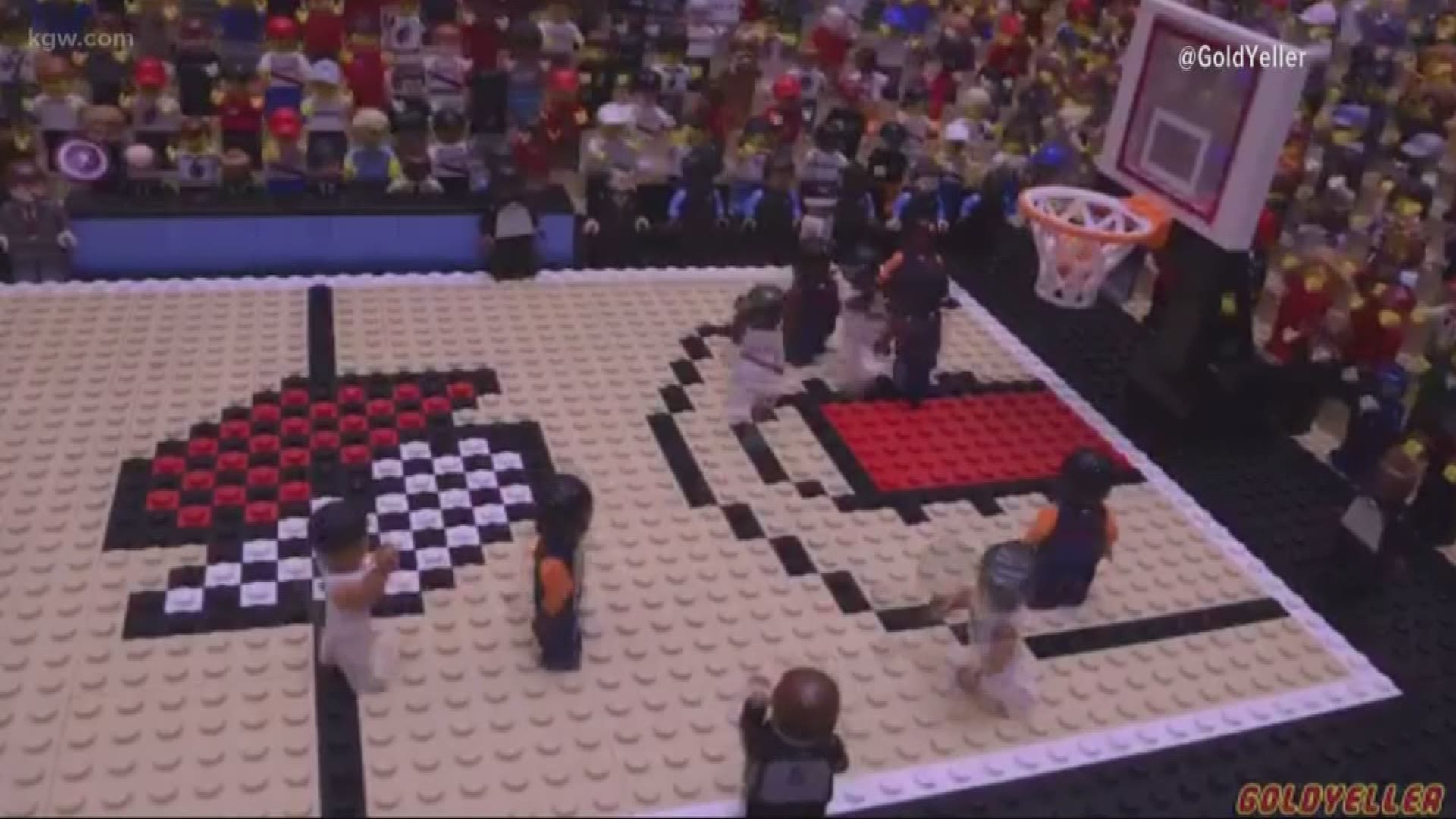 PORTLAND, Ore. — Blazers fans are still buzzing about Damian “Logo” Lillard and his 37-foot dagger against the Oklahoma City Thunder.

Then Rip City got a load of "Lego Lillard."

“He made that shot and instantly I was like, I have to recreate that!” said Jacobs, a self-taught, stop motion animator based in Boise, Idaho.

“I get to do what I love, and I have all the Legos that I could ever want,” Jacobs said.

Jacobs, a husband and father of three, worked in marketing until a couple of years ago. That’s when demand led him to make his Lego job full time. Since then he's created Lego videos for NASCAR and the Golf Channel just to name a couple.

“Some of the opportunities that have come just from playing with Legos, it's like I have to pinch myself,” Jacobs said.

It took Jacobs 40 hours to create his Damian Lillard video. He shoots eight frames per second, each one full of detail. His video includes such moments as when Seth Curry turned to face the Thunder’s bench, and when Lillard waved goodbye.

“Those little details are what matter the most,” Jacobs said. “I think that's what sets me apart and makes it so that I can do this for a living.”

Along with the video, Jacobs posted on Twitter saying, "This was the moment when Dame Lillard officially got me on the Trailblazers bandwagon. I had to immortalize it in Lego."

“I've always been a fan of Damien Lillard,” said Jacobs. “I've always thought he was under-appreciated in the NBA.”

RELATED: Students learn 'RESPECT' from Lillard, Trail Blazers on and off the court