The photo has been shared thousands of times on Twitter. 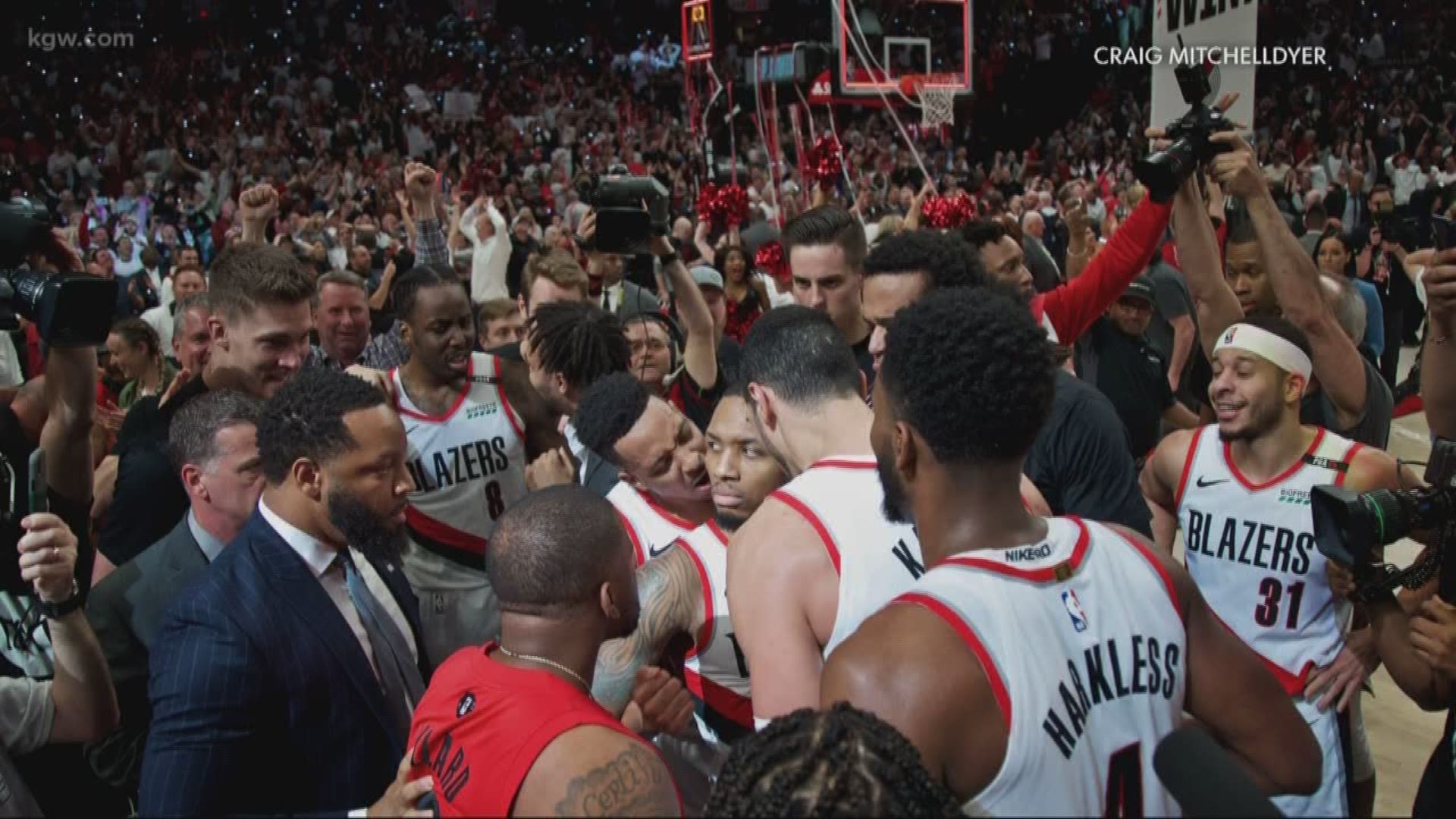 PORTLAND, Ore. — Anyone can take a picture.

At Tuesday night’s Blazers game against the Oklahoma City Thunder, Mitchelldyer captured a moment fans can't get enough of. Some have even compared it to a renaissance painting.

“I think what makes a good photo is emotion,” said the Portland-based Mitchelldyer, who shoots blazers games for the Associated Press and USA Today.

As the game clock ran down, Tuesday night, Mitchelldyer stared down the lens at pure emotion, as Blazers point guard Damian Lillard unleashed his game and series-winning three-pointer.

“Everybody knew Dame was going to take that shot,” said Mitchelldyer.

After snapping a photo of Lillard waving good-bye to the Thunder, Mitchelldyer kicked into high gear to capture the chaos and bliss.

“I just picked up my stuff and tried to make a picture,” he said.

Then it happened. Mitchelldyer, squeezed in through the crowd and captured a now-viral photo of a stone-faced Lillard, surrounded by his teammates and fans, bathed in bright light.

“The spotlight's on him-- I got lucky,” said Mitchelldyer. “I mean, Dame's face never changed. Everyone's freaking out and he's stone cold the whole time and it's just fantastic.”

The photo has been shared thousands of times on Twitter.

Someone  even described it as an "unreal, unparalleled piece of sports art that belongs in a museum.”

“Is worth a thousand words? I hope so!” Mitchelldyer said.

Perhaps a thousand emotions in a single moment, defining an unforgettable night. For Mitchelldyer, that’s all he could hope for. 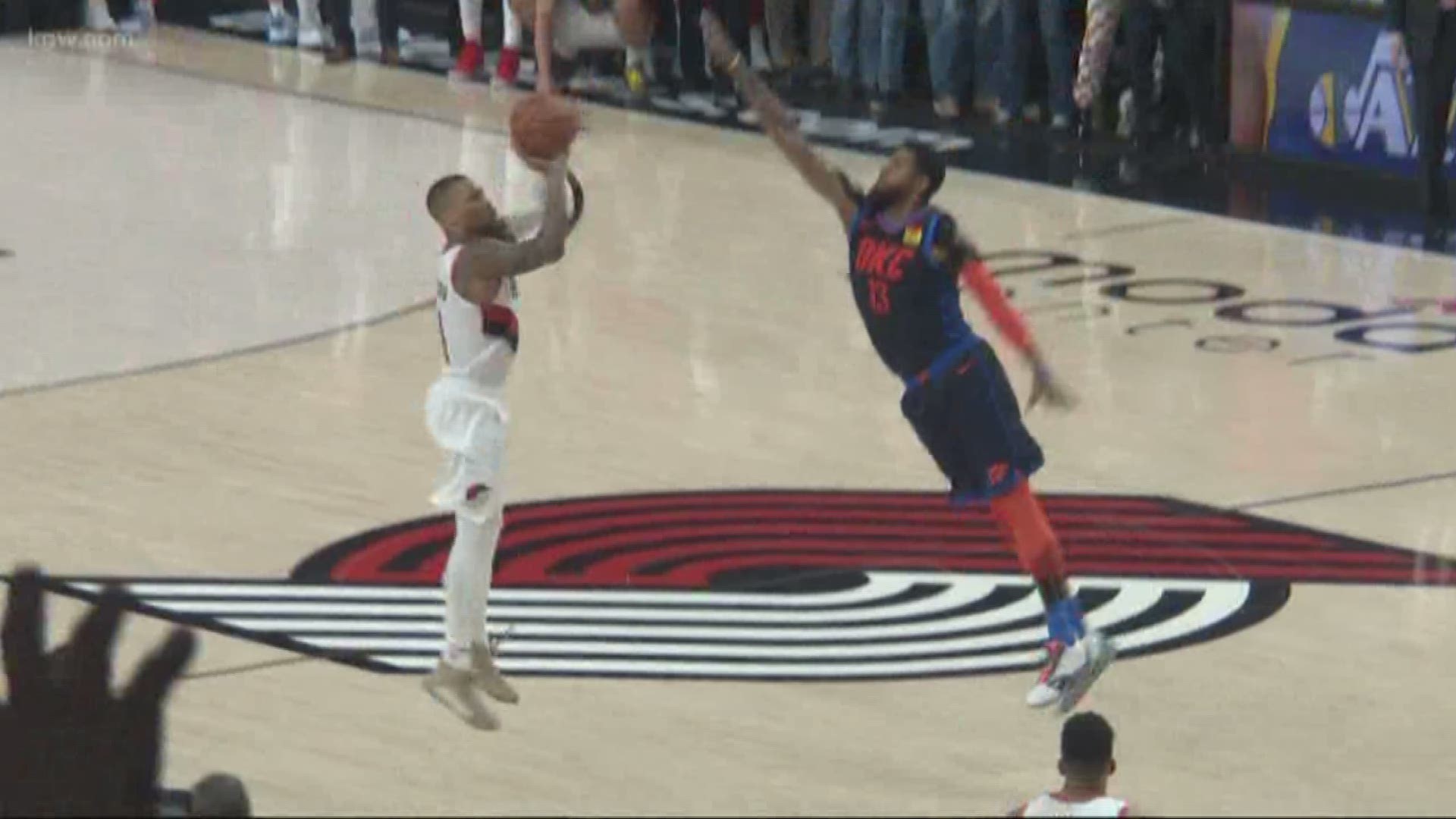 LISTEN: 3-on-3 Blazers: Logo Lillard and the Blazers advance