How Carmelo Anthony could learn from Dwight Howard

Anthony will need to accept a role, get buckets at the four in the system and defend well enough to stay on the court. Do that and Anthony can help the Blazers. 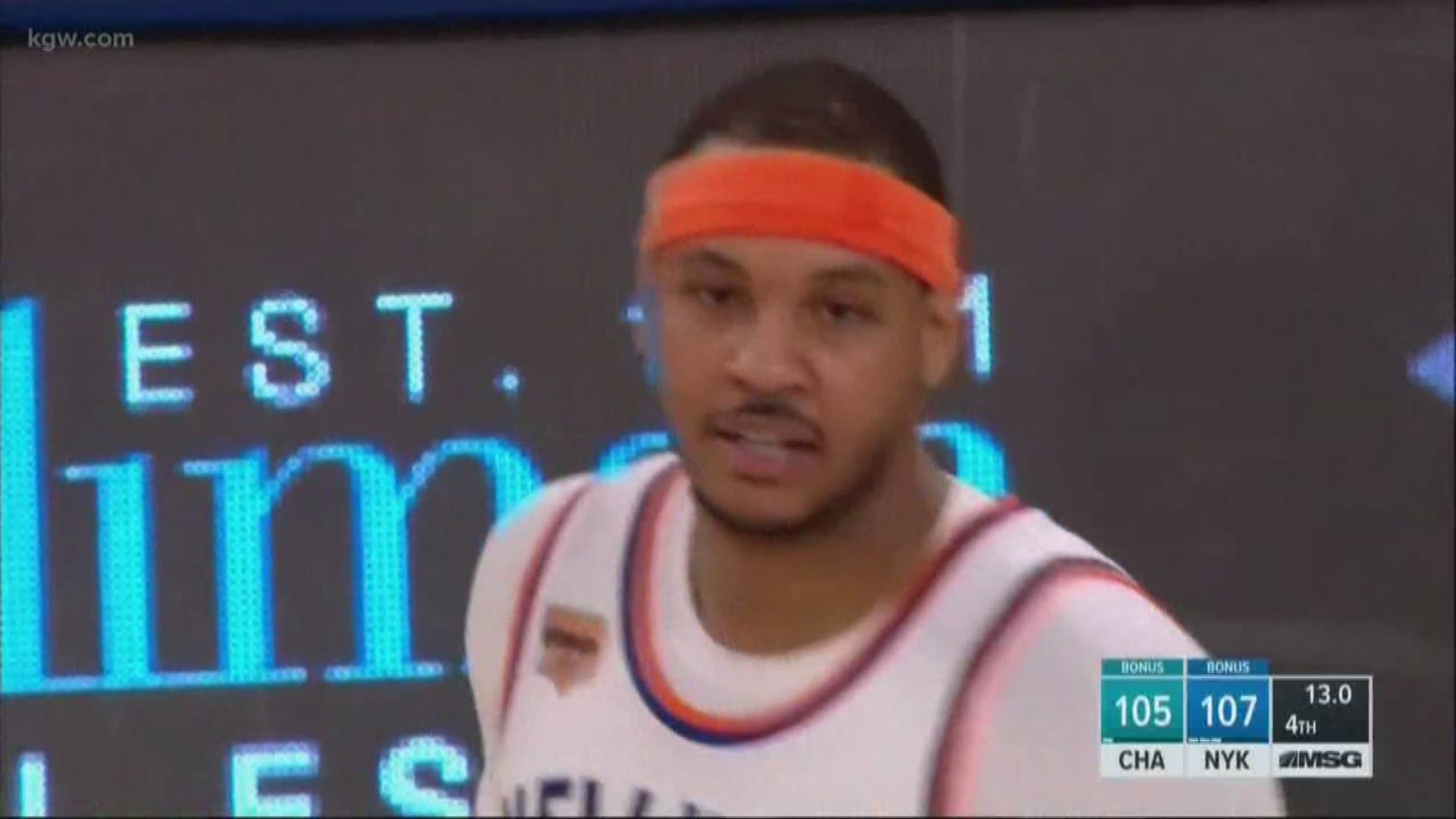 PORTLAND, Ore. — He got one last opportunity. It came in an unexpected place, but that didn't matter because this was it — things work out here or his NBA career ends now.

Be in shape. Accept your role and know this is not your team. Play hard nightly. Defend with energy. Don't be a diva and demand touches how and where you want them. And don't pout or be a distraction if things don't go exactly how you want them to.

That was Dwight Howard's situation entering this season — and he's done all those things and given the Lakers the inside presence they need. Howard's raw numbers are not eye-popping, 7.4 points and 7.6 rebounds per night, but he's been the team's best center (allowing Anthony Davis time at his preferred power forward slot). Howard has been a vital part of the Lakers' 10-2 start.

Now Carmelo Anthony has his last chance — the Portland Trail Blazers will sign Anthony to a non-guaranteed contract and ask him to fill a role and help their ailing frontcourt.

The particulars are different from Howard, but the theme is the same.

This is it for Anthony. He "2,000%" wanted another shot in the NBA, to go out on his terms. Well, he's got it on a team that could really use what he brings. However, it's not his team (it's Damian Lillard’s) and Anthony will need to accept a role, get buckets at the four in the system and defend well enough to stay on the court.

Do that and Anthony can help this team.

Portland's 4-8 start made it the perfect team to take a chance on Anthony. This is a smart signing by Portland (a low-risk one because of the non-guaranteed contract).

The Blazers have an elite backcourt. Damian Lillard is playing like an MVP and averaging 29.8 points per game — he's carrying the offense so far. CJ McCollum struggled out of the gate, but Portland isn't really worried about him getting back on track, this is just a little slump. In the Blazers' 121-116 win against the Spurs on Saturday, McCollum had one of his better games of the season, finishing with 32 points, seven assists and six rebounds while shooting 13 for 25 from the field and 6 for 11 from 3.

The power forward position, however, has been a disaster, mostly due to injuries. Portland hoped Zach Collins would thrive in a new starting role, but he's out four months following shoulder surgery. Pau Gasol could potentially help but he has yet to step on the court and is battling a foot issue.

That has left Anthony Tolliver, Mario Hezonja and now 19-year-old rookie Nassir Little getting significant minutes at the position. Little has provided energy and defense the past couple games, but overall, the Blazers have lacked production at power forward. Tolliver, Hezonja and Little are combining for 12.2 points and 12.0 rebounds in 54 minutes per game, while shooting 29.8% from the field and 26.4% from the 3-point line.

The Blazers rank No. 2 in the volume of offensive isolation plays this season, so Anthony might even get some old-school isolation touches on the wing. Anthony in the past has shown he can be a catch-and-shoot guy who can space the floor and hit threes. He hit 37.3% on catch-and-shoot threes with the Thunder during the 2017-18 season and 42.3% with the Knicks the season before. Portland desperately needs that. They need a guy who can score, who can take the shot or move the ball.

Anthony can do all those things. He can help turn Portland's season around.

He just has to grab his chance and take it.