Damian Lillard says trade report 'not true,' but he's made no 'firm decision' on future with Blazers

Lillard addressed a report about his future with the Blazers after Team USA’s practice on Friday afternoon. 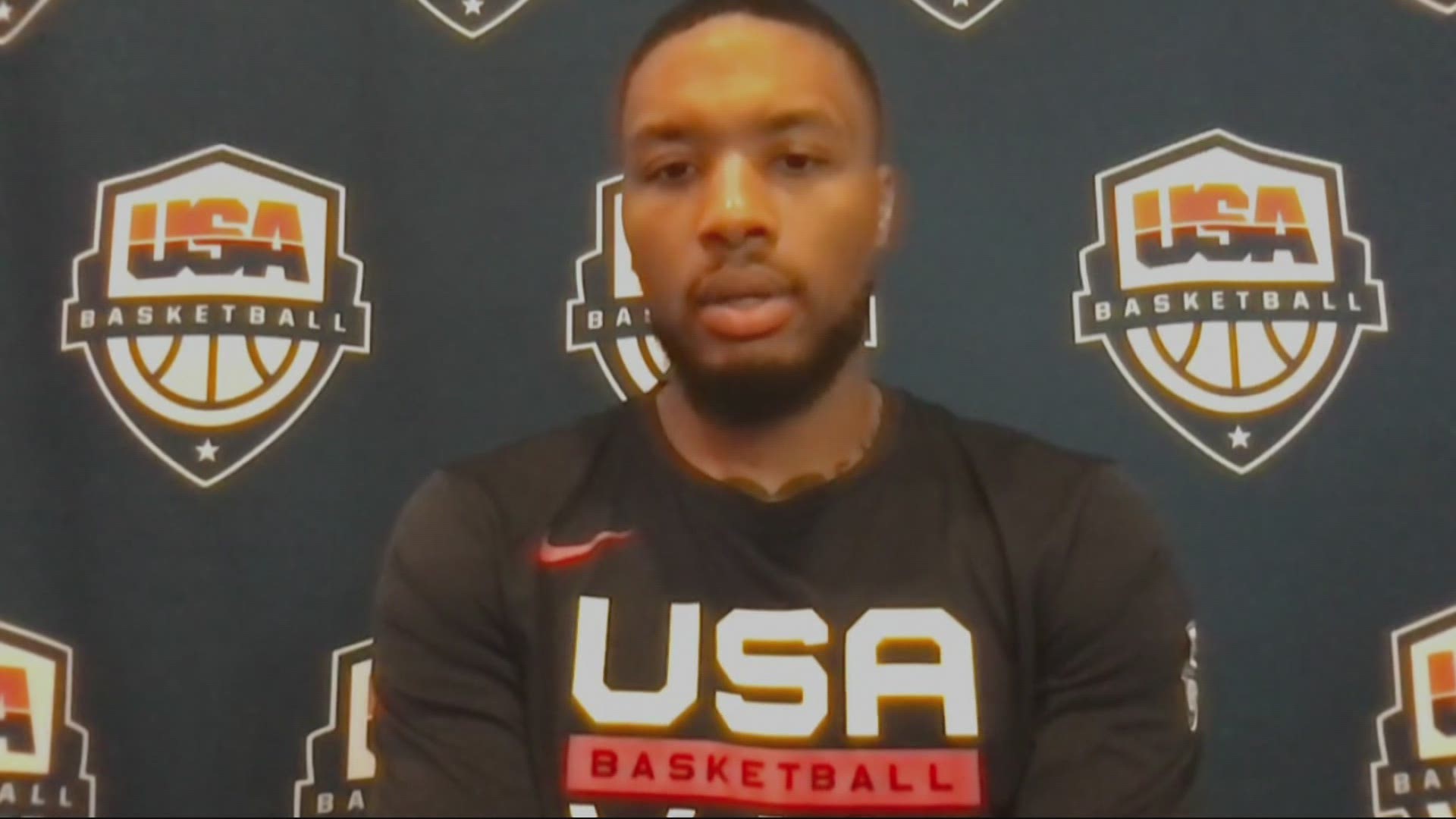 After Lillard refuted the report, he went on to say that he's still not sure what the future holds for him and the Blazers.

"I haven't made any firm decision on what my future will be," Lillard said. "There's really no need for anyone else to speak for me. If there's something to be said, I'll speak directly with my team and with [Portland Trail Blazers president of basketball operations] Neil [Olshey]."

"Yeah, we are. We'll talk," Lillard said. "But I mean, I'm playing for USA basketball. Obviously with everything being out there right now, we'll speak. You know, they were going to be here regardless. Every time I've done USA, they've come out to support. This time, there's a conversation to be had. So, I think people are looking at it like this big, crazy meeting, something crazy, when, you know, there's just a conversation to be had."

After a disappointing finish to the season, in which the Blazers lost to a beat-up Denver Nuggets team missing its second-best player, Lillard said he's had conversations with Olshey about the direction of the team. He said the meetings are normal offseason occurrences, but on multiple occasions Friday he referred to this summer's meetings as "more urgent."

Lillard was asked about Olshey's comment at the end of the season that the roster wasn't responsible for the Blazers' lackluster defense or poor finish to the season. Lillard said while he didn't disagree that "maybe [new head coach] Chauncey [Billups] can really change our team and make us a better team," he also stressed that more must be done this offseason.

"If you look at our team as it is going into next season, I don't see how you can say this is a championship team, that we just need a new coach, when we lost in the first round to a team that was hurt," he said.

The first report about Lillard's uncertain future in Portland came in late June. On June 27, Haynes reported that league sources told Yahoo Sports that "the enormous backlash from the Portland Trail Blazers' process to hire a new coach and his concerns on whether a championship contender can be built have become factors that may push the franchise player — Damian Lillard — out the door."

On July 8, Lillard addressed that report.

"It’s been a lot of talk, and nobody’s heard me say any of these things," Lillard said. "Anything that I have to say, I am going to say it directly to Neil [Olshey] and I’m going to address it with my team. So, I don’t really have anything to say to you guys about it. Everything that I need to say and I feel has been said to Neil. There is really nothing else that I have to say about it."