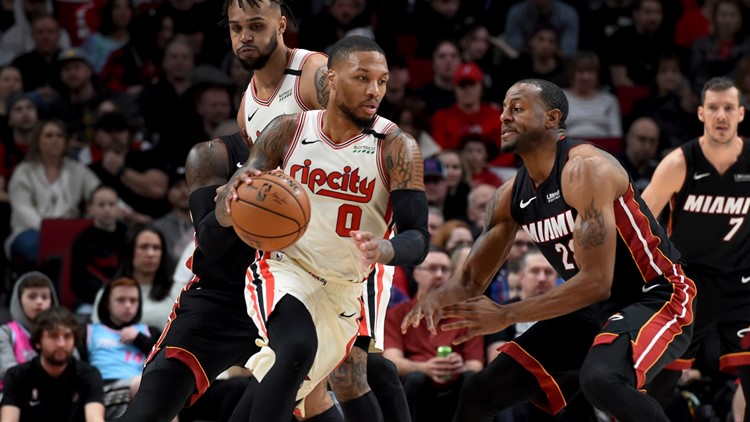 PORTLAND, Ore. — Damian Lillard had 33 points and eight assists to lead the Portland Trail Blazers to a 115-109 win against the Miami Heat on Sunday night at the Moda Center.

The Blazers (25-29) have now won six of eight games and kept pace with the Memphis Grizzlies in their playoff race for the eighth seed in the West. The Grizzlies beat the Washington Wizards earlier Sunday and lead the Blazers by two and a half games.

Gary Trent Jr. continued to play well, hitting five 3-pointers and scoring 22 points. He also had four rebounds and four steals in 33 minutes. He's averaging 14.6 points In the past 11 games.

Trevor Ariza scored a season-high 21 points for the Blazers and Hassan Whiteside had 11 points, 17 rebounds and four blocks.

Have a question you'd like us to answer on next week's podcast? Email us here