"The guys in the locker room are special. It's been a special season. Always tough to lose the last game of the year, but I couldn't be more proud of the group that we've had," said Portland head coach Terry Stotts. 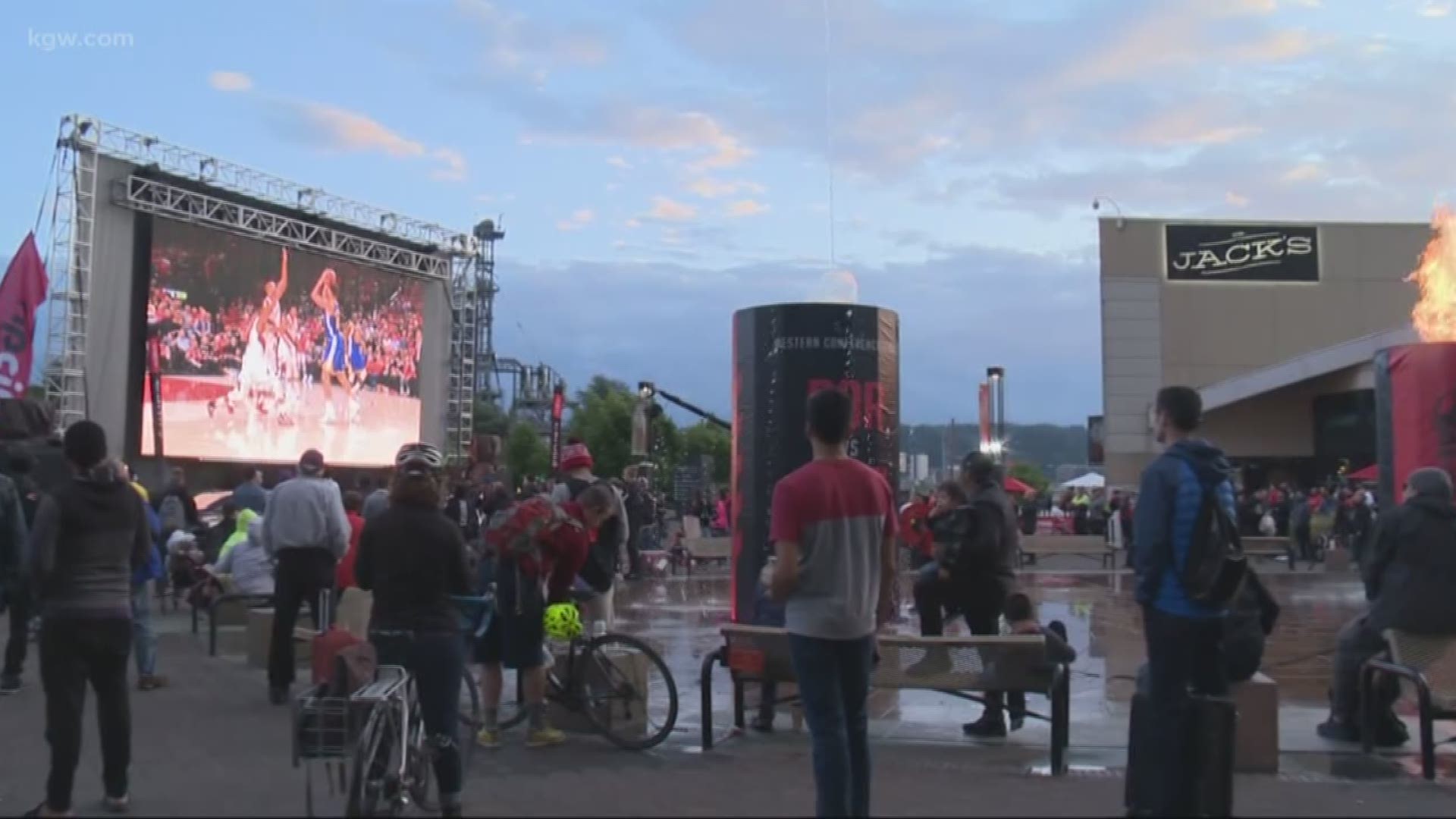 On the KGW News app? Tap here to view

PORTLAND, Ore. — A season that Portland will cherish for a long time came to an end in fitting fashion Monday night, with a thrilling overtime game that came down to a last-second shot inside the Moda Center.

It was only after a stepback, fadeaway 3-pointer by Damian Lillard bounced off the side of the rim as time expired in overtime that the Warriors were able to escape Portland with a 119-117 win. Give credit to Golden State, which advanced to its fifth consecutive NBA Finals, something that hasn't happened since the Boston Celtics dynasty more than 50 years ago.

But back to the Blazers. Before the season began, most NBA pundits picked Portland to win between 36 and 42 games and miss the playoffs. No matter. The Blazers are used to being counted out. They ignored the critics and won 53 games to earn the No. 3 seed in the West.

Throughout the season, Portland was flooded with adversity. Beloved team owner Paul Allen died before the season began. Starting center Jusuf Nurkic, the team's second- or third-best player (Nurkic is to the Blazers as Draymond Green is to the Warriors), was lost for the season when he broke his leg during a game in late March. The injury was so gruesome, it sent opposing players running to the other side of the court, silenced the Moda Center crowd, and cast a pall over the city of Portland for days after it happened.

Assistant coach Jonathan Yim, who has a close relationship with many players on the team, was in a horrific car accident right before the start of the second round of the playoffs. And shortly after Game 3 of the Western Conference finals, we learned that Lillard, the Blazers' superstar, and the heart and soul of this team, was playing through "separated ribs," an injury so painful he told reporters it hurt to breathe.

Through it all, the team that nobody expected to even advance past the first round of the playoffs — the entire panel of NBA experts for ESPN picked the Thunder to beat the Blazers in the first round — dispatched Russell Westbrook, Paul George and the Thunder in five games, and then edged Nikola Jokic and the second-seeded Denver Nuggets in a grueling, back-and-forth seven-game series to advance to the Western Conference finals for the first time since the 1999-2000 season.

"We just kept answering the call," Lillard said. "And that takes a group of guys ... trusting each other, leaning on each other. It takes a real group to be able to come together in those hard times. ... And I thought we did that."

"The guys in the locker room are special. It's been a special season. Always tough to lose the last game of the year, but I couldn't be more proud of the group that we've had," he said.

Meyers Leonard, who drew the start at center for the second game in a row and had the game of his career (more on that later), said seasons like this resonate so deeply for both the players and the fans because of the connection between the team and the city that loves it.

"This is our first time [advancing to the Western Conference finals] in 19 years, so that's pretty special," he said. "You know, this is a city that embraces our team and embraces this organization, and it was, for me personally, it was incredible, honestly, to be out on the floor and to feel that feeling. But now we have to find a way to take another step."

So the season ended Monday night. And though Portland was swept in the West finals against the Warriors, it wasn't an easy out for the two-time defending champions. The Blazers challenged the Warriors, forcing Golden State to rally from double-digit deficits in each of the final three games of the series. Warriors head coach Steve Kerr said nothing about the series was easy.

"We had to fight and scrap. In the end, it's a sweep, but we had to scrap and claw for three of the four victories," Kerr said. "This was more difficult than it may have appeared."

Golden State was the better, more experienced team, and they had another gear they were able to engage when things were stacked against them.

"They know how to make things difficult for opponents," Stotts said after Game 4. "They help each other. They pass. They trust each other and I think it's, when they've been rewarded year after year after year with that style of play, there's a reason to trust it."

Portland got a big boost for the second game in a row from Leonard. He scored 25 first-half points, and finished with 30, the most points he's scored in any NBA game, regular season or playoffs. He hit 12 of 16 shots from the field, including 5 of 8 3-pointers, and added 12 rebounds and three assists.

Lillard and Leonard were selected by the Blazers in the first round of the 2012 NBA draft, just five picks apart. Leonard is Lillard's longest-tenured teammate, and the two have been through a lot together. After the game, Lillard said nobody's happier about Leonard's big moment than he is.

"Not just this year, but over the last seven years, a lot of people have had a lot to say about [Meyers] and what he doesn't do and all those things," Lillard said. "As NBA players, they get online and they say things, and they don't really know what goes on behind closed doors. They say things without knowing -- knowing, but without taking into consideration that we're people, and we go home to families and friends and kids like everybody else, and they just beat you down, beat you down, and I think he's been through that.

"So to see him have a moment like he had tonight, and being here with him from Day 1, nobody was more happy for him than I was, and it was a great night for him."

Lillard was great in Game 4, too. He had 28 points, 12 assists and four rebounds to cap off what he called a "great playoff performance."

Stotts said Lillard's Game 4 performance, especially considering he was playing through a painful injury, was a demonstration of how special Lillard is.

"I've said many times, Damian not only is a special player, but he's a special person," Stotts said. "He's a great competitor, and he hates to lose, and wants to do whatever it takes to win a game. I think the way he competed tonight was a demonstration of that."

"Yeah, I did," Stotts said. "I thought it was going to. Kind of meant to be. When he shot it, it had good arc. Yeah, I thought it had a chance."

After the game, Stotts tipped his cap to the Warriors, one of the greatest teams in NBA history.

"We couldn't get over the hump," Stotts said. "I think it was more a demonstration of how good they are, and how good they have been over the years. They find ways to win. ... They have a confidence about them. They feel like they are never out of a game, and they have the experience because they've done it before."

KGW's Orlando Sanchez and Jared Cowley were at the Moda Center to cover Game 4. Watch postgame interviews here, and re-experience Game 4 with social media updates from Orlando, Jared and other members of the Portland, Bay Area and national media, from before, during and after the game.